Monkeypox outbreak could be used to justify expansion of medical surveillance 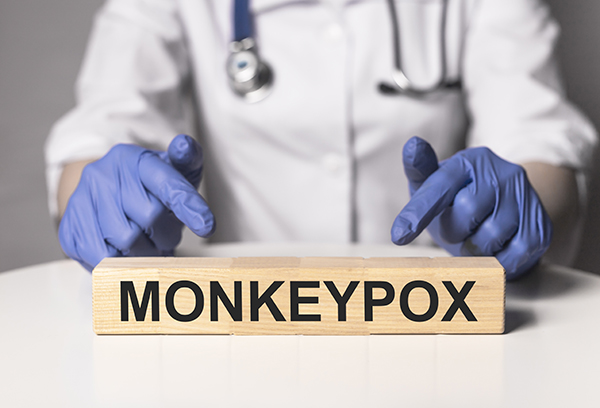 (Natural News)
Governments around the world may use the monkeypox outbreak to establish and expand their medical surveillance systems.

Organizations like the World Economic Forum (WEF) are calling on governments around the world to do more to prevent future pandemics by supposedly expanding their ability to predict, detect and prevent diseases. This is meant to be done through an expansion of global surveillance networks.

Writing for the WEF’s website, British health charity Wellcome Trust Director Dr. Jeremy Farrar argued that there are already surveillance networks for many diseases and it would be simple to expand these existing networks to cover other diseases.

He also used examples from the Wuhan coronavirus (COVID-19) pandemic of surveillance systems supposedly being able to deal with new outbreaks and the emergence of new variants.

“It was the well-established disease testing and surveillance networks in South Africa that alerted the world to the dangers of the omicron variant,” he wrote.

Farrar further proposed that local and country-level surveillance systems be joined together with other collaborative public health organizations. The data these different agencies have will be shared and collated under a global health platform like the World Health Organization‘s Surveillance Hub in Berlin “to ensure rapid, open and trusted access to reliable information.” (Related: WHO partners with German telecom company to create global COVID-19 vaccine passport app.)

Dr. Dave Martin, in an interview with Clay Clark on Brighteon.TV‘s “Thrive Time Show,” noted that it is unforgivable that America’s leaders are not standing up to these blatant attempts to surveil Americans.

“Here’s the bottom line people. This is a moment of cowardice – supreme cowardice – among most of our elected officials, among most of our appointed officials,” Martin continued. “And the fact of the matter is, we are suffering a deficit of moral leadership that has the ability to say we can articulate what it means to be human, we value what it means to be human and we will fight for that humanity at all cost.”

Only 25 monkeypox cases in the US, still zero deaths

There are now over 700 cases of monkeypox around the world, including 25 in the United States.

There are five cases each in California and New York and two each in Utah, Illinois and Colorado. Washington State, Virginia, Pennsylvania, Massachusetts, Hawaii and Georgia all have one case of monkeypox each.

While the Centers for Disease Control and Prevention believes there may be more cases that have gone under the radar, it also noted that no deaths have been reported in the outbreak anywhere in the world. In America, most of the monkeypox cases have recovered without requiring hospitalization.

Learn more about the expanding surveillance state at Surveillance.news.

Watch the June 2 episode of “Thrive Time Show” as host Clay Clark talks to Dr. Dave Martin about how the monkeypox outbreak could be used as a justification to expand the medical tyranny surveillance state.

Globalists want to track your “individual carbon footprint” for total control over your travel, food and consumption of goods.