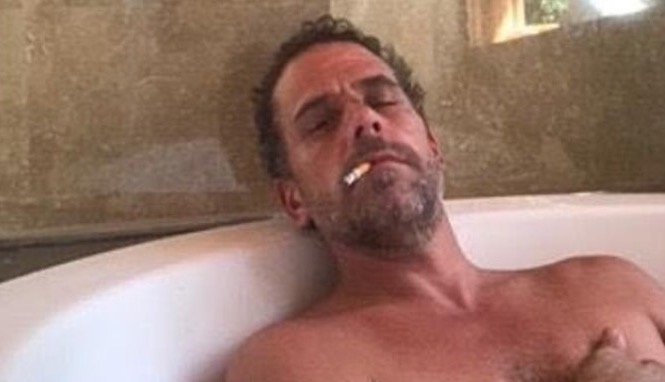 Hunter Biden and his firm earned more than $11 million from 2013-2018, according to analysis by NBC News.

“[Hunter] Biden made $5.8 million, more than half his total earnings from 2013 to 2018, from two deals with Chinese business interests.” NBC reported.

Biden hid most of his payments to “The Big Guy,” hookers, strippers and drug dealers by withdrawing a lot of cash.

According to text messages found on Hunter Biden’s laptop, Joe Biden received between 10% and 50% of Hunter’s money.

Hunter Biden made the money as a board member of Burisma, a corrupt Ukrainian natural gas company and by working with businessmen connected to the Chinese Communist Party – while his father Joe Biden was Vice President.

Hunter Biden is currently under federal investigation for possible tax evasion, money laundering and his business dealings with China and Ukraine.

From 2013 through 2018 Hunter Biden and his company brought in about $11 million via his roles as an attorney and a board member with a Ukrainian firm accused of bribery and his work with a Chinese businessman now accused of fraud, according to an NBC News analysis of a copy of Biden’s hard drive and iCloud account and documents released by Republicans on two Senate committees.

The documents and the analysis, which don’t show what he did to earn millions from his Chinese partners, raise questions about national security, business ethics and potential legal exposure. In December 2020, Biden acknowledged in a statement that he was the subject of a federal investigation into his taxes. NBC News was first to report that an ex-business partner had warned Biden he should amend his tax returns to disclose $400,000 in income from the Ukrainian firm, Burisma. GOP congressional sources also say that if Republicans take back the House this fall, they’ll demand more documents and probe whether any of Biden’s income went to his father, President Joe Biden.

The documents and the analysis indicate that few of Biden’s deals ever came to fruition and shed light on how fast he was spending his money. Expenditures compiled on his hard drive show he spent more than $200,000 per month from October 2017 through February 2018 on luxury hotel rooms, Porsche payments, dental work and cash withdrawals.

Biden has admitted to burning through cash to pay for drugs and partying with strangers who routinely stole from him, and he struggled to pay multiple mortgages or keep up with alimony and child support payments to his ex-wife. In his autobiography, “Beautiful Things,” he says the money from Burisma “turned into a major enabler during my steepest skid into addiction” and “hounded me to spend recklessly, dangerously, destructively. Humiliatingly. So I did.”