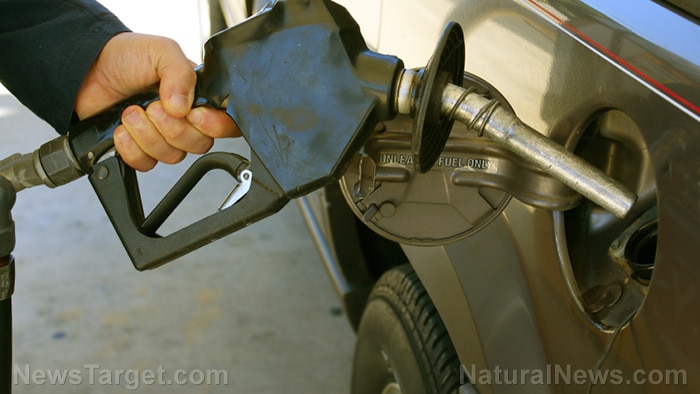 (Natural News)
At least two fuel-related emergency declarations have been issued, one in Nebraska and the other in South Dakota.

That announcement came with an explanation that “several multiple states including Nebraska are experiencing fuel shortages due to high demand for petroleum products.” (Related: One of Germany’s solutions to the ongoing energy crisis is to burn Wuhan coronavirus [Covid-19] face masks for warmth.)

Both EOs stipulate that logistics carriers can no longer require fatigued drivers to operate their trucks against their will. Any driver who notifies a motor carrier that he or she needs immediate rest is to be granted at least 10 consecutive hours off-duty before being required to return to work.

Will the United States make it through the coming dark winter?

In case you missed it, diesel supplies are especially tight, specifically on the East Coast and in some parts of the south. A day before Gov. Noem issued the EO for South Dakota, Mansfield Energy issued a supply alert for diesel fuel markets on the East Coast due to “rapidly devolving” energy market conditions.

The company noted that “markets are now seeing extremely high prices in the Northeast along with supply outages along the Southeast.”

About a week prior to that, the Energy Information Administration (EIA) reported that the United States diesel fuel reserve only had a 25-day supply of diesel – meaning if all diesel production were to stop, which it has not, just to be clear, then 25 days later the country would run completely dry of diesel.

Since that time, the 25-day reserve window appears to still be in place, meaning enough diesel is being produced and delivered to where it needs to be to prevent that window from shrinking further. However, demand for diesel fuel and associated diesel products is sky-high, making this a really bad combination of factors.

The Biden White House has promised to continue “monitoring” fuel supplies while working in some unknown way to increase fuel reserves.

The latest claim from the corporate-controlled media is that the U.S. is just fine and will not run out of diesel in a few weeks. An Associated Press (AP) “fact check” determined that there will be enough diesel for the U.S. to make it through the impending dark winter.

“When the inventory was in 35 days last year we didn’t run out of diesel,” said University of Houston lecturer Ed Hirs, likening the 25-day supply rhetoric for diesel to a grocery store that has so many weeks’ worth of milk in stock. “In 25 days, we’re not running out of diesel.”

“It’s gotten to uncomfortable territory, but as recently as 2019, that number did drop to 26.0 days, so basically just fractions from where it is now,” added Patrick De Haan, a fuel analyst for GasBuddy. “But again, that does not mean we’re going to run out.”

Though “low by historical standards,” diesel supplies in the U.S. typically only average around 30 days to begin with, meaning we are just five days’ worth of diesel short of that average figure at the current time.

More news coverage about the ongoing energy crisis can be found at EnergySupply.news.