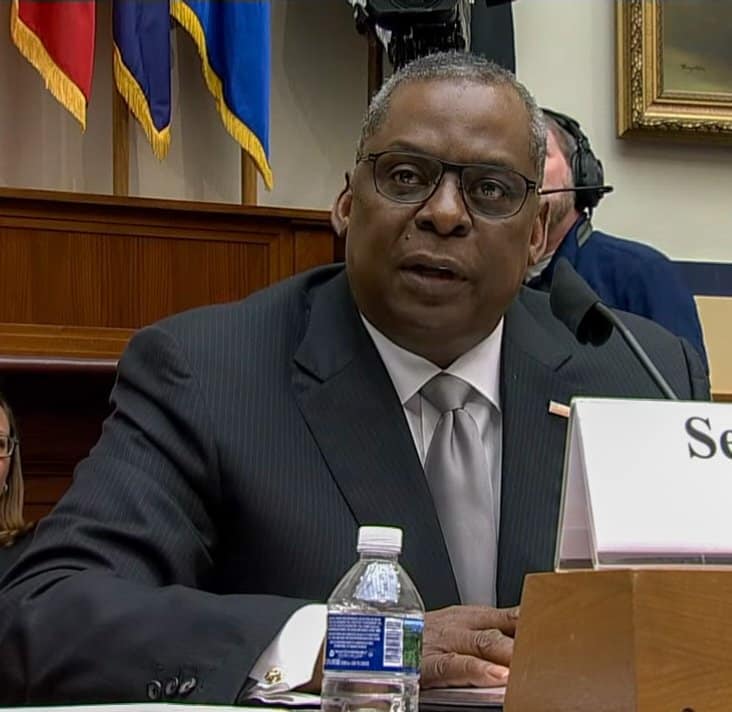 The Pentagon on Thursday announced it will pay for service members to travel for abortions.

“Our Service members and their families are often required to travel or move to meet our staffing, operational, and training requirements. Such moves should not limit their access to reproductive health care,” Pentagon Chief Lloyd Austin wrote.

Earlier this year Lloyd Austin said he was going to evaluate the Defense Department’s policies in response to the Supreme Court’s decision to overturn Roe v Wade.

According to federal law, troops cannot use their Tricare health insurance to pay for abortions.

TRENDING: 18 Questions for Ronna McDaniel and the RNC as the 2022 Midterm Quickly Approaches

Furthermore, female servicemembers will only have access to private medical facilities that perform abortions in states that allow the procedure following the Supreme Court’s ruling on Roe v Wade.

The Pentagon will pay for service members to travel to obtain abortions, in a move the military says will ease the burden on troops who wish to receive reproductive care and are stationed in states where the procedure is no longer legal, the department announced Thursday.

Defense Secretary Lloyd Austin on Thursday directed the Defense Department to establish travel and transportation allowances to ensure service members and their dependents have access, according to a memo.

Austin noted that “significant numbers” of service members and their families will be forced to travel, take time off work, and pay more out of pocket to receive reproductive care.

“In my judgment, such effects qualify as unusual, extraordinary, hardship, or emergency circumstances for Service members and their dependents and will interfere with our ability to recruit, retain, and maintain the readiness of a highly qualified force,” he wrote.