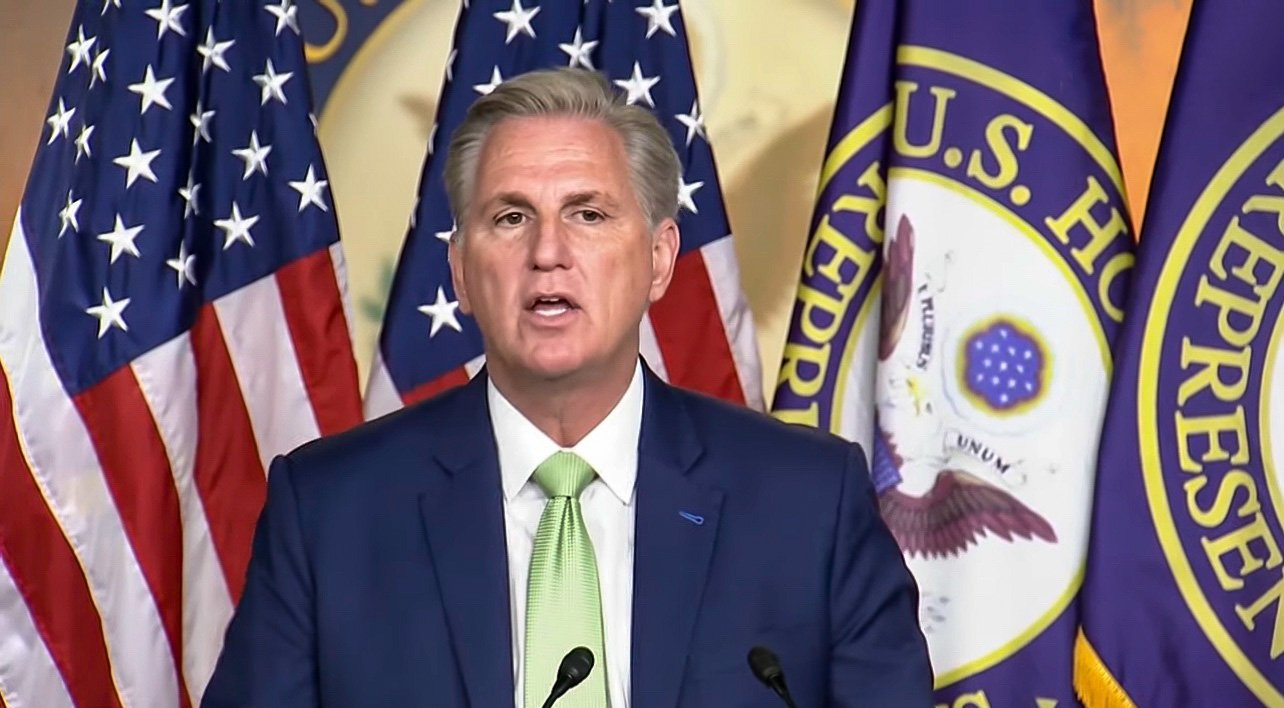 GOP Minority Leader Kevin McCarthy on Wednesday pulled all five of his Republican members from Pelosi’s partisan January 6 committee after the Speaker vetoed his appointment of Reps. Jordan and Banks.

Reps. Jim Jordan (OH) and Jim Banks (IN), both strong allies of Trump.

“With respect for the integrity of the investigation, with an insistence on the truth and with concern about statements made and actions taken by these Members, I must reject the recommendations of Representatives Banks and Jordan to the Select Committee,” Pelosi said. “The unprecedented nature of January 6th demands this unprecedented decision.”

TRENDING: Get Woke-Go Broke: US Women’s National Soccer Team Gets Skunked in 3-0 Loss to Sweden in Olympic Opening – Devastating Blow

McCarthy responded by pulling all five Republicans and said Pelosi was abusing her power.

“Speaker Nancy Pelosi has taken the unprecedented step of denying the minority party’s picks for the Select Committee on January 6. This represents an egregious abuse of power and will irreparably damage this institution. Denying the voices of members who have served in the military and law enforcement, as well as leaders of standing committees, has made it undeniable that this panel has lost all legitimacy and credibility and shows the Speaker is more interested in playing politics than seeking the truth,” McCarthy said in a statement.

“Unless Speaker Pelosi reverses course and seats all five Republican nominees, Republicans will not be party to their sham process and will instead pursue our own investigation of the facts,” McCarthy added.