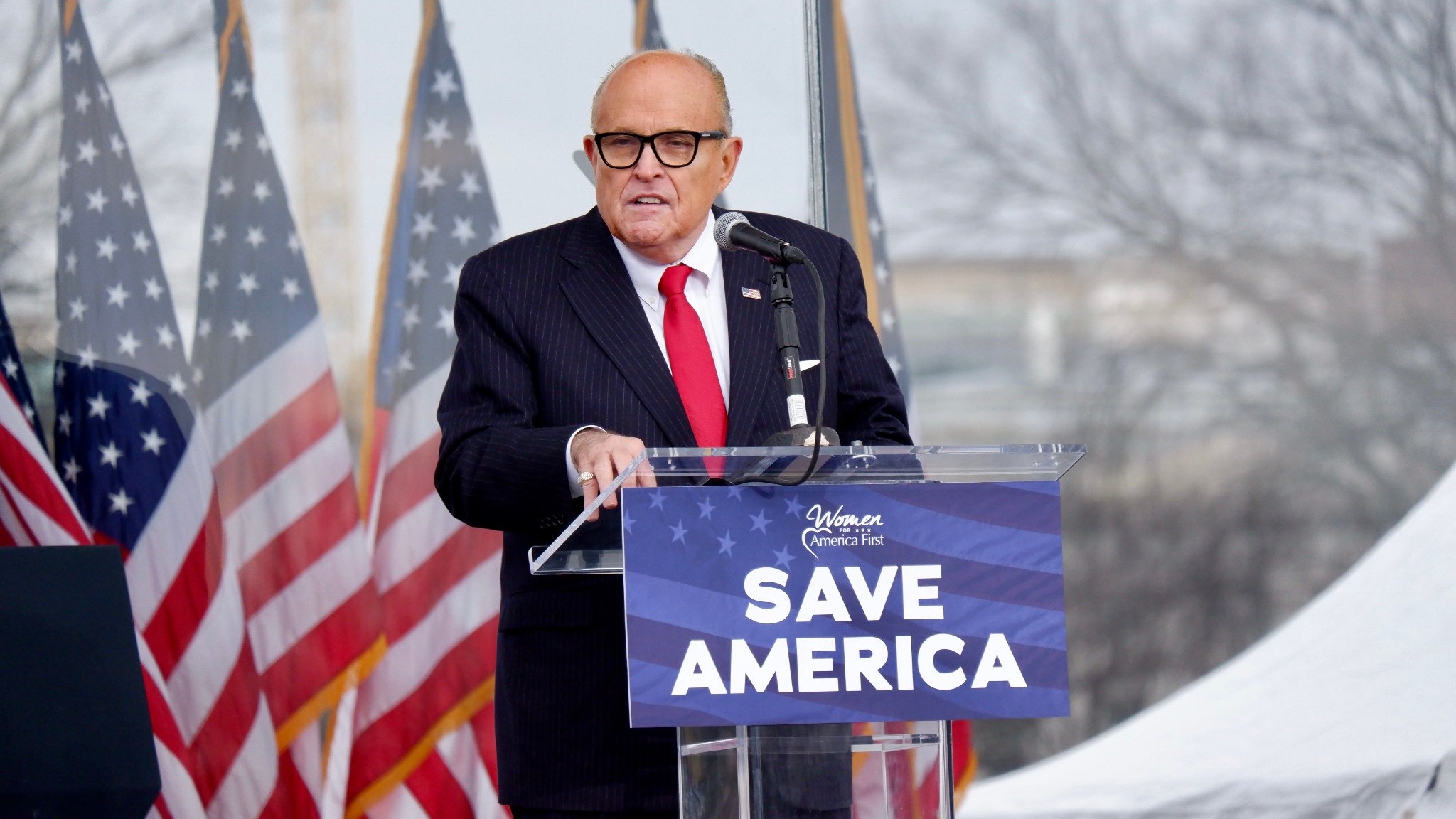 The New York State Bar Association may expel Trump’s personal lawyer Rudy Giuliani for ‘provoking a mob’ to storm the US Capitol.

To be clear, the New York State Bar Association cannot disbar Rudy Giuliani, however if they expel him from its membership it would prevent Rudy from representing President Trump in pending litigation or an impeachment trial.

“This decision is historic for NYSBA, and we have not made it lightly. We cannot stand idly by and allow those intent on rending the fabric of our democracy to go unchecked,” NYSBA said in a statement.

“NYSBA has received hundreds of complaints in recent months about Mr. Giuliani and his baseless efforts on behalf of President Trump to cast doubt on the veracity of the 2020 presidential election and, after the votes were cast, to overturn its legitimate results. As widely reported, these efforts included the commencement and prosecution of court actions in multiple states without any evidentiary basis whatsoever. In each and every instance, these actions were appropriately dismissed by the courts in which they were brought,” the association said.

The Democrat-media complex is using the chaos at the US Capitol last week as a pretext to label Trump supporters domestic terrorists.

Last Wednesday President Trump repeatedly called for peace and law and order, however the left is blaming him for the chaos at the Capitol.

Not all protesters who stormed the US Capitol last week were Trump supporters.

In fact, according to a former FBI agent who was on the ground at the Capitol last week, at least one bus load of Antifa terrorists infiltrated the Trump demonstration as part of a false flag operation.

Big Tech used the chaos at the Capitol to purge President Trump and thousands of his supporters from social media platforms.

The left’s ultimate goal is to ‘unperson’ every Trump supporter and make them destitute.