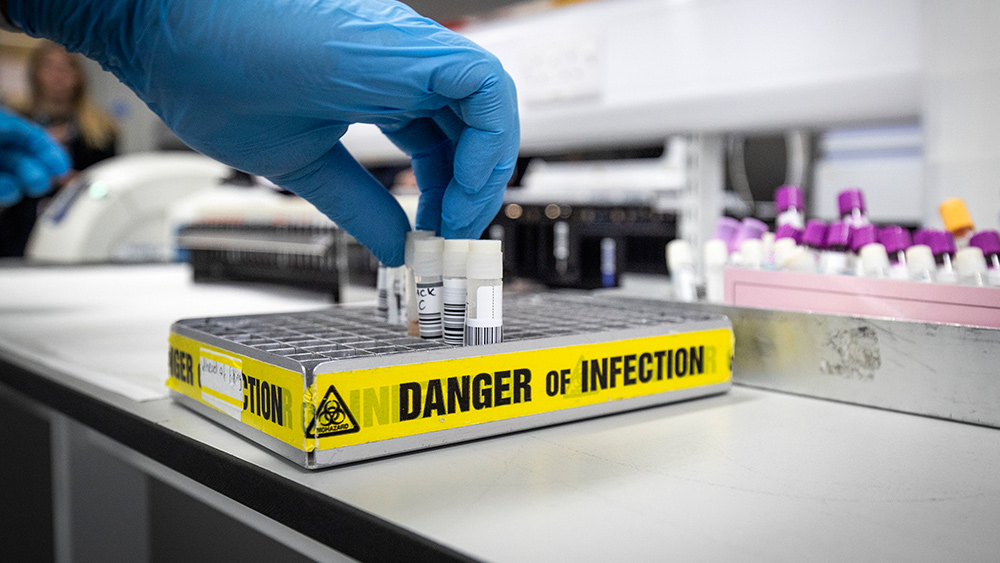 (Natural News)
A letter from the National Institute of Health (NIH) showed that a grant was in fact given for gain-of-function research at the Wuhan Institute of Virology (WIV), contrary to what Dr. Anthony Fauci told the Senate.

The letter indicated the NIH grant was awarded to the EcoHealth Alliance and then sub-awarded to the WIV. The lab then funded a research project in 2018 and 2019 that tested whether or not “spike proteins from naturally occurring bat coronaviruses circulating in China were capable of binding to the human ACE2 receptor in a mouse model.”

Gain-of-function research is done to improve the ability of a pathogen to cause disease. It usually involves extracting viruses from animals to artificially engineer in a laboratory to make them more transmissible and deadly.

Ebright said that in the letter, the NIH “corrects untruthful assertions by NIH Director [Francis] Collins and NIAID [National Institute of Allergy and Infectious Diseases] Director Fauci that NIH had not funded gain-of-function research in Wuhan.”

Fauci has repeatedly denied any NIH money went to such research, but his organization has given millions of dollars in grant money to EcoHealth Alliance, which funneled at least $600,000 to Wuhan coronavirus research. The NIAID director has also testified before Congress stating multiple times that NIH does not fund gain-of-function research in Wuhan.

Ebright said that the NIH’s letter showed that EcoHealth Alliance violated the terms and conditions of the grant.

The letter pointed out that the coronavirus studied under the grant likely became SARS-CoV-2, which causes the Wuhan coronavirus (COVID-19) disease.

Senator Tom Cotton, who was mocked for suggesting that the coronavirus might have escaped from the Wuhan lab, said that Fauci knew and that he should be investigated and prosecuted to the fullest extent of the law.

A book from an investigative reporter in Australia accused Fauci of misleading the Trump administration regarding the gain-of-function research in China. In her book “What Really Happened In Wuhan,” Sharri Markson detailed Fauci’s role in kickstarting gain-of-function research in the U.S. after a ban was introduced by former President Barack Obama. (Related: Former FDA Commissioner: Fauci funded gain of function on EVEN DEADLIER MERS-like coronaviruses.)

In September, leaked documents obtained by private research group DRASTIC completely contradict claims made by China and Fauci about the research done inside the WIV that may have caused the pandemic. A separate report showed that the documents released by DRASTIC revealed plans to create a coronavirus that would be more infectious and transmissible via humans.

NIAID said in a statement that Fauci has been “entirely truthful” in the matter, stating that gain-of-function is a broad term and that the the agency’s director has made it clear in numerous public appearances that the research in question did not fit the definition.

The statement also noted that the analysis of the genomic data from the grantee demonstrates that naturally occurring bat coronaviruses are genetically far distant from SARS-CoV-2 and that it could not have caused the COVID-19 pandemic.

Get more updates about the COVID-19 situation at Pandemic.news.