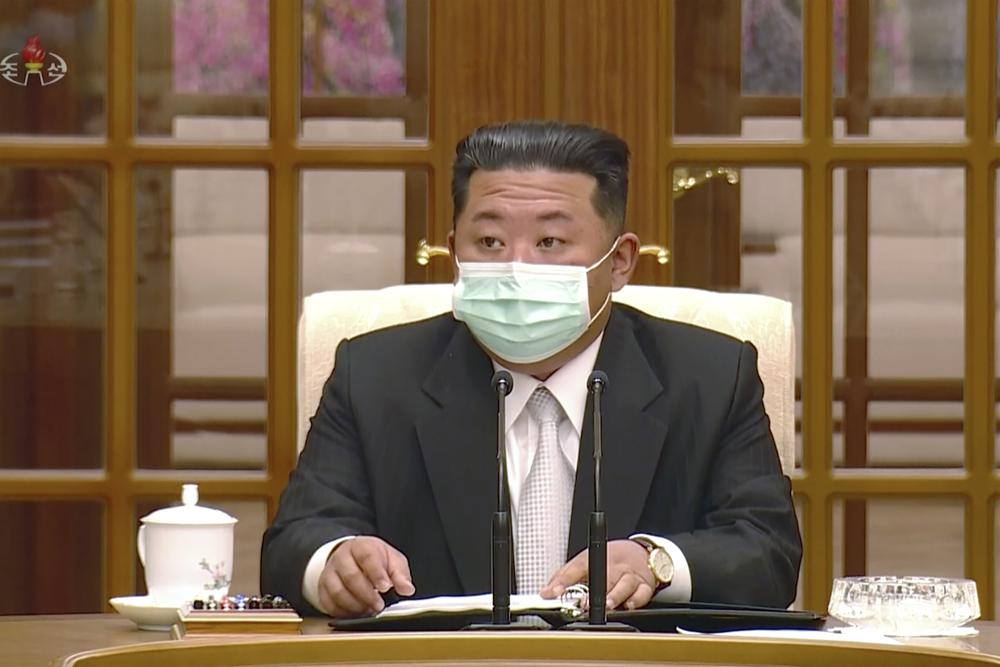 While COVID has allegedly killed over a million people in the United States and taken the lives of over 6 million globally, impoverished North Korea has the lowest COVID-19 death rate in the world.

Despite its grossly malnourished population, just 69 people in the country have died from the virus since its government acknowledged a COVID outbreak for the first time during the pandemic on May 12th.

The communist hermit kingdom has limited access to vaccines and PCR tests and intends to keep it that way.

North Korea has repeatedly rejected vaccines from foreign nations throughout the pandemic while its state-run media regularly reports on the rampant adverse reactions to mRNA technology in the United States and the United Kingdom.

Instead, North Korea’s leaders are treating the virus with traditional medicine, urging the public to treat the virus by consuming willow leaves, ginger, honeysuckle tea and antibiotics including ibuprofen and amoxicillin and gargling with salt water.

A “thousand of tonnes of salt” were reportedly sent to Pyongyang to make an “antiseptic solution.”

The totalitarian country is also rolling out its own COVID-19 vaccine that it calls an “immortal potion of love” from the “Highest Dignity,” leader Kim Jong Un, Radio Free Asia reports. The vaccines are reserved for a limited number of military and construction workers.

Without outside intervention, North Korea has a Covid fatality rate of 0.002 percent.

“Our country set a world record for having no single (COVID-19) infection for the longest period … and we’ve now made an achievement of reversing the tide of the abrupt outbreak in a short period,” the main Rodong Sinmun newspaper said Thursday. “This evidently proves the scientific nature of our country’s emergency anti-epidemic steps.”

While confirming the actual scale of the outbreak is nearly impossible in the isolated communist nation, if accurate, the small number of COVID deaths in the isolationist nation further showcase

There is “wide disbelief over North Korea’s tiny COVID death rate,” the Associated Press reports in an article featuring several experts who are aghast by the low number of COVID-19-related fatalities.

Lee Yo Han, a professor at Ajou University Graduate School of Public Health in South Korea, told the Associated Press insists the secretive country is underreporting its tiny fatality rate.

“Scientifically, their figures can’t be accepted” and “were likely all controlled (by the authorities) and embedded with their political intentions,”  Han told the publication.

“Every morning, North Korea releases details about the number of new patients with fever symptoms, but not with COVID-19,” the AP notes. “North Korea’s daily fever tally peaked at nearly 400,000 early last week; it has nosedived to around 100,000 in the past few days. On Friday, it added one more death after claiming no fatalities for three consecutive days.”

Shin Young-jeon, a professor of preventive medicine at Seoul’s Hanyang University the Hanyang, warns the country will suffer mass pandemic fatalities without providing its population with mRNA gene-editing technology.

The outbreak could eventually kill more than 100,000 if people remain unvaccinated and die at the same death rate as in South Korea, Youn-jeon said.

Meanwhile, the United States has the highest COVID death rate in the world despite mandating COVID vaccines.

The reported fatality rate for COVID was .03% without any intervention. Omicron was much less dangerous than the initial strain, so it sounds like they’re right in line with expectations. The entire world could have been just like them.

More people have died after receiving a COVID jab than from any other vaccine in history, while Americans died in hospitals when admitted with COVID as medical practitioners abide by CDC and NIH emergency protocols.

I can believe they didn’t have as many deaths.
They probably didn’t lock people away from loved ones hooked up to vents and IV’s of remdesivir so…