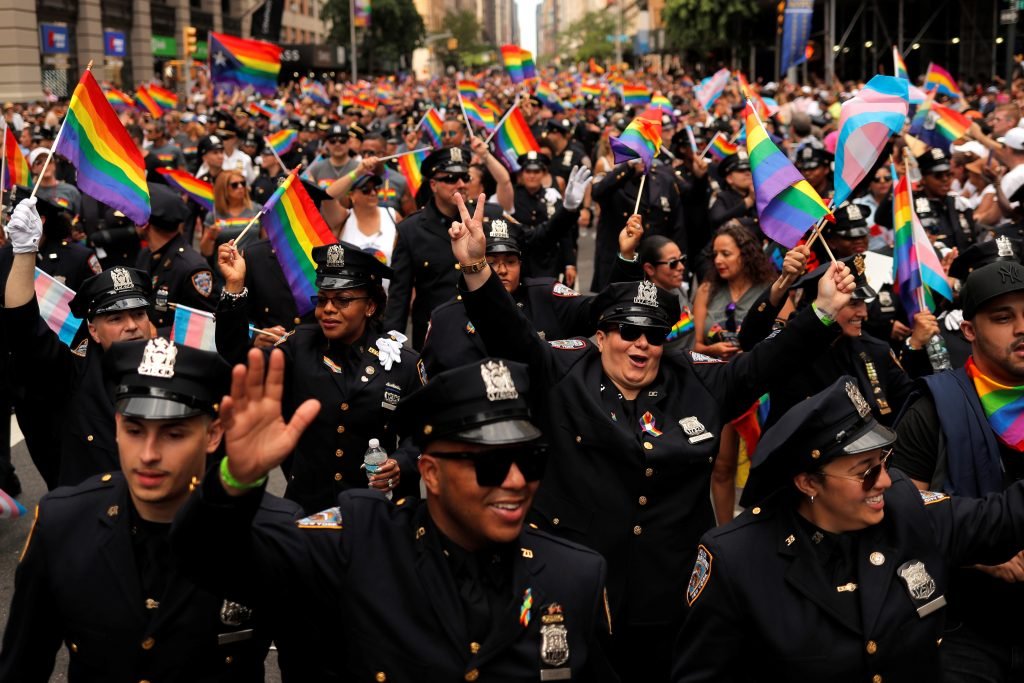 The New York City Pride has banned law enforcement officers from participating in pride parades until at least 2025.

The organization claims that they are banning police because they are “unwilling to contribute in any way to creating an atmosphere of fear or harm for members of the community.”

“Effective immediately, NYC Pride will ban corrections and law enforcement exhibitors at NYC Pride events until 2025. At that time their participation will be reviewed by the Community Relations and Diversity, Accessibility, and Inclusion committees, as well as the Executive Board. In the meantime, NYC Pride will transition to providing increased community-based security and first responders, while simultaneously taking steps to reduce NYPD presence at events,” the organization said in a statement.

NYC Pride said that they will be spending more money on private security so that they can cut back on NYPD involvement.

“NYC Pride does not currently mention, spotlight, interview, or otherwise promote law enforcement across its social media channels, digital content, Pride Guide, or any other owned media. As such, NYC Pride will not allow NYPD to speak at its events or use any NYC Pride platform. All changes related to police and NYPD will be communicated to volunteers, media, and third-party vendors to ensure enforcement beyond the 2020-2021 Pride season,” the statement continues.

After banning police, they are also asking for a favor and requesting that NYPD officers assigned to protect and monitor the parade keep a block’s distance from the festivities at all times.

The Gay Officers Action League said they were “disheartened” by the ban.

“Heritage of Pride is well aware that the city would not allow a large scale event to occur without police presence. So their response to activist pressure is to take the low road by preventing their fellow community members from celebrating their identities and honoring the shared legacy of the Stonewall Riots,” says GOAL President Brian Downey.

He continued on to say that “it is demoralizing that Heritage of Pride didn’t have the courage to refer to GOAL by name in its announcement, referring to us only as ‘Law Enforcement Exhibitors.’ The label is not only offensive but dehumanizing for our members.”