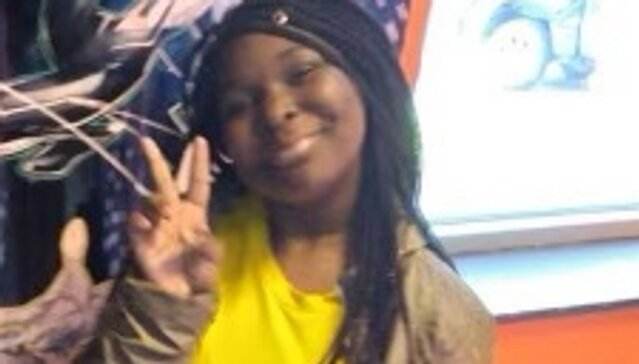 Cincinnati police reported Tuesday about a horrific murder of a 13-year-old Black girl who was stabbed to death by another 13-year-old Black girl during an argument in their Winton Hills neighborhood. The deadly stabbing occurred Monday, the night before Black teen girl Ma’Khia Bryant was shot to death by police in Columbus, Ohio as she tried to stab another teen girl. Unfortunately for the girl in Cincinnati, there were no police officers present to save her life as happened in Columbus.

On April 19, 2021, at approximately 9:08 PM, District Five officers were dispatched to 14 Topridge Place for a report of a person stabbed. Upon arrival, officers located a female victim suffering from a stab wound. Fire personnel responded and transported the victim to Cincinnati Children’s Hospital Medical Center. The victim succumbed to her injuries at the hospital. The victim has been identified as Nyaira Givens, a female 13 years of age.

On April 20, 2021, the Cincinnati Police Department’s Homicide Unit, with the assistance of District 5 patrol officers, charged Janiah Pate, a female 13 years of age, with causing the death of Ms. Givens.

The investigation by the Cincinnati Police Department’s Homicide Unit is ongoing. Anyone with information about this homicide is asked to call the Homicide Unit at (513) 352-3542.

Anyone with information about this homicide investigation is asked to call Police Dispatch at 513.765.1212 or CRIMESTOPPERS at 513.352.3040, text “CINTIP” plus your message to CRIMES (274637) or submit an online tip at TIP411.com. Callers may remain anonymous and may receive compensation for their information.

Police said a fight happened outside of 14 Top Ridge Place Monday night. Officers said a 13-year-old girl who we are identifying at J.P. pulled out a pocket knife and stabbed Nyaira Givens.

…Both girls were in seventh grade at Aiken High School. The incident comes after several other incidents involving teens.

“I would say that what we’ve seen in the last couple weeks falls in line with that trend that we’ve seen locally — that uptick of violent offenses,” said Heather Chura Smith with Hamilton County Juvenile Court.

Givens was one of seven siblings and loved spending time with her family. That time her family is now grieving to get back.

Excerpt from report by the Cincinnati Enquirer:

Officers were called at 9:08 p.m. Monday to Topridge Place in Winton Hills, according to a Cincinnati Police Department release. Police said they found a 13-year-old with a stab wound. The incident happened in the green space between two buildings.

“During a verbal dispute, (the teen) pulled out a pocket knife and cut the victim on the right side of her neck causing her death,” court documents state.

…Another 13-year-old girl was charged Tuesday with murder and attempting to commit a violent offense, according to court records. The teen has no prior offenses in Hamilton County.

Screen image from a video report by WLWT of the accused teen killer’s court appearance Wednesday shows her to be a Black girl.