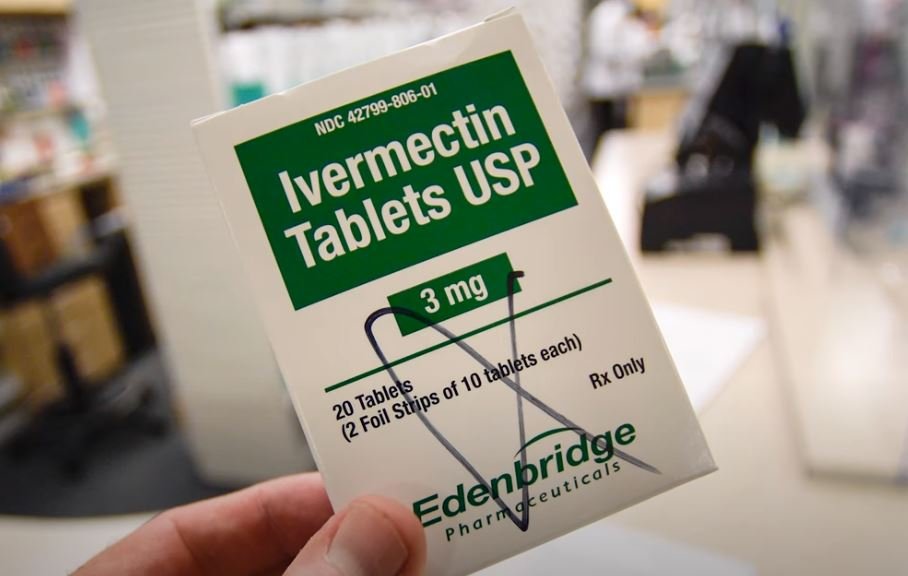 The Gateway Pundit previously reported that a new international report of 64 studies shows Ivermectin has an 86% success rate as prophylaxis and a 67% success rate in the early treatment of coronavirus.

Now, two Oklahoma doctors, Dr. John Sutton and Dr. David Jayne shared their stories about the use of Ivermectin as a treatment for their patients with COVID-19.

Dr. John Sutton is an Internal Medicine Specialist in Woodward, Oklahoma, and has over 38 years of experience in the medical field. He served three nursing homes in Woodward and Dewey county that experienced a COVID-19 outbreak.  And Dr. Jayne works in Edmond, OK, and specializes in Family Medicine and Preventive Care.

TRENDING: Dr. Fauci Admits Vaccines Did Not Work as Advertised and that Vaccinated Are in Great Danger Today (VIDEO)

“The government is trying to overreach their authority… Doctors have been pretty autonomous ever since there was the first doctor. The doctor could think for himself and do what he thought was right for a patient. And I don’t think the government ought to be telling doctors how to practice medicine.” — Dr. John Sutton

“I treat them and guess what? They get better. I can’t stand back and do nothing when I know I can help people.” —Dr. David Jayne

All three nursing homes served by Sutton have experienced COVID-19 outbreaks. The first home experienced an outbreak before vaccines were widely available and before “ivermectin was even in the discussion,” Sutton said.

That nursing home experienced a 30-percent mortality rate among those who contracted the virus, he said.

By the time an outbreak occurred at the second nursing home, both Ivermectin and monoclonal antibodies were known treatments and were provided to residents. Sutton also ordered that all residents be provided Ivermectin “whether they had the disease or not.”

Of 56 residents in that home, only one died from COVID.

“The thing that was different from the first nursing home was the monoclonal antibodies and the ivermectin,” Sutton said.

When the third nursing home had an outbreak, a similar course of treatment was pursued. Out of 75 residents, only one died.

Sutton concedes his experience is an “anecdotal thing” and not “a definite study,” but he said the results are hard to ignore.

“I can’t definitely say ivermectin worked,” Sutton said. “It sure seemed, in my little world, seemed to work. And nobody—absolutely nobody—had any side effects from it.”

Other Oklahoma doctors report similar outcomes. Dr. David Jayne, a board-certified family practitioner in Edmond, said he has prescribed ivermectin for hundreds of patients with COVID and achieved “extremely high results.” Of that total, he said only one patient was hospitalized and “no one on a ventilator, no one died.”

Those treated by Jayne have been as old as 93.

As a cardiologist, Dr. Dwayne Schmidt said primary care is far from his focus, but patients “seek me out” because they know he is “open” to prescribing ivermectin for this disease due to the overwhelming supportive data from around the world. In his experience, Schmidt said ivermectin has been “very effective if it’s used in adequate dosages and early in the disease process.”

Despite those on-the-ground results, officials perceive government-and-regulatory hostility to prescribing ivermectin and similar drugs based on politics, not science.

That leaves COVID-19 vaccines as the primary, formally approved method of addressing COVID-19. However, while the vaccines are believed to reduce the severity of illness, they are not a bulletproof shield of protection, particularly among the most vulnerable populations.

According to the Oklahoma Department of Veterans Affairs, 64 patients at the eight veterans centers it operates statewide died while COVID-positive between Jan. 1 and Oct. 15, 2021. Thirty-two individuals died prior to the availability of COVID vaccinations. Of the remaining 32 patients who died while COVID-positive, 23 were fully vaccinated, four had received one dose of a two-shot vaccination, and only five were unvaccinated.