Only Democrats are allowed to question elections, says Google’s YouTube 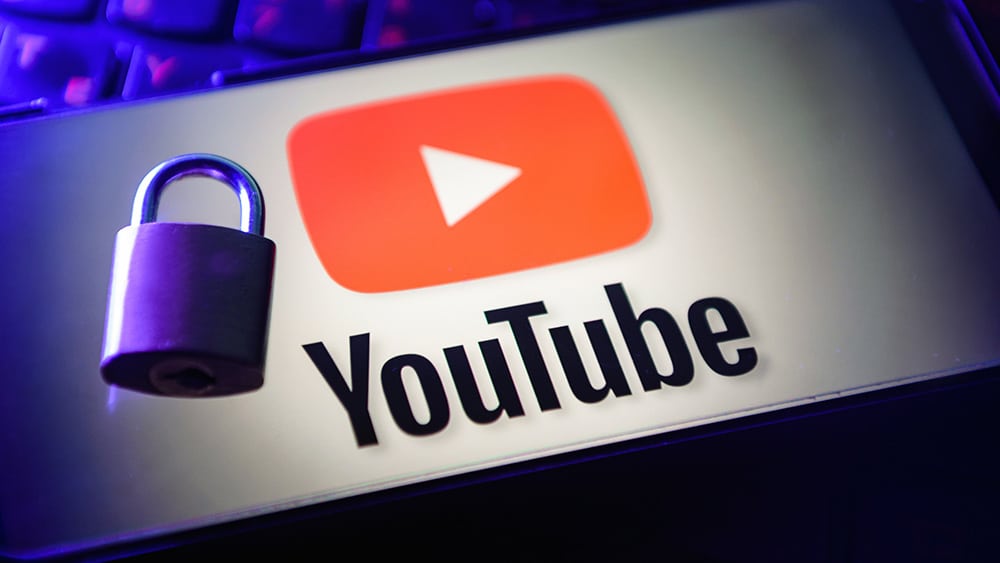 (Natural News)
Selective censorship is nothing new on social media, but YouTube is no longer even trying to hide the fact that Republicans have no freedom of speech when it comes to the sharing of video content.

An independent journalist for TK News, a media outlet founded by the left-leaning journalist and author Matt Taibbi, found this out the hard way after attempting to post videos showcasing both Republicans and Democrats questioning the integrity of American elections.

At first, YouTube censored all of the videos because talking about voter fraud on the globalist-owned platform is a serious no-no. Later, though, YouTube allowed only the videos featuring Democrats questioning elections to be shown while the Republican ones remained censored.

The journalist who tried to post the videos only to run into this little snag is named Matt Orfalea. He says YouTube told him the now-removed Republican videos violate the company’s “misinformation policy” while the Democrat ones do not.

“I never endorsed or advanced the claims, and the title makes clear that they are nothing but ‘claims,’” Orfalea said. (Related: Politicians can say whatever they want on YouTube because the platform considers them to be a “protected class.”)

“Furthermore, virtually every clip was broadcast by mainstream outlets, including CNN, NBC, and FOX. Why doesn’t YouTube delete their videos too? (Instead, YouTube promotes the corporate networks’ YouTube channels as so-called ‘authoritative sources,’ despite their history of publishing dangerously consequential misinformation, including the lies that led to the Iraq War.)”

Keep in mind that Orfalea is of the personal belief that there was no election fraud in either 2020 or 2016. All he did was post videos of other people making these claims for public consideration – you know, something that journalists used to be able to do.

Only one of Orfalea’s videos from this series is still up, and it is the one featuring Democrats who claim that the 2016 election was “stolen” by Donald Trump. All the ones featuring Republicans calling out anomalies in the 2020 election have been censored.

The video that remains features two-time failed presidential wannabe Hillary Clinton describing the 2016 election as “stolen” since she did not win. It also contains wild conspiracy theories about how Russia “hacked” the 2016 election so Trump could win.

There is even mention of a Change.org petition with millions of signatures asking for the electoral college to make Clinton the president in 2016 even though she lost fair and square.

YouTube has no problem with this video because it supports Clinton. It does, however, have a problem with the other videos because they support Trump and the Republican position that elections are being stolen by Democrats to keep their globalist puppets in power.

It turns out that the 2016 election is not the only one that Democrats claim was stolen. They also still think that George W. Bush stole the 2000 election from global warming guru Al Gore. Stacey Abrams also feels as though she should have won Georgia’s 2018 gubernatorial race instead of Brian Kemp.

“The double standard used to be at least thinly veiled,” wrote a commenter about how the globalists no longer care to even try to hide what they are doing. “Now it is in our faces all the time.”

“Republican politicians don’t have the spine to challenge rampant voter fraud,” added another.

“You don’t get it: the GOP is just there to make sure populists and nationalists stay out of power,” responded another. “They allow their Democrat comrades to get away with election stealing to further this goal.”

The latest news about social media censorship can be found at Censorship.news.