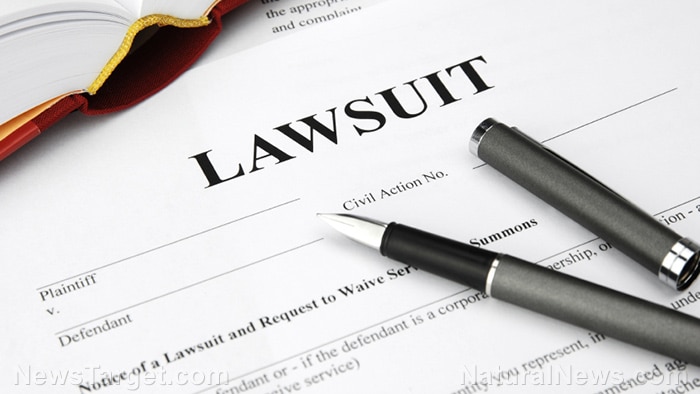 The suit was filed in response to the suspension of Parler’s account from Amazon Web Services, which effectively shut down the service from the internet.

Parler asked a judge to reject the suspension of its account and compared Amazon’s move to “pulling the plug on a hospital patient on life support.” Just last week, Parler was also removed from the Google Play Store and Apple’s App Store.

In its complaint, the company stated that Parler’s removal from Amazon Web Services would “kill Parler’s business at the very time it is set to skyrocket.”

The lawsuit related that conservative users began to leave Twitter in favor of Parler following the former’s announcement of permanently banning President Donald Trump from its platform. The exodus made Parler the top downloaded free app from Apple’s App Store just before it was removed.

Parler markets itself as a free speech and unbiased alternative to Twitter and Facebook, making it popular to those banned from or opposing the moderation policies of mainstream social networks. (Related: Reddit starts banning users for their upvotes.)

Amazon’s decision is believed to be rooted in the growing concerns that Parler’s presence on the web could endanger public safety. Google and Apple also determined that Parler’s minimal moderation enables violent and harmful messages to spread freely across the site.

Before going offline, Parler found itself in the middle of another mess.

Twitter user @donk-enby used a flaw in the Parler iOS app to access and obtain content from the platform. In a tweet, @donk-enby said materials that are publicly available on Parler via the web were archived. The hacker later clarified that email addresses, phone numbers and financial information were not collected, unless they were deliberately posted by Parler users.

Apparently, the hacker wants to reconstruct the role the social media platform played in the Capitol riot. The hacker tweeted a link to every Parler post made on the day of the attack on Capitol Hill.

Rumors were quick to spread online. Users on Twitter and Reddit, as well as an article published by Russian state-backed RT.com said that more than 70 terabytes of data from Parler servers were accessed and archived. Some reports came out that personal information and even driver’s licenses of users were leaked.

Those rumors are exactly just that – rumors. Parler CEO John Matze denied reports that their site has been hacked.

In a text message to The Epoch Times, Matze said the claim Parler was hacked or driver’s licenses were obtained “is untrue,” adding that such claim is “viral misinformation spread on Twitter.”

A Reddit group known as ParlerWatch pinned a post, saying that “the heavily upvoted description of the Parler hack is totally inaccurate.”

The group’s post said: “An inaccurate description of the Parler hack was posted here 8 hours ago, and has currently received nearly a thousand upvotes and numerous awards. Update: Now, 12 hours old, it has over 1300 upvotes. Unfortunately it’s a completely inaccurate description of what went down. The post is confusing all the various security issues and mixing them up in a totally wrong way. The security researcher in question has confirmed that the description linked above was (nonsense).”

Another post of the group said: “The data were all publicly accessible files downloaded through an unsecured/public API by the Archive Team, there’s no evidence at all someone was able to create administrator accounts or download the database.”