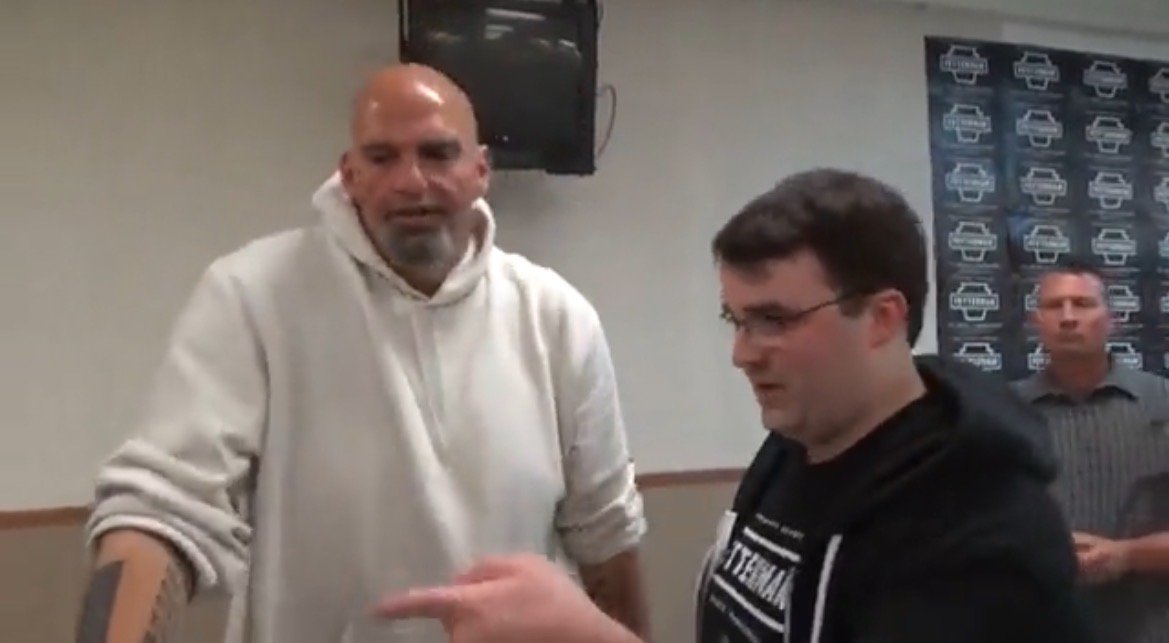 John Fetterman, Pennsylvania’s current Lt. Governor who is now the Democrat nominee for US Senate, is one of the most radical Democrat in the senate race.

Fetterman is running against Republican nominee Dr. Mehmet Oz in the 2022 US Senate race in Pennsylvania.

John Fetterman has only made a few brief public appearances since his stroke in May.

TRENDING: “Give All This Information To The FBI. I Am Ready For Them To Find Me.” – MTG Swatter Taunts Police And FBI After Targeting Marjorie Taylor Greene With Fake 911 Call (VIDEO)

He can barely string a sentence together after his massive stroke.

Fetterman mumbled something unintelligible and walked away.

It’s been 17 days since Doctor Oz challenged Fetterman to 5 debates, and STILL no response.

Why is Fetterman so afraid to commit to a debate? pic.twitter.com/GtIkFe9bmt

Not only is John Fetterman not well after his stroke, he got an allowance from mommy and daddy until he was 50 years old.

Fetterman has been supported by his parents up until recently.

The Philidelphia Inquirer recently covered this.

Public records show — and Fetterman has openly acknowledged — that for a long stretch lasting well into his 40s, his main source of income came from his parents, who gave him and his family $54,000 in 2015 alone. That was part of the financial support his parents regularly provided when Fetterman’s only paying work was $150 a month as mayor of Braddock, a job he held from his mid-30s until he turned 49. Partway through his tenure, in 2013, he moved to an industrial-style loft he purchased from his sister for $1 after she paid $70,000 for it six years earlier.