Pesticide cocktails found to be more dangerous to bees than expected 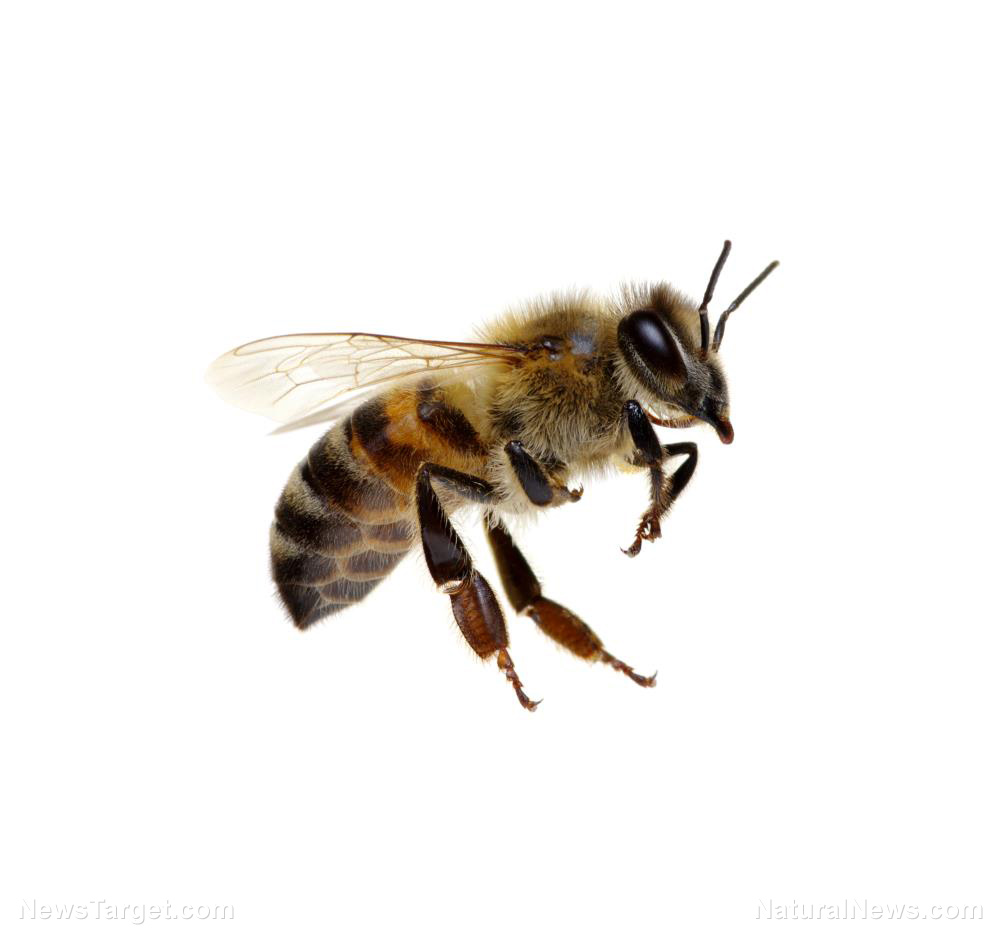 (Natural News)
Combinations of different pesticides are harmful to bees — important insects that help pollinate the environment, according to a recent study. There is global concern over declines in pollinators, and these cocktail pesticides could be detrimental to already endangered bee populations.

The researchers wanted to know if the stressors impacted key bee behaviors and health in ways that were additive or synergistic. To explain, Siviter shared, “If you have a honeybee colony exposed to one pesticide that kills 10 percent of the bees and another pesticide that kills another 10 percent, you would expect, if those effects were additive, for 20 percent of the bees to be killed.”

A “synergistic effect,” however, could produce 30-40 percent mortality.

Researchers found that there is a synergistic effect when bees were exposed to multiple pesticides. This is a problem because farmers are often sold “cocktails” of chemicals under a single label, and current pesticide regulations are not doing enough to protect bees.

“Ultimately, our results demonstrate that the regulatory process in its current form does not protect bees from the unwanted consequences of complex agrochemical exposure. Failure to address this and to continue to expose bees to multiple anthropogenic stressors within agriculture will result in the continued decline in bees and their pollination services, to the detriment of human and ecosystem health,” the researchers wrote.

Other problems for bees include parasites and poor nutrition, however, these issues tend to interact with each other, and react in an additive way.

Adam J. Vanbergen of the National Research Institute for Agriculture, Food and Environment suggested further research into how elements can interact with other threats to pollinators such as habitat loss, pollution and invasive species.

“Although such assessments would be non-trivial to carry out, they will be vital for understanding and ranking the relative risks to pollinators and pollination that are coming from multiple combinations of pressures resulting from global changes,” he said. (Related: Do your part and save the bees with these 10 easy-to-grow flowers.)

What will happen if bees become extinct?

Bees are dying everywhere, which is concerning because at least a third of our food relies on bees for pollination. Grain crops are primarily pollinated by the wind, but the majority of fruits, nuts, and vegetables are pollinated by bees.

Bees and wasps, which are pollinating insects, have been calculated to have a global economic net worth of around $150 billion. Honey bees are responsible for $30 billion a year in crops alone.

However, bees are dying, and the massive decline in numbers are largely due to human activity.

In January, a global study found that a quarter of all bee species have not been found since 1990, despite the improvements, expansions and monitoring efforts made. Among the managed bees in colonies that are specifically reared for pollination, there are also enormous declines.

Humans could theoretically survive without bees, but our diets will be restricted significantly. Fruit will largely disappear from trees, and supermarkets will have about half the kinds of vegetables in stock.

The good news is that people are not powerless to help reverse the bee situation. Here are some ways to make gardens better places for bees:

Learn more about these creatures at Bees.news.