Pfizer plans to hike price of covid jabs by 10,000% next year to fund other drugs; calls scamdemic a profit “franchise” designed to fuel company’s “marketing machine” 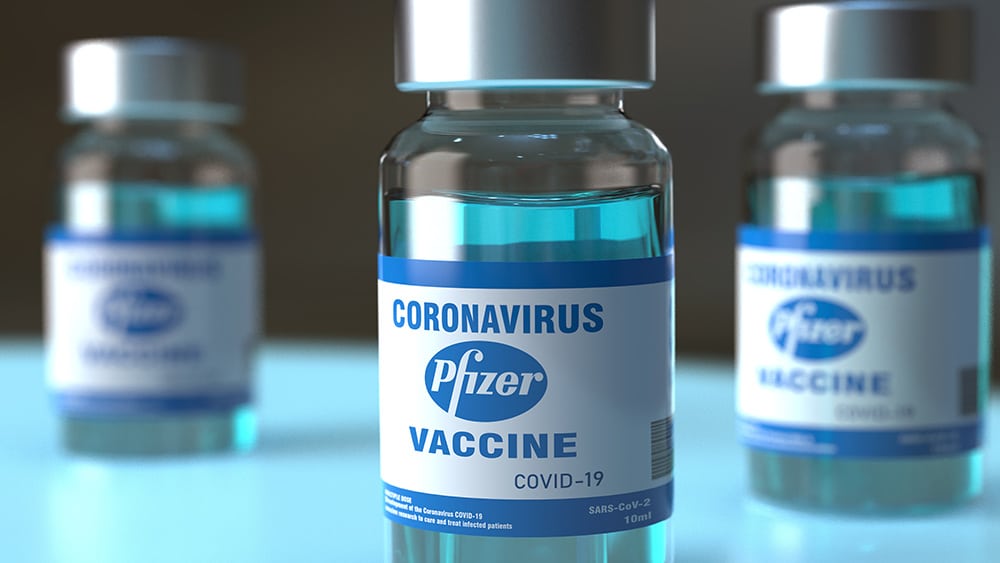 (Natural News)
To increase the flow of new blockbuster pharmaceutical drugs to America’s millions of addicts, Pfizer is planning to massively price-hike its Wuhan coronavirus (Covid-19) “vaccines” next year.

The company has already been making bank on the shots, which cost around $1 to produce. Meanwhile, Pfizer has been selling them for thousands of times higher than that to governments around the world.

That gravy train is soon ending as government contracts expire, so Pfizer’s next step, according to statements made during a recent investor call, is to jack up the price of its messenger RNA (mRNA) Fauci Flu shots to fund the development of new pharmakeia offerings for migraines, ulcerative colitis, prostate cancer, sickle cell disease, and obesity.

Paxlovid, an antiviral drug that Pfizer ripped off based on the formulation of generic ivermectin, is another big money maker that Pfizer CEO Albert Bourla says helped to double the company’s revenue streams this year. (Related: Hundreds of thousands of people are dying weekly from Pfizer’s covid injections.)

“Pfizer is a remarkable marketing machine,” says Timothy Calkins, a professor of marketing at Northwestern University‘s Kellogg School of Management. “They have an incredible ability to make the most of molecules and get them adopted.”

None of Pfizer’s record-breaking profits would have been possible these past few years were it not for the help of the United States government, which purchased massive lots of the company’s shots using American tax dollars.

Not only that, but the U.S. government continues to market and advertise the shots via agencies like the Food and Drug Administration (FDA) and the Centers for Disease Control and Prevention (CDC). Both of these agencies continue to push Americans to get “boosted” and to suck down Paxlovid prescriptions in order to stay protected against Chinese Germs.

Now that the scamdemic is long over and nobody is lining up for shots anymore, Pfizer is watching its revenue streams dwindle somewhat – though the company is still well in the green.

“… even with a 66% drop in covid vaccine sales in the past quarter, the company made about $4.4 billion in those three months,” reported Kaiser Health News. “Pfizer has a deep stream of cash to finance its future. Covid has been very good for business.”

Since an increasing number of Americans are entering the obese category, thanks to decades of consuming pharmaceutical drugs and GMO-laced foods, Pfizer is seeing more dollar signs in the weight-loss category of pills and shots.

Wall Street is expecting so much more obesity, in fact, that analysts are predicting that Pfizer will easily “find a place there with marketing.”

Pfizer was also able to procure “a $450 million write-off of inventory related to covid-19 products,” according to analysts, due to dwindling interest in the company’s drug wares as of late.

Nearly half-a-billion dollars’ worth of covid shots that exceeded their “approved shelf-lives” were tossed, and Pfizer was able to collect a tax write-off in exchange – because Big Pharma never seems to miss any opportunity to rake in more cash.

“Not many people are going to go out and get their fourth, fifth, and sixth boosters if there’s no major new variant,” said Geoff Meacham, a Bank of America analyst. “If you’ve had the two mRNAs and a booster, you are pretty well protected. Do you need it annually?”

All the windfall profits that Pfizer raked in from the scamdemic will reportedly be used to “grow their core business” – meaning more drugs and vaccines being pushed on the world, probably via governments, well into the future.

Pfizer is responsible for inflicting mass genocide on the world. To learn more, visit Genocide.news.