Poll: 63% of Americans are falling behind in costs of living 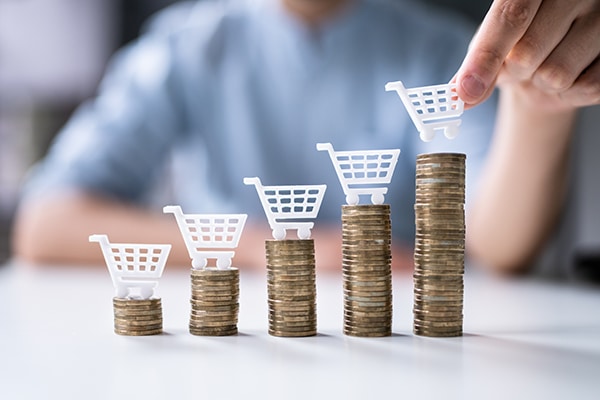 (Natural News)
The majority of Americans are saying they are falling behind the cost of living, according to the latest polling data.

Results of the poll released by NBC News showed that 63 percent of respondents stated that their income was below the cost of living.

Meanwhile, 58 percent of the respondents did not approve of President Joe Biden’s handling of the economy. The poll singled out inflation, which has risen since Biden took office and has been a political thorn among Democrats.

The Bureau of Labor Statistics (BLS) recently issued inflation data showing that prices increased across a variety of items in August, but the overall inflation rate was stifled by a surprising drop in gas prices from record highs in previous weeks.

Many items saw enormous increases with food prices soaring in the past year. (Related: The cost of living in the United States is rising to absolutely absurd levels.)

“The food at home index rose 13.5 percent over the last 12 months, the largest 12-month increase since the period ending March 1979. The index for other food at home rose 16.7 percent and the index for cereals and bakery products increased 16.4 percent over the previous year. The remaining major grocery store food groups posted increases ranging from 9.4 percent (fruits and vegetables) to 16.2 percent (dairy and related products),” BLS said.

A Morning Consult/Politico poll released in August found that only 24 percent of those surveyed think the Inflation Reduction Act will decrease inflation, while 34 percent said the legislation will make inflation worse.

While the poll showed decreasing gap between Republicans and Democrats heading into the midterm elections, traditionally Republican issues such as economy, immigration and crime were still ahead of other issues like abortion.

National Republican Congressional Committee spokesman Mike Berg said this is good news for Republicans. “Republicans hold a massive advantage on the issues that will decide competitive elections this November. Democrats are only talking to their base,” Berg said.

Meanwhile, a poll commissioned by the National Association of Latino Elected and Appointed Officials Educational Fund (NALEO) revealed that inflation and the rising cost of living are still the major concern for Hispanic Americans.

The poll, which interviewed 400 Hispanic Americans countrywide from September 2 to 11, found that 48 percent considered inflation and the hikes in living costs to be “the most important issues” they “want the Congress and the president to address.”

The next four issues of interest were nearly divided equally with 28 percent voicing concerns on abortion and reproductive rights issues, 25 percent on making jobs and increasing wages, 25 percent on mass shootings and firearms safety and 24 percent on the costs of healthcare.

The poll also said that 63 percent of those polled are “almost certain [they] will vote,” with only 21 percent saying they will “probably vote.”

“Latino voters are extremely engaged ahead of this year’s midterm elections and are poised to play a decisive role in the fight for control of Congress. While Latino voters continue to prioritize economic and quality of life issues, as they had in the past, the political fights over women’s reproductive and abortion rights and gun safety are now also top of mind for our community,” said NALEO CEO Arturo Vargas.

The NALEO poll echoed the findings of a Sept. 1. ADN America report that said inflation and crime were among the top concerns for Hispanic Americans together with immigration. That report examined data from polls carried out by the Wall Street Journal, Dallas Morning News, Quinnipiac and the Economist/YouGov.

Follow Inflation.news for more news about the rising cost of living in America.

Watch the video below about Americans turning to side hustles to survive.

This video is from the ECONOMIC EDGE channel on Brighteon.com.

South of the border exodus: Americans fleeing to Mexico to escape high cost of living.

Nearly two-thirds of Americans are now living paycheck to paycheck amid inflation crisis.

August food inflation jumped by 11.4%, but experts warn the worst is yet to come.

Americans are increasingly turning to credit card debt and short-term loans as the cost of living becomes extremely painful.