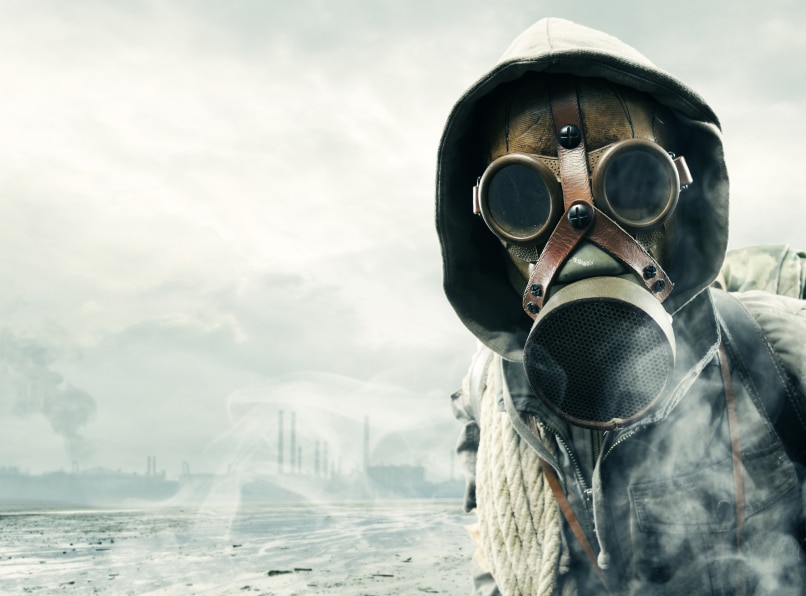 (Natural News)
The Health Ranger Mike Adams told his viewers during a recent episode of “Prep With Mike” that surviving radioactive exposure following a nuclear explosion is not impossible – people just need to learn the science of it.

Adams deemed this issue as an important matter to tackle, especially now that the world is facing a fallout scenario as the war between Russia and Ukraine drags on. Recently, sources reported Kyiv is planning a false flag attack using a dirty bomb to launch black propaganda against Russia that could possibly widen the conflict and include the North Atlantic Treaty Organization (NATO) and the United States. (Related: Sources: Ukrainian government planning nuclear ‘dirty bomb’ false flag to blame on Russia.)

“Unless you’re living right at Ground Zero, you don’t have to die from a nuclear war,” Adams pointed out, noting radiation itself is not persistent and created and consumed in a nanosecond because it moves at the speed of light after it’s created.

“But radiation is constantly created by the decay of a radioisotope and has an unstable mass that is constantly decaying to a lower mass,” he explained. “During that decay, it’s giving off energy because the mass has been converted into energy. And the half-life of decay simply refers to how long it takes for half of the mass of the radioisotope.”

The shorter the half-life, the more intense the radiation output is for that radioisotope. When it is decaying rapidly, it is putting out a lot of radiation and energy that makes it very dangerous.

Adams: Defend yourself from radioactive food, water and air

Adams emphasized the need to address three important radiation vectors. “Most people need to think about radioactive food exposure, water exposure and particulate matter in the air as a vector of exposure. You can actually defend yourself against all three.”

According to Adams, the need to store pre-nuke food, water filters and respirators work, especially for people who need to go outside post-nuke. He advised to prepare plastic sheeting and tape to seal the house up; means to wash off clothing outside before coming back inside; and full body Tyvek suits – an excellent barrier against dangerous fine particles and chemicals.

Adams, a well-known prepper who wrote audiobooks “Resilient Prepping” and “Survival Nutrition,” reminded his listeners that people will not be able to grow food and eat beef from cows that eat grass after a nuclear fallout. But food inside the canned goods would be safe to eat after washing radioactive particles off the cans.

“The food inside is not contaminated with cesium or iodine or any of the other radioisotope elements, because those weren’t present when the food was grown,” he said. However, he warned against eating fish caught in a lake since they eat grasses or other fish that are in the same ecosystem.

“There’s going to be cesium 137 incorporated into the ecosystem of that lake, which means the radioactive elements would show up in the fish flesh,” he said. Adams noted that there’s no other way to clean the radiation out of the fish because it’s already a part of the flesh. Since the radiation isotope mimics the metabolic pathways of potassium, it goes to every cell and becomes incorporated into cell membranes and will “emit radiation from inside the body.”

Water cannot be made highly radioactive, according to Adams, but water filters may be needed just to be sure.

“If H2O is contaminated with radioactive particles, it’s the pollution in the water that’s producing the radiation. Water filters can take out the pollution,” he explained. The water filters need to be stored safely away from humans since they will have concentrated radiation elements after cleaning out water.

Another vector of exposure is air as inhaling particles with radioisotope elements could endanger a person’s lungs. “If this just lodges in your lungs, you can die from radiation exposure over time, from the radioisotopes that are decaying within your lungs,” Adams said. The Health Ranger suggested having respirator particulate filters, or limiting the exposure by staying inside a sealed house or structure.

It is also important to have a positive pressure blower inside the house that would push air out, such as a high-efficiency particulate air (HEPA) filtration.

Pentagon lusts after nuclear war, says it will “nuke Russia” if Putin doesn’t pull out of Ukraine.

Survival 101: What to do after a nuclear blast.

Putin is not joking about nuclear Armageddon, Biden warns.

SICK: Bearded Drag Queen Toasts To “Those Who L*ck Us Where We Pee” In Front Of Young Children At Texas Drag Show (VIDEO)