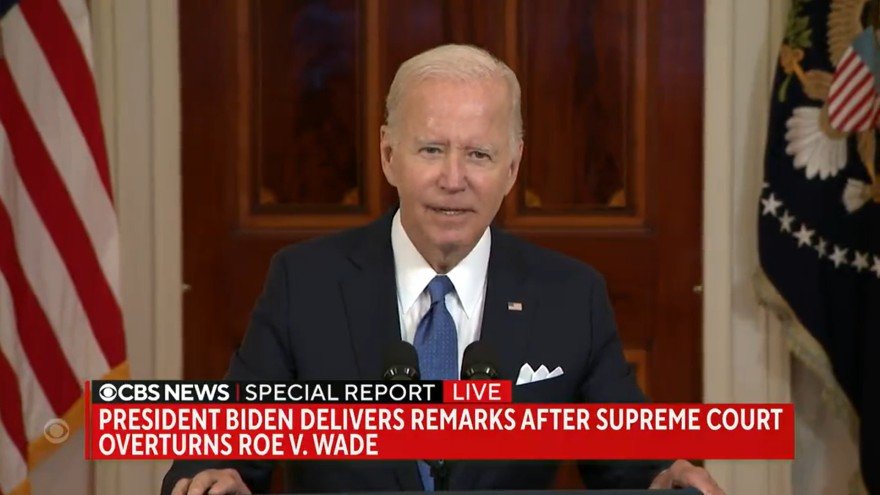 Since Friday’s release of the U.S. Supreme Court opinion that overturned the 1972 Roe V Wade ruling, the leaders of the Democratic party, celebrities, and influencers who champion the idea of killing unborn children have perpetuated many lies.

When one decides to read beyond the headlines and look at the facts, it is easy to expose the blatant lies being told to tow a party line or appease some level of public outcry.

The first false narrative is that abortion is a constitutional right.

The narrative is entirely false. The U.S. Constitution mentions nothing about abortion.

TRENDING: J6 Political Prisoner JEFFREY SCOTT BROWN Is Being Tortured By Biden Regime for Standing Outside US Capitol on Jan. 6 – Jailed Since August! – Audio from Inside Prison!!

“We therefore hold that the Constitution does not confer a right to abortion,” Alito wrote in his opinion. He had laid the groundwork for why the founding document did not hold to a “theory of life,” and there was no historical guidance in the nation to uphold such a right for federal protections of the life-ending medical procedure.

Despite Alito’s clear and defined details, the government and the media continue pushing a narrative that says abortion is a “constitutional right.”

The Supreme Court sent abortion regulations back to the states where they always belonged, following the 10th Amendment of the founding document, which is a Constitutional right.

Abortion remains available, but there are now 50 abortion laws. All 13 states with so-called trigger laws allow abortions to save the mother’s life.

But, the false narrative continues, with President Biden and others trying desperately to highlight pregnancy caused by rape or incest. They have been saying that thousands of women will suffer the trauma of carrying a baby to term after experiencing such awful abuse.

The Supreme Court’s ruling to overturn Roe v. Wade is “so extreme” that “women and girls will be forced to bear their rapists’ child,” President Biden says.

“It just stuns me…Imagine a young woman having to carry the child, a consequence of incest, with no option.” pic.twitter.com/aFACbQK9E4

According to the Guttmacher Institute, only 1% of women obtain an abortion because they became pregnant through rape, and less than 0.5% do so because of incest. Yet the battle over exceptions for both has garnered outsized attention in the national abortion debate.

Another popular talking point that is also categorically false is that contraception and gay marriage are next on the chopping block.

As for the slippery slope Pelosi and others fearmongering, Justice Samuel Alito explicitly wrote that “nothing in this opinion should be understood to cast doubt on precedents that do not concern abortion,” such as contraception and gay marriage. Yes, Justice Thomas called for the Court to reassess any rights pertaining to the 14th Amendment, but there remains no such case under consideration of the Court.

One of the biggest lies of the abortion enthusiast crowd is that most Americans support abortion.

This has been proven false by the very polls used to support most left-leaning ideals in the nation.

A Trafalgar Group poll last month showed less than 12% of Americans support abortions to birth, while 57% believe abortions should be banned once an unborn baby’s heartbeat can be detected at about six weeks. Even among Democrats, only 19% think that abortion should be legal until birth.

A Rasmussen poll last month showed that 48% of voters said they would approve of the Supreme Court overturning Roe v. Wade, and 45% would disapprove. Among Democrat voters, 33% said they would support the reversal of Roe.

President Biden and others have also made false claims that the reversal of abortion on demand under the Court’s opinion makes America an “outlier” among nations.

Biden says overturning Roe v. Wade has “made the United States an outlier among developed nations in the world.”

However, only five countries, including China and North Korea, allow abortion on-demand throughout the entire pregnancy. While, nations such as France, Belgium, Spain, and Norway limit the procedure to a maximum of 12-14 weeks at most.