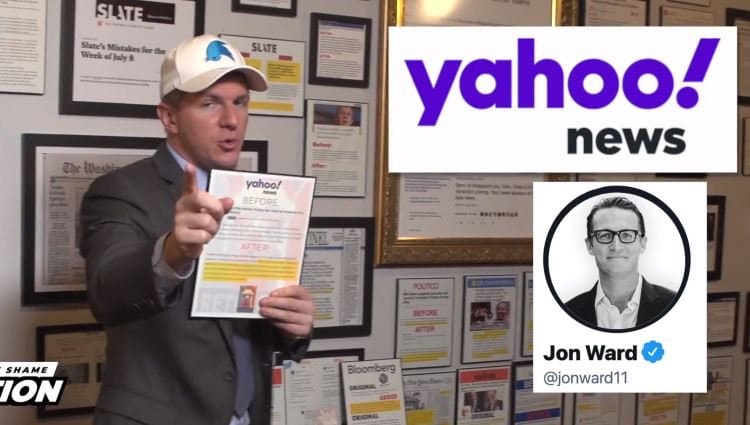 BREAKING: Omar Connected Harvester SEEN Exchanging $200 for General Election Ballot.”We don’t care illegal.”…”We are taking the money and we’ll vote for you” “@IlhanMN is the one who came up with all this”#CashForBallots pic.twitter.com/mCoCn3ryVK

Following this explosive report far-left crank Jon Ward at Yahoo News incorrectly explained to his audience that this was not voter fraud because ballot harvesting is legal in Minnesota for two weeks before the election.

“What about Omar where she gets caught harvesting? What the hell is going on? I hope your U.S. attorney is involved. What is going on with Omar?” — Trump, rally in Duluth, Minn., Sept. 30

Trump was referring to a series of videos released by a right-wing activist named James O’Keefe that claimed to show evidence of illegal behavior.

O’Keefe and his group, Project Veritas, alleged that the videos showed illegal ballot collecting, referring to it as “ballot harvesting.” But the practice of taking mail ballots to the post office or election office for others was legal for a roughly two-week period in Minnesota this summer due to court rulings.

Jon Ward later had to correct his misleading and ridiculous statement and updated the article to reflect that Minnesota law allows the handling of up to three ballots per person, not unlimited ballot harvesting as he initially suggested.

For some reason the liberal media is working overtime this year to defend the 2020 election results.
Why is that? What are they hiding?

Next time Jon, just stick to the facts! pic.twitter.com/PVUdoNtCbS