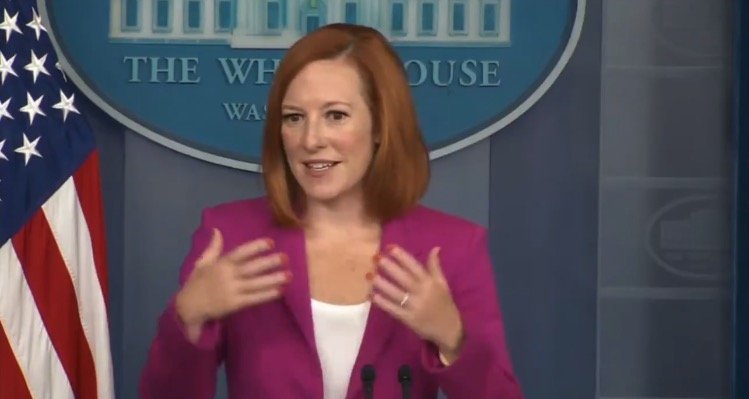 A New York Post reporter on Wednesday asked White House Press Secretary if Joe Biden’s sexual assault of Tara Reade should be investigated in light of the report on Governor Cuomo’s sexual harassment.

“Biden was accused by female secret service agents, skinny dipping in front of them, offending them, according to a former Washington Post reporter…his former senate aide Tara Reade accused him of sexual assault… the Washington Post and the New York Times published multiple accounts of women who objected to the way Biden touched them – should there be an independent investigation of allegations into the president as there was into Governor Cuomo?” the reporter asked.

“That was heavily litigated during the campaign. I understand you’re eager to come back to it,” Psaki retorted.

A reporter asks @PressSec about President Biden being accused in the past of sexual harassment and sexual assault:

“That was heavily litigated during the campaign. I understand you’re eager to come back to it.” pic.twitter.com/3NON6UviBX

Joe Biden has sexually assaulted women, teenagers and prepubescent girls for decades and has gotten away with it because the media covers for him.

Reade said in 1993, then-Senator Joe Biden pushed her up against the wall and penetrated her with his fingers.

In an interview with Megyn Kelly, Tara Reade began by explaining how she was given a duffel bag and told to “hurry” up and give it to then-Senator Biden.

She caught up with Biden in a corridor in the Russel building to give him his gym bag and that’s when he sexually assaulted her.

“He greeted me, he remembered my name. I handed him the bag, and it happened very quickly,” Reade said. “I remember — I remember being pushed up against the wall and thinking…the first thought I had was ‘where’s the bag,’ which is absurd thought.”

“He had his hands underneath my clothes and it happened all at once,” Reade continued as she became emotional. “So he had one hand underneath my shirt and the other hand I had a skirt on, and he like went down my skirt and then went up and I remember I was up almost on my tippy-toes.”

Reade told Megyn Kelly that Biden whispered something vulgar in her ear as he assaulted her.

The media totally ignored Tara Reade even though she had contemporaneous witnesses to back up her claims that Biden sexually assaulted her.

Joe Biden’s senate records likely contain files related to Tara Reade’s accusations that Biden assaulted her, however they are at the University of Delaware under seal hidden way from the public.