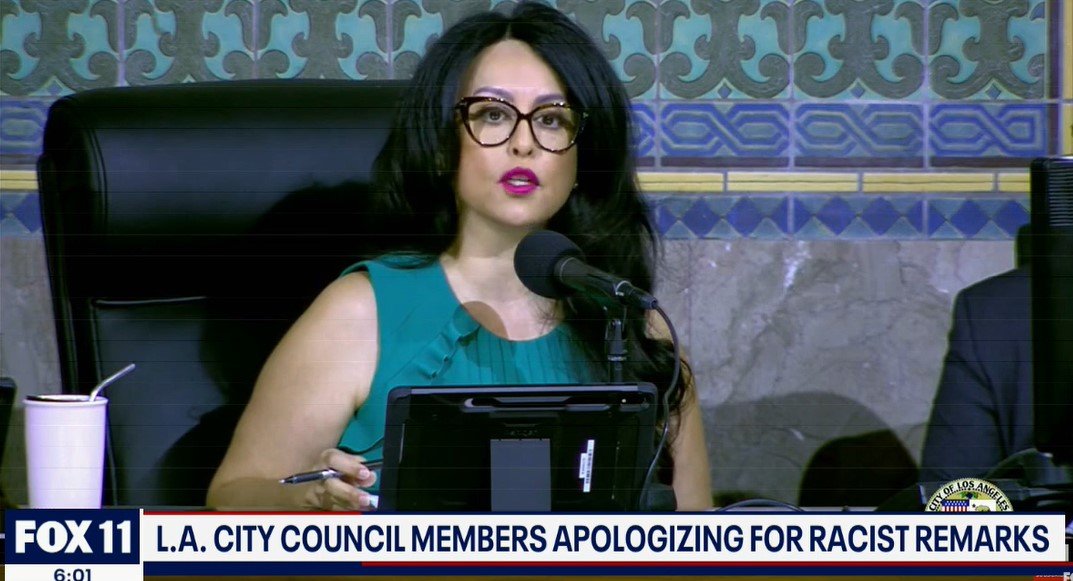 Mike Bonin is a gay politician.  At least she didn’t call him a queer.

Three Latino members of the Los Angeles City Council and a top county labor official held a conversation last fall that included racist remarks, derisive statements about their colleagues and council President Nury Martinez saying a white councilman handled his young Black son as though he were an “accessory,” according to a recording of the meeting reviewed by The Times.

“F— that guy,” Martinez said, followed by something inaudible. “He’s with the Blacks.”

Now, Martinez’s old tweet in which she criticized Trump and called him a racist has recently resurfaced.

“Once again Trump’s racist policies against immigrants, people of color and the Constitution comes to light – we’ll see him in court again where he’s not doing so good as of late! #WeCount,” Martinez wrote in 2020.

Once again Trump’s racist policies against immigrants, people of color and the Constitution comes to light – we’ll see him in court again where he’s not doing so good as of late! #WeCounthttps://t.co/wROZ9LV3tR

One user commented, “it’s like the pot calling the kettle black or in this case a black child a little monkey. Who’s the racist again? Step down. You’d demand nothing less if it were a white person saying it.”

Another one responded, “Hypocrite says what?”

Martinez’s comment only proves once again that Democrats are the party of true racists, not the Republicans.