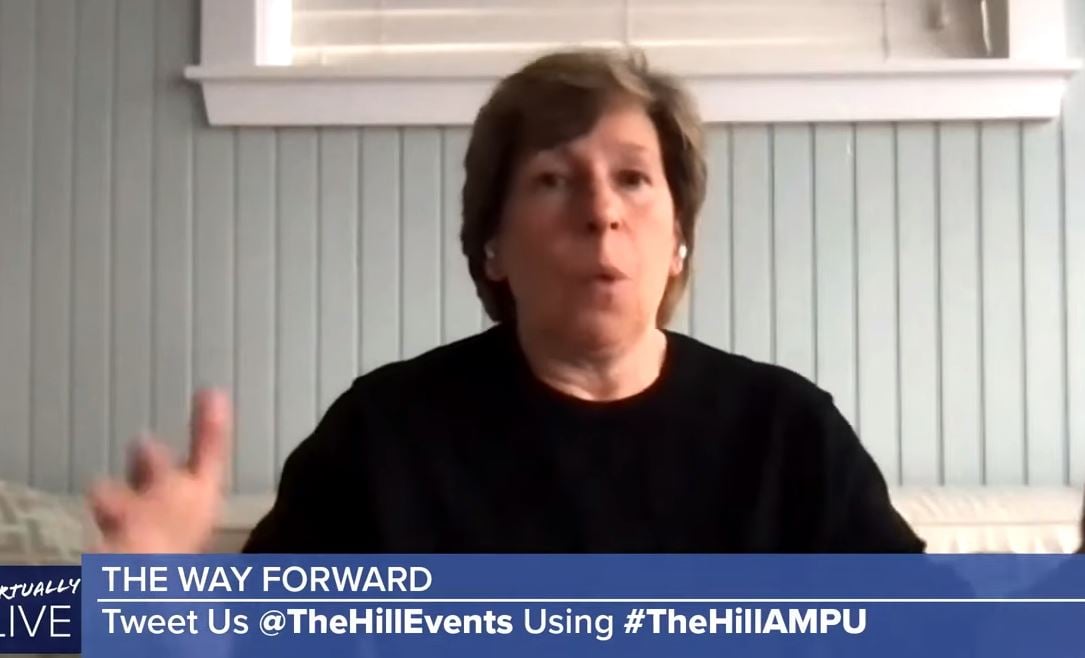 Woke teachers across America have been grooming unsuspecting children for years, pushing radical gender ideology down their little throats. But according to their leader, American for Federation Teachers President Randi Weingarten, conservative patriots pushing back against this sick behavior are the real villains.

These truisms caused former Secretary of State Mike Pompeo to call the far-left and delusional Weingarten “the most dangerous person in the world.” He continued:

“It’s not a close call,” he said. “If you ask, ‘Who’s the most likely to take this republic down?’ It would be the teacher’s unions and the filth that they’re teaching our kids.’”

Left wing anchor Nicolle Wallace asked Weingarten to respond to Pompeo’s incisive remarks.  She whined about him attacking teachers and called the allegation they were trying to convince children to change their genders “a smear” She then said the following:

“They spent $50 million against trans kids in this last election. How dare they? And you wonder what just happened in the club in Colorado? So what’s dangerous is their rhetoric. What is demonic is their rhetoric. The fact they think this is going to get them the Republican nomination, I think Republicans are better than this.”

What is actually demonic are teachers convincing children they can change their gender and not tell their parents.  Here is one prominent example courtesy of Libs of TikTok:

Teacher says she asks students for names and pronouns and is careful when communicating with parents so she doesn’t “out” a student.

A kid can be living a double life, identifying as transgender or non-binary only in school and it will purposefully kept a secret from parents. pic.twitter.com/rSS7zrCJtm

Even more demonic is teachers dressing up in drag and telling students it is important to see gay teachers. What ever happened to “don’t ask, don’t tell?” Libs of TikTok again delivers the goods:

Online teacher dresses up in drag to teach kids because it’s important for kids to see visibly queer teachers pic.twitter.com/ekkOZm3IgM

Perhaps the most revolting antic was by a so-called teacher in Ontario, Canada. This person wore massive set of fake boobs to class in front of underage students while teaching them how to operate a circular saw. Jim Hoft wrote about this incident back in September. Here is a video from his article:

The school ended up taking no action against the teacher, despite the ensuing outrage, claiming any punishment would prove “discriminatory.” The children continue to suffer in silence while the teacher has his fun.

A unified GOP on this matter is the only hope for resolving this madness in America. But for every patriot like Florida Governor Ron DeSantis, we have eunuchs such as RINO Arkansas Governor Asa Hutchinson. People like Hutchinson are the best friends of woke teachers and Weingarten.

Pompeo was correct to call out this disgusting moral decay and state Republicans must use the force of government stamp this garbage out of society as they did in Florida. If not, America will have a generation of confused and damaged children.

FAIR? US Women’s Soccer Team Receives Over $6 Million Because US Men’s Team Advanced At The World Cup

FAIR? US Women’s Soccer Team Receives Over $6 Million Because US Men’s Team Advanced At The World Cup