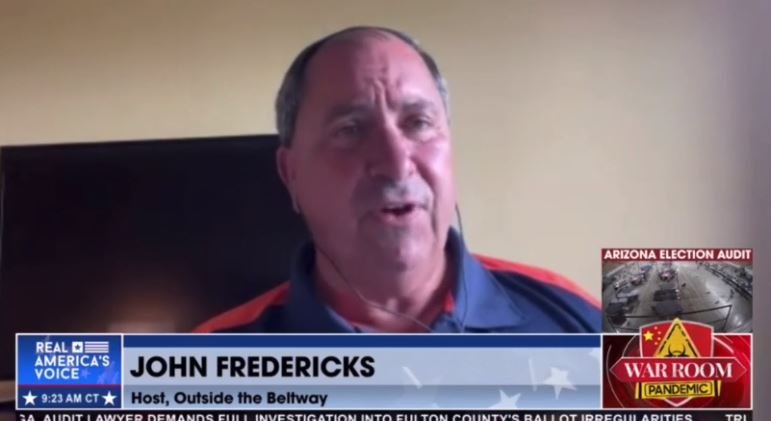 Overnight it was reported that in Georgia a ‘box’ of ballots was unsealed and opened up by the Secretary of State’s office in Georgia.  This was after district judge ordered Raffensperger to not touch the ballots in Fulton County :

After several Fulton County, Ga., poll monitors testified last year that boxes of mail-in ballots for Joe Biden looked liked they’d been run through a photocopy machine, state investigators quietly broke the seal on one suspicious box and inspected the hundreds of votes it contained for signs of fraud, RealClearInvestigations has learned exclusively.

John Fredericks: Allegedly, they sent someone in against the judge’s order to unseal a batch of ballots that was in Susie Voyle’s affidavits. To go check on them to see if what she was saying was accurate… This is a violation of law. That’s got to be looked into. When did they go there? How many did they look at? What law did they break?… They called in Susie Voyles and tried to intimidate her. They tried repeatedly to get her to recant her statement. She said I can’t recant my statement, it’s a signed affidavit. If I recant my statement I break the law… What she said was true.