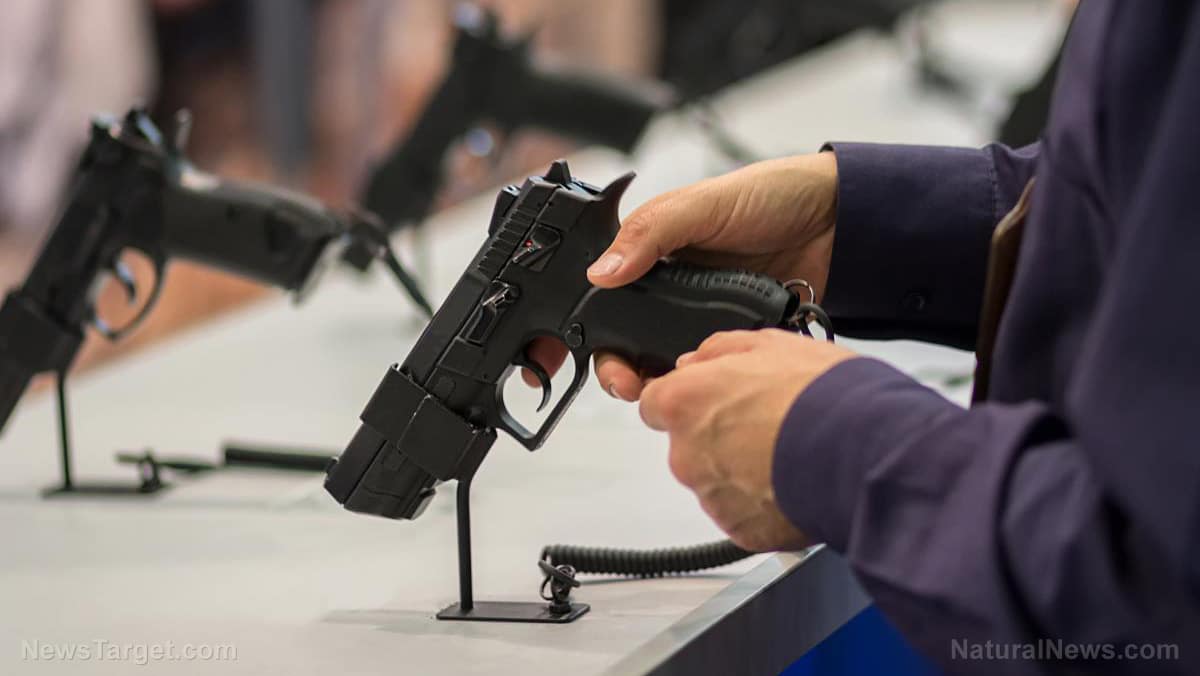 (Natural News) Republican-controlled states are moving quickly to pass legislation protecting their residents from a raft of freedom-stealing legislation that is coming from Democrats and Joe Biden’s regime.

Arizona is the latest to move against the Dem-controlled Congress and White House to defend the Second Amendment, as the state Senate last week passed a bill that would prohibit police officers and sheriff’s deputies from assisting federal agents in enforcing certain gun laws.

The bill, HB2111, had already passed the House and is now on GOP Gov. Doug Ducey’s desk, according to the latest reports.

Backers said it would ensure that the rights of gun owners are protected from what they say is the potential for overreach by President Joe Biden’s administration. Democrats critics say it will undermine the rule of law and is an unconstitutional measure that will cost taxpayers to defend in court.

Sen. Lisa Otondo, a Democrat from Yuma, joined all Republicans in supporting the bill, which passed in a 17-13 vote. Otondo expressed reservations but said she would support the bill to keep a promise to her constituents.

It’s interesting that Democrats say a law forbidding state police officers from helping enforce federal gun laws is unconstitutional; there is nothing in our founding document that requires state authorities to enforce federal statutes. In fact, that’s why blue states get away with passing legislation forbidding their police from helping federal immigration officials enforce those laws (creating the “sanctuary cities” we’ve long heard about).

But if it’s a red state trying to protect gun rights, suddenly that’s all wrong. (Related: Proposed Missouri law would imprison those who vote for unconstitutional gun control legislation.)

Except that it isn’t.

For the record, Arizona was one of the first states to pass “constitutional carry” — that is, residents who are not felons can legally carry a gun concealed or openly without a permit because “the right to keep and bear arms shall not be infringed.”

Since then, other states have passed similar legislation.

The Arizona gun protection bill states: “Pursuant to the sovereign authority of this state and article II, section 3, Constitution of Arizona, This state and all political subdivisions of this state are prohibited from using any personnel or financial resources to enforce, administer or cooperate with any act, law, treaty, order, rule or regulation of the United States government that is inconsistent with any law of this state regarding the regulation of firearms.”

The bill is called the “2nd Amendment Firearm Freedom Act,” and the state House passed it in late February.

Meanwhile, in January, a Missouri state senator introduced a very similar piece of legislation that, if signed, would block any new federal gun law deemed to be in violation of the state constitution’s gun protections (which are very similar to the Second Amendment).

“Some laws declared invalid under this act include certain taxes, certain registration and tracking laws, certain prohibitions on the possession, ownership, use, or transfer of a specific type of firearm, and confiscation orders,” the bill says. “Under this act, no public officer or state or local employee has the authority to enforce firearms laws declared invalid by the act.”

“We’re in a remarkable time where we’re having to make statements like this,” Eigel said on KMOX’s Mark Reardon Show. “We’re having to put laws in place at the state level to protect us from the possibility of additional federal overreach.”