Redfin: House sales decline in Sun Belt as buyers back out due to hefty prices 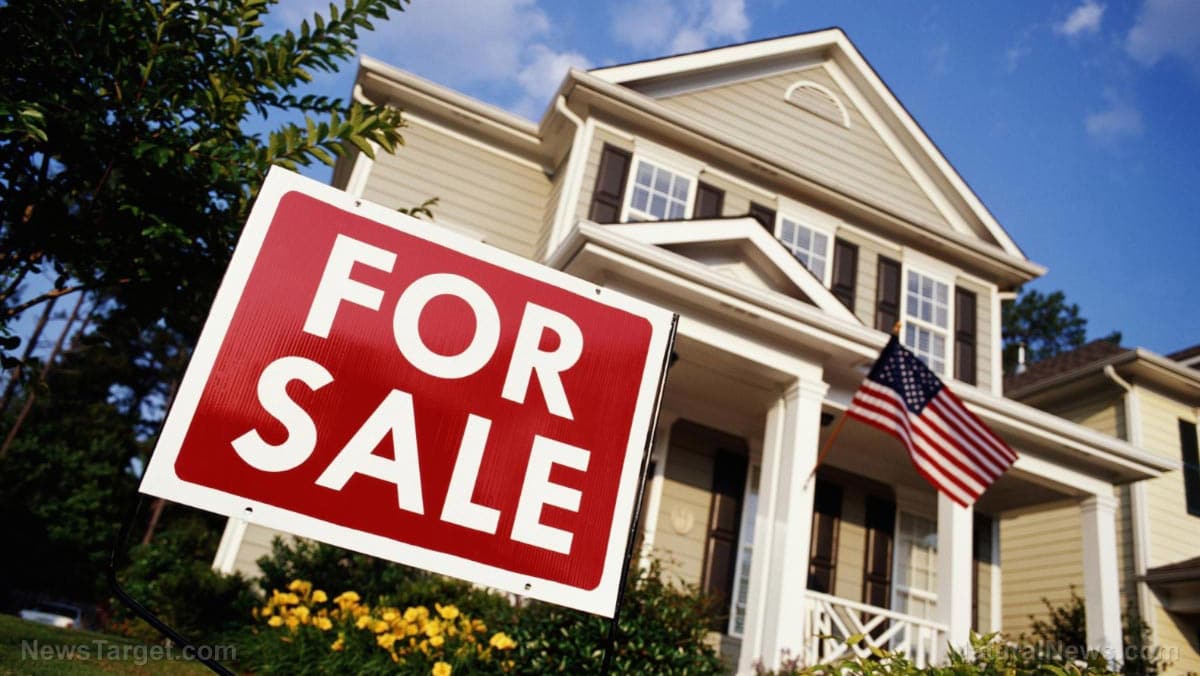 (Natural News)
A new report from renowned real-estate brokerage firm Redfin has indicated that clients are backing out of contracts in the Sun Belt due to unaffordable rates and home prices.

According to the report, 15.2 percent of homes in cities in the region that went under contract in August fell through. In other words, roughly 64,000 homes nationwide saw deals drop.

Redfin noted that only 12 percent of contracts were aborted prior to the Wuhan coronavirus (COVID-19) pandemic. The last time this number spiked was at the onset of the pandemic in March 2020.

“A slowing housing market is allowing buyers to renege on deals because it often means they don’t need to waive important contract contingencies in order to compete as they did during last year’s home-buying frenzy,” the Redfin analysts noted. “Some buyers may also be backing out of deals because they are waiting to see if home prices fall.”

Buyers were canceling contracts in Sun Belt cities, including Phoenix, Tampa and Las Vegas. Meanwhile, the company is least expecting clients to back out of purchases in big cities such as San Francisco and New York.

“Phoenix, Tampa and Las Vegas attracted scores of house hunters during the pandemic, driving up home prices,” Redfin stated. “Now their housing markets are among the fastest-cooling in the nation, giving buyers the flexibility to bow out.”

The real-estate firm analyzed the dropouts based on Multiple Listing Services data going back to 2017. The share of buyers backing out of deals was the lowest in Newark at 2.7 percent, followed by San Francisco, Nassau County, New York City and Montgomery County.

According to MarketWatch, a big reason for the cancellations is high rates.

Federal Reserve Chairman Jerome Powell said in a press conference that home prices coming down as a result of higher rates and sellers reacting to lower demand is a “good thing.”

“Housing prices were going up at an unsustainably fast level,” Powell said. “For the longer term, what we need is supply and demand to get better aligned, so that housing prices go up at a reasonable level and that people can afford houses again. The housing market may have to go through a correction to get back to that place.”

U.S. luxury home sales have also seen a decline this year as the affluent house hunters are currently being struck by recession fears and affected by raising interest rates.

In a separate report, Redfin saw a huge decline of 28.1 percent in sales of opulent homes in the three months ending Aug. 31 compared to last year. That has been the biggest such decline since the company started keeping records in 2012. (Related: Luxury home sales suffer biggest decline in 10 years, real estate firm reports.)

It even eclipsed the 23.2 percent decrease recorded at the peak of the pandemic in 2020.

“We are dealing with inflation, and inflation cuts into profits,” Daryl Fairweather, Redfin’s chief economist, said. “Rich people definitely care about how much profits the companies they are invested in are making. That affects stock prices, it affects treasury yields.”

She added that high-end-house buyers are getting sticker shock when they see the impact of rising mortgage rates on paper. “For a luxury buyer, a higher interest rate can equate to a monthly housing bill that is thousands of dollars more expensive.”

Watch the below video that talks about the coming housing crash.

Home sales plunged for the fifth month in a row in June.