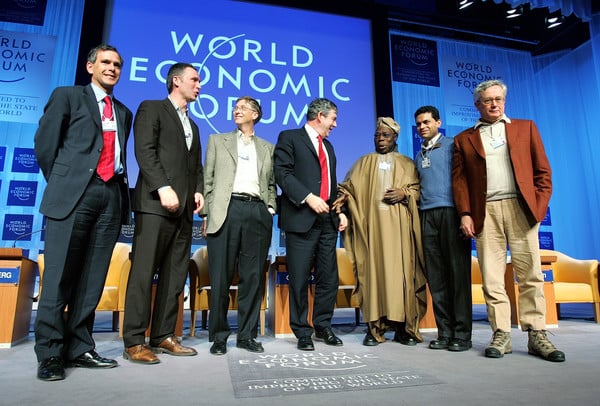 During his appearance on the Nov. 2 episode of “ReFounding America” on Brighteon.TV, Newman told program host Dr. Peter Breggin that the globalists used the pandemic as a pretext to enslave humanity, enrich themselves and destroy countless lives. He named the globalists responsible for these crimes, calling for their prosecution and punishment.

“Dr. [Anthony] Fauci, he’s a key player – but there are people much higher up the food chain than him. Bill Gates, a non-doctor, he’d be a very good person to look at.”

Newman, host of “The Sentinel Report” also on Brighteon.TV, added that the World Economic Forum and its Executive Director Klaus Schwab ought to be investigated, alongside those involved in the Event 201 exercise held in 2019. He also included those with the Rockefeller Foundation that issued a 2010 report detailing the “lockstep scenario.” (Related: Audio obtained from Event 201 launch announcement in 2019 reveals covid to be a WEF-sponsored war games simulation.)

“We need to find out, for sure, where this came from,” he said. “Now, the Senate Committee on the Environment and Public Works just came out recently with a preliminary report saying that [SARS-CoV-2] almost certainly came out of a laboratory.”

The “Sentinel Report” host expressed hope that in case the Republican Party wins the midterm elections, a select Congressional committee consisting of “credible people with significant credentials who’ve worked in the medical field and have some understanding of the law” will look into the pandemic’s origins. He added that all angles ought to be probed by competent criminal investigators and people who do not have any conflicts of interests.

“I think we need state-level prosecutions as the federal government has shown that it is way too corrupt to handle these types of tasks,” Newman said, zeroing in on House Minority Leader Kevin McCarthy (R-CA) and Senate Minority Leader Mitch McConnell (R-KY).

Newman: Today is no time for pandemic amnesty

Breggin mentioned the Atlantic magazine article by lockdown proponent Emily Oster that suggested a “pandemic amnesty.” In the piece, she urged Americans to put away all the terrible pandemic-era decisions over lockdowns, school closures and masking as well as public humiliation for those who disagreed – given that the country was “in the dark about COVID-19.”

“Let’s acknowledge that we made complicated choices in the face of deep uncertainty and then try to work together to build back and move forward,” Oster appealed.

According to Newman, there is a time and place for amnesties such as following a country’s civil war to unite the nation once more and end hostilities. The pandemic, he remarked, is not one of them.

He also said that during the peak of the pandemic, these totalitarians were publicly shrieking on television that people shouldn’t be allowed to go out of houses, should be placed in concentration camps and injected against their will.

“When you actually mandate those things as government policy, that’s not a difference of opinion, that’s a crime. It’s a very serious crime that’s been established as you can go back to the Nuremberg trials.”

Newman commented that if the government is trying to avoid something like the massive destruction of humanity, “very, very serious accountability” is needed.

“If you got deceived, that’s one thing,” he said. “But if you were high up enough to understand what was going on and you were deliberately infringing on the God-given rights of Americans, you need to be punished, you need to be held accountable and that will send a message to future generations that this type of lawlessness and this type of criminal behavior will be punished, and it will not be tolerated.”

Visit Globalism.news for more about the globalists responsible for COVID-19.

Watch the full Nov. 2 episode of “ReFounding America” with Dr. Peter Breggin and Alex Newman below. Catch new episodes of the program every Wednesday at 6-7 p.m. on Brighteon.TV.

WEF’s Yuval Noah Harari believes the world does not need so many people.