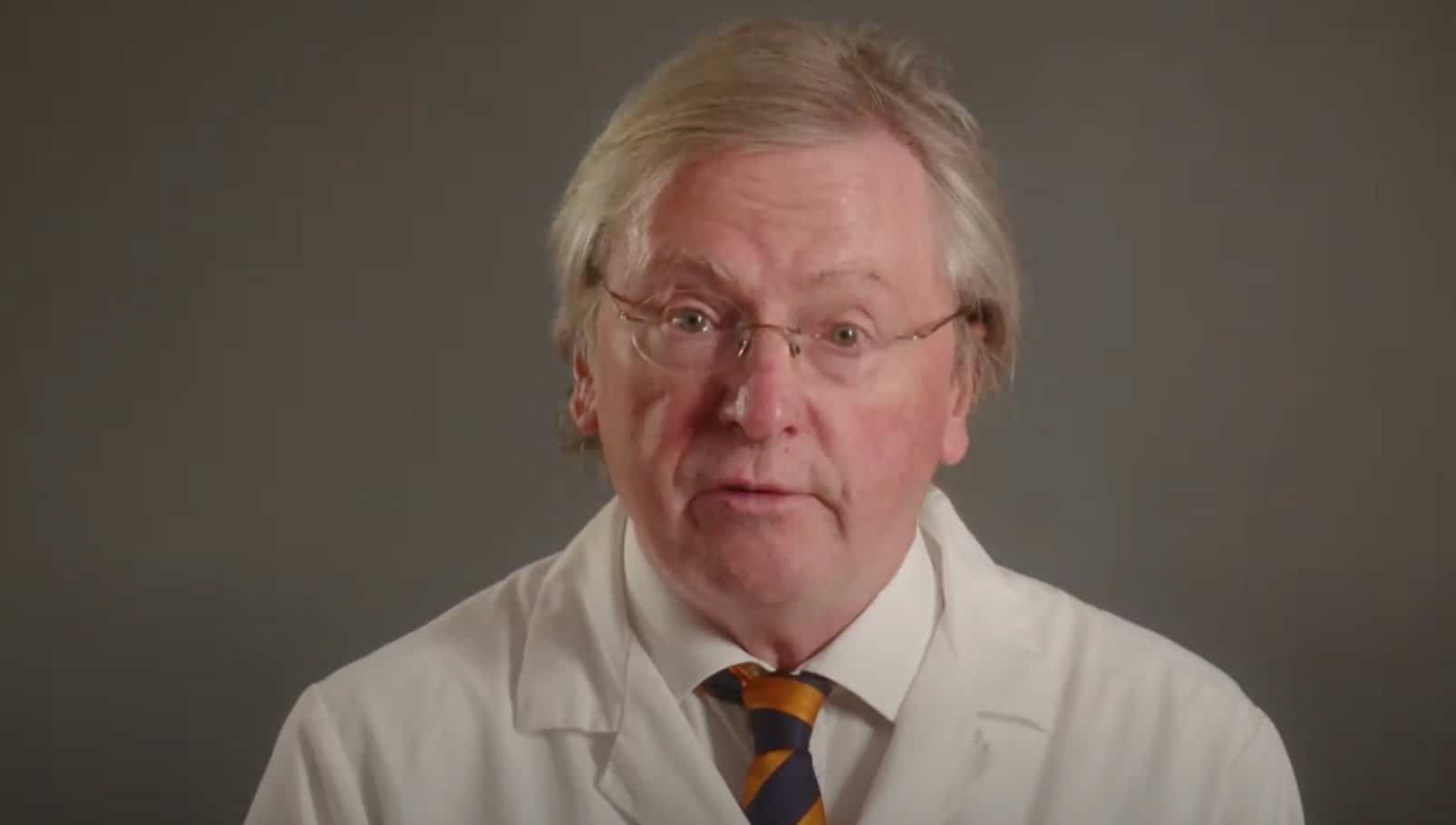 Dr. Angus Dalgleish, a renowned oncologist practicing in the UK, recently wrote an open letter to the editor-in-chief of the medical journal The BMJ, urging the journal to “make valid informed consent for COVID vaccination a priority topic” because cancers and other diseases are rapidly progressing among “boosted” people.

Angus George Dalgleish, 72, is a professor of oncology at St George’s, University of London, best known for his contributions to HIV/AIDS research and is one of the most sought-after doctors in London.

A medical oncologist is trained to treat different types of cancer using chemotherapy and other medications, such as immunotherapy and targeted therapy.

Naked Emperor Substack noted that Dr. Dalgleish is a co-discoverer of the CD4 receptor as the major cellular receptor for HIV. Angus is also a vaccine researcher and founded a biotech company developing cancer vaccines.

As reported by RAIR Foundation, “the cancer specialist of more than 30 years writes that the link between Covid vaccine and “blood clots, myocarditis, heart attacks, and strokes is now well accepted, as is the link with myelitis and neuropathy.” He adds that he already predicted these side effects in June 2020.”

“Now there is another reason to halt all vaccination programs, says Professor Dalgleish. As a practicing oncologist, he sees people with stable diseases rapidly progress after being forced to have a booster, which many take so they can travel or work,” the outlet added.

Covid no longer needs a vaccine programme given the average age of death of Covid in the U.K. is 82 and from all other causes is 81 and falling.

The link with clots, myocarditis, heart attacks and strokes is now well accepted, as is the link with myelitis and neuropathy. (We predicted these side effects in our June 2020 QRBD article Sorensen et al. 2020, as the blast analysis revealed 79% homologies to human epitopes, especially PF4 and myelin.)

However, there is now another reason to halt all vaccine programmes. As a practising oncologist I am seeing people with stable disease rapidly progress after being forced to have a booster, usually so they can travel.

Even within my own personal contacts I am seeing B cell-based disease after the boosters. They describe being distinctly unwell a few days to weeks after the booster – one developing leukaemia, two work colleagues Non-Hodgkin’s lymphoma, and an old friend who has felt like he has had Long Covid since receiving his booster and who, after getting severe bone pain, has been diagnosed as having multiple metastases from a rare B cell disorder.

I am experienced enough to know that these are not the coincidental anecdotes that many suggest, especially as the same pattern is being seen in Germany, Australia and the USA.

The reports of innate immune suppression after mRNA for several weeks would fit, as all these patients to date have melanoma or B cell based cancers, which are very susceptible to immune control – and that is before the reports of suppressor gene suppression by mRNA in laboratory experiments.

This must be aired and debated immediately.

According to a recent study published on the Harvard website, there is a dramatic rise in cancer in people under 50.

“A study by researchers from Brigham and Women’s Hospital reveals that the incidence of early onset cancers — including breast, colon, esophagus, kidney, liver, and pancreas — has dramatically increased around the world.”

A new review of cancer registry records from 44 countries found that the incidence of early-onset cancers is rising rapidly for colorectal and 13 other types of cancers, many of which affect the digestive system, and this increase is happening across many middle- and high-income nations.

The review’s authors say the upswing in younger adults in happening in part because of more sensitive testing for some cancer types, such as thyroid cancer. But testing doesn’t completely account for the trend, says co-authorShuji Ogino, a professor of pathology at the Harvard T.H. Chan School of Public Health.

Ogino says the spike is due to an unhealthy stew of risk factors that are probably working together, some which are known and others that need to be investigated.