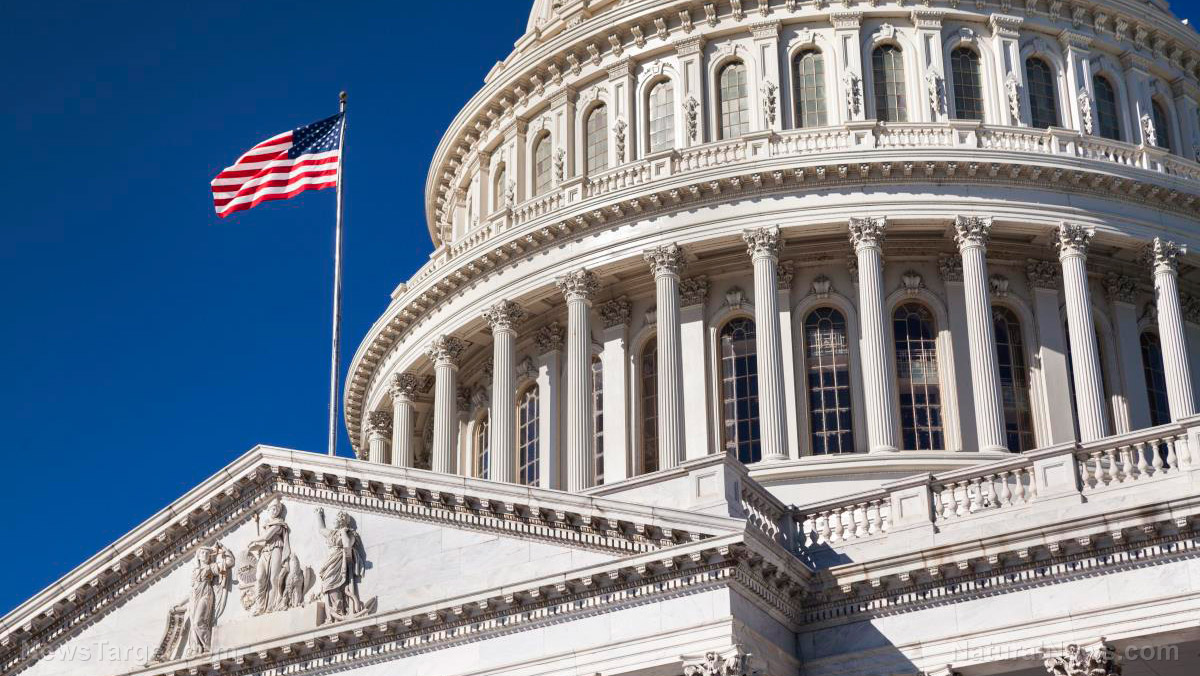 (Natural News)
Exasperated by repeated stonewalling from the FBI and Justice Department, Rep. Thomas Massie, R-Ky, took to Twitter today to remind both institutions that they may be expendable if they refuse to submit to congressional oversight and accountability.

“DOJ & FBI are creations of Congress. Congress has the power to dissolve them,” Massie wrote, calling to task far-left Attorney General Merrick Garland for the politicized climate.

DOJ & FBI are creations of Congress. Congress has the power to dissolve them.

The idea that they can choose which information to give Congress is an illusion perpetrated by them.

AG Garland must answer my question: Did federal assets encourage protestors to enter the Capitol?

During testimony before the Senate Judiciary Committee on Tuesday, apparatchiks from the FBI and DOJ refused to answer questions regarding undercover federal involvement in the Jan. 6 uprising.

“Sir, I am sure you can appreciate that I can’t go into the specifics of sources and methods,” FBI Assistant Director Jill Sanborn told Sen. Ted Cruz, R-Texas.

“How many FBI agents or confidential informants actively participated in the events of January 6th?”

“Who is Ray Epps?” pic.twitter.com/Haufq3kym2

“Sir, I can’t answer that question,” Sanborn again responded when asked whether Ray Epps is an FBI informant.

“I simply don’t have any information at all, Senator, about [Ray Epps],” Olsen told Cotton.

Sen. Cotton Asks About Ray Epps & Whether The DOJ/FBI Had Any Officers In “Plain Clothes” At The Capitol On January 6th pic.twitter.com/KRRArzoqsA

But even as intelligence flacks sought to dodge their own accountability, the DOJ said it is doubling down on its efforts to target conservative political dissidents.

Olsen told the committee yesterday that the FBI has formed a “domestic terrorism” unit in response to “an elevated threat from domestic violent extremists,” according to the National Review.

“This group of dedicated attorneys will focus on the domestic terrorism threat, helping to ensure that these cases are handled properly and effectively coordinated across the Department of Justice and across the country,” Olsen said.

Massie was among the first to bring the name “Ray Epps” to the public’s attention, asking Garland about the suspected false-flag plant during a House Judiciary Committee meeting on Oct. 21 of last year.

Massie’s reminder to the DOJ and FBI was reminiscent of the late Angelo Codevilla’s call for the abolition of the Deep State.

“Intelligence officials abuse their positions to discredit opposition to the Democratic Party, of which they are part,” Codevilla wrote in in a February 2020 article, amid the Democrats’ first impeachment trial for then-President Donald Trump.

“Complicit with the media, they leverage the public’s mistaken faith in their superior knowledge, competence, and patriotism to vilify their domestic enemies from behind secrecy’s shield,” Codevilla continued.