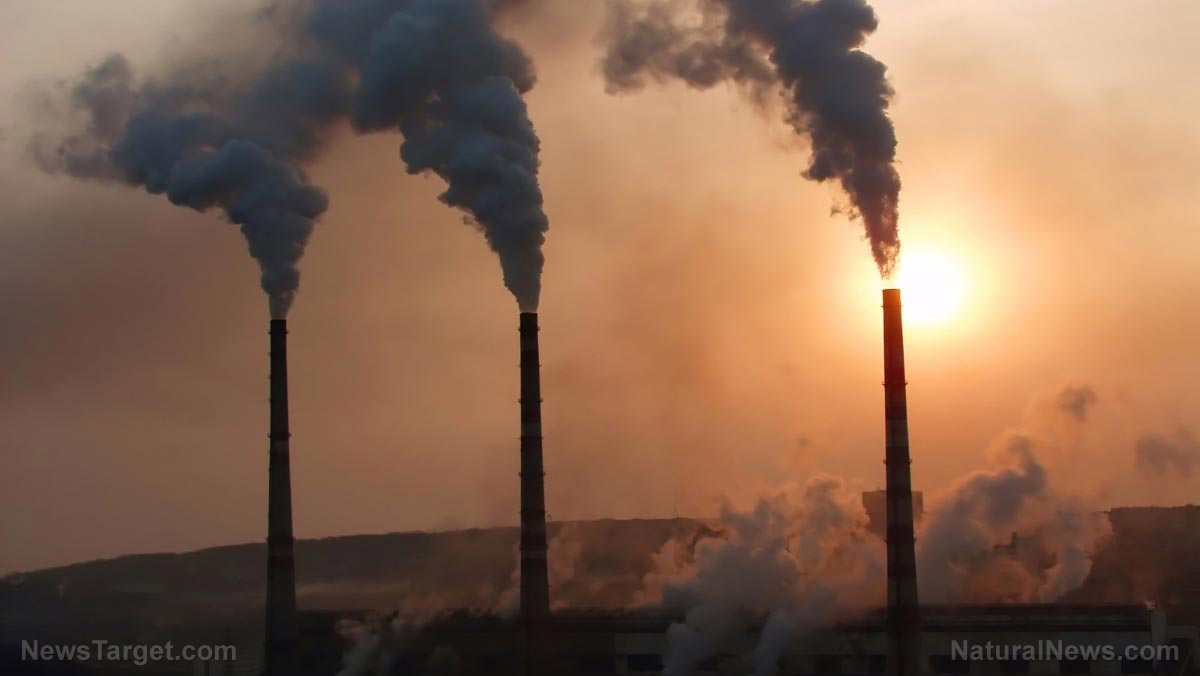 (Natural News)
A report has found that China emitted more greenhouse gases than the U.S. and other developed countries combined in 2019. The May 6 report by New York-based research firm Rhodium Group found that China produced more than two times the amount of the U.S.’s total emissions. Projects under the Chinese regime’s Belt and Road Initiative (BRI) contributed to its excessive emissions levels.

According to the Rhodium Group report, China accounted for more than 27 percent of total global emissions. This was more than twice the amount coming from the U.S., which followed at 11 percent. India placed third with 6.6 percent of emissions, while the entire European Union accounted for 6.4 percent.

The report also noted that China emitted almost 14.1 gigatons of carbon dioxide equivalents in 2019. The amount was more than triple the emission levels of 1990 and a 25 percent increase over the past decade. China’s per capita emission reached 10.1 tons in 2019 – constituting an almost three-fold increase over the past two decades.

“While final global data for 2020 is not yet available, we expect China’s per capita emissions exceeded the [Organization for Economic Cooperation and Development] average in 2020,” the report remarked. It also pointed out that as China’s net greenhouse gas emissions rose around 1.7 percent, those of other nations declined sharply amid the COVID-19 pandemic.

Sen. Rick Scott responded to the Rhodium Group’s findings through a tweet. “Communist China is the world’s worst polluter and we can’t trust it will do anything to change course,” he wrote.

The lawmaker also warned against working with China toward climate change. Scott continued: “Addressing our changing climate requires real solutions, but we can’t pretend toothless agreements with mega-polluters like Communist China will do anything to advance that work.”

According to the nonprofit group Global Energy Monitor, China had 1,082 coal-fired power plants in service as of January 2021. The communist country is also building 92 more power plants as of writing. An additional 135 coal-fired plants are also in the pre-construction phase. These figures only cement China’s position as the world’s largest coal producer and user. (Related: NASA images reveal massive DROP in pollution in China following coronavirus outbreak.)

China has also funded power plants run by fossil fuel in countries that signed up to the BRI, also known as the “One Belt, One Road” project. A blog post by the nonprofit Council of Foreign Relations (CFR) pointed out that most of China’s energy financing “goes toward non-renewable sources.” It cited China’s involvement in 240 coal plants in BRI countries in 2016 – a figure that has “likely grown” over time.

The CFR blog post elaborated: “Since the creation of the BRI, billions of dollars in Chinese funds have flowed toward fossil fuel projects around the world. These investments promise to make climate change mitigation far more difficult.” (Related: Eco-fascist Greta protects China from emissions scrutiny, playing into the hands of the communists that are polluting the planet.)

China established the BRI in 2013 to connect it with Africa, Asia and Europe. According to the CFR post, the initiative’s focus on coal “is driven by excess Chinese capacity and demand among developing nations.” These developing nations consider fossil fuels as a cheaper and more reliable energy source – making them the perfect customers for Chinese coal-fired plants. BRI-funded coal plants in turn create new markets for the coal China exports.

In addition, the BRI push toward fossil fuels allows Chinese firms restricted by environmental regulations to recoup their losses. One case mentioned in the CFR post involved an unprofitable Chinese coal plant being disassembled and shipped to Cambodia to resume operations there.

The blog post also put down some suggestions to fight China’s push toward coal. These included the U.S. working “with allies and partners” to make China commit to its green energy pledge for the BRI. True enough, China and the U.S. pledged to work together to fight climate change.

A trip by U.S. Special Presidential Envoy for Climate John Kerry in April 2021 highlighted the two countries’ collaboration. Days later, Chinese president Xi Jinping participated in an April 22 climate summit led by the U.S. He said that China would “strictly limit” its coal consumption from 2021 to 2025 and phase it down from 2026 to 2030. Xi also reiterated his September 2020 pledge to make China carbon-neutral by 2060.