Reported Italian Intervention in the 2020 Election Falls Apart with Scrutiny 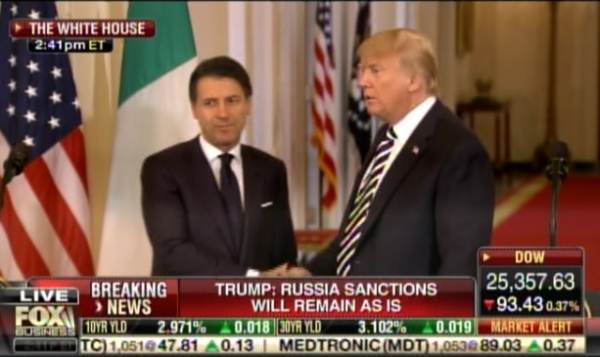 Reported Italian Intervention in the 2020 Election Falls Apart with Scrutiny

There is much chatter and discussion regarding a story coming out of Italy that claims the Italians were involved in the 2020 Election fraud.  This is what we know.

We have held off on reporting this story until we had more information on its legitimacy.

Below is a short summary of what we know.

The website, “Nations in Action” reported in a press release the following:

Senior IT Expert at Global Defense Contractor Testifies in Italian Federal Court; He and Others Switched Votes throughout America in the U.S. Presidential Race

Rome, Italy (January 5, 2021) – An employee of the 8th largest global defense contractor, Leonardo SpA, provided a shocking deposition detailing his role in the most elaborate criminal act affecting a US election. Corroborating the DNI Ratcliff’s report of international intrusion, Arturo D’elio outlined the scheme that proved successful in using Leonardo computer systems and military satellites located in Pescara, Italy. Recent reports of a hack at Leonardo now appear to have been an orchestrated cover to mitigate blowback on the corporation which is partially owned by the Italian government.

The release goes on the mention:

Maria Strollo Zack, founder of Nations In Action added, “States must prosecute all illegal voting activities and provide immediate legislative remedies. There can only be zero tolerance for criminal interference in American elections. This international conspiracy must be met with swift action by the President and be fully supported by elected officials for the protection of voting integrity and the prosperity of our great nation.”

Ms. Zack was interviewed online to discuss the story:

The story was supported by an individual named Brad Johnson who is reportedly a (Retired) CIA Chief of Station in the following video:

An affidavit going around, signed by Alfio D’urso, states that Arturo D’elia, the former head of an Italian defense company, testified to a judge that he was part of an operation that electronically switched votes in favor of Biden in the 2020 Presidential election using an Italian military satellite:

Here is our understanding on the above:

1 We can confirm that E’Elia is a real person and that Alfio D’Urso is an an attorney in Italy.  However, we understand that D’Urso does not represent Arturo D’Elia at this time:

I can confirm that Alfio D’Urso is a real attorney in Italy and has a website. Kudos to @tutamen1! pic.twitter.com/Dm9zLOQXrV

2 We understand a separate attorney represents D’Elia for his case for which he is in jail for.

3 We understand D’Elia has agreed to share more and provide his support once he is out of jail.

4 There are currently attempts to have someone interview D’Elia to determine his story’s accuracy.

5 We do believe the 2020 election was stolen and that there is enough information to show that President Trump won the election based on valid votes.

6 We would like to see all the ballots in the 2020 election forensically validated.  This would provide hard evidence of the results.

7 This accusation is difficult to prove.

8 We have reported on votes being switched between candidates all leading to significant increases for Biden and reductions in the Trump column.  We believe this happened.

9 We believe that the voting machines allowed for manipulation of ballots and were connected to the Internet.   A forensic audit of the Dominion machines in Michigan confirms this.

10 It seems there may have been an easier method of switching votes rather than sending the ballots to Europe and back but we can’t say this didn’t happen.

We currently don’t have key pieces of information related to this report to confirm it’s validity.

What you are about to read is true—not just parts of it but all of it. No aspect of The Three Commas Club has been fabricated or embellished. People often say truth is stranger than fiction. In the case of The Three Commas Club, this is absolutely accurate. By writing this story about sex trafficking, pedophilia and murder, I have knowingly and willingly put myself in harm’s way—in the crosshairs of powerful, evil men. I have done this to expose decades of criminal behavior and hopefully to spare future victims from the fate of being sexually exploited. This book has been written in real time. When I began, I had no idea how it would end or even if it would. What the future will hold by stepping out boldly as I have is anybody’s guess—que sera, sera. If you think my previous books have been page turners, which all of them are, you haven’t seen anything yet. The Three Commas Club is about to knock your socks off. I assure you it will.

Purchase the book on Kindle of Paper – CLICK HERE