Retake the USA from Depravity

For the Progressives, who have captured academia, the media, the worlds of sports and entertainment, along with the Democratic Party, there is no truth. There are no absolutes, including murder. This is why they do not even flinch at considering partial-birth abortion to be legitimate. To them, based on their worldview, it isn’t murder. You and I are fools for believing it is. Our problem is that we have been trapped by the false beliefs of Christianity.

There is no place where our false beliefs are more prevalent and damaging than when it comes to sexual morality. We are confined by our self-imposed norms, while they are not. For them, the cry of the student rebellion in France in the 60s continues to be their slogan. “It is forbidden to forbid” is their de facto mantra. In the twenty-first century, this now includes legitimizing pedophilia.

For a Progressive, being a pedophile is not wrong, nor should it continue to be stigmatized as a perversion. According to the American Psychiatric Association, it is no longer considered to be a deviancy. To de-stigmatize it, they now call it being “child attracted,” which is a much less negative designation.

Going one step further in their effort to make wrong right, Progressives maintain that children are not really being victimized by a predator, quite the contrary. To them, for a child to be robbed of his or her innocence can be looked upon as a good thing. The problem isn’t with the predator but with our Judeo-Christian belief system. Because we have labelled the sexualization of children by an adult as being sinful, we are wrong. How can something be sinful if there is no right and wrong? It can’t, not according to the moral abyss of Progressivism.

To them, it is not the pedophile who is wrong but Christians like you and me. It’s our shaming of them that is amiss. What we consider to be an unnatural affection is now championed by Progressives, but this is nothing new. As far back as the Roman Empire, perversion was a problem that was addressed in Romans 1. In antiquity, Christianity eventually prevailed. In twenty-first-century America, we must stand strong for the rights of children and prevail.

Let the Progressives hate us for being who we are. That’s their prerogative. We are here to please God and not them anyway—never the other way around. 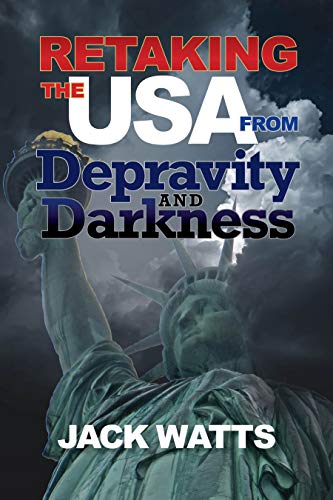 Stand Firm Against Progressivism Knowing profound change must occur, if we are to survive as the land of the free and the home of the brave, it is clear that a group of patriotic Christians and others of faith must be strong enough, committed enough and determined enough to make a stand. Only then can the course of American history be altered, precisely like it was in the Revolutionary era.What is needed, however, isn’t simply a renewal in patriotism. Our need is more fundamental than this. If we want change that will last, if we want our core values to be restored, if we want our way of life to flourish once again, we are the ones who will need to change—not the Progressives. Being degenerate by nature, most of them are incapable of changing—not for the better anyway.This is not true for us. If we change, America will change. If we don’t, the Children of Darkness will secure their victory and the United States we have known will cease to exist. To survive and once again thrive, we must embrace the fact that Christ placed us in this position. It is for such a time as this that we have been groomed. It is up to us, ordinary people, to stand strong for the USA. Nothing less than a renewed commitment to godliness will accomplish the goal we desire. This is why Retaking the USA: From Darkness and Depravity has been written. If you read the book, it will change you forever—no doubt about it. — Purchase Jack Watts Book by Clicking Here.