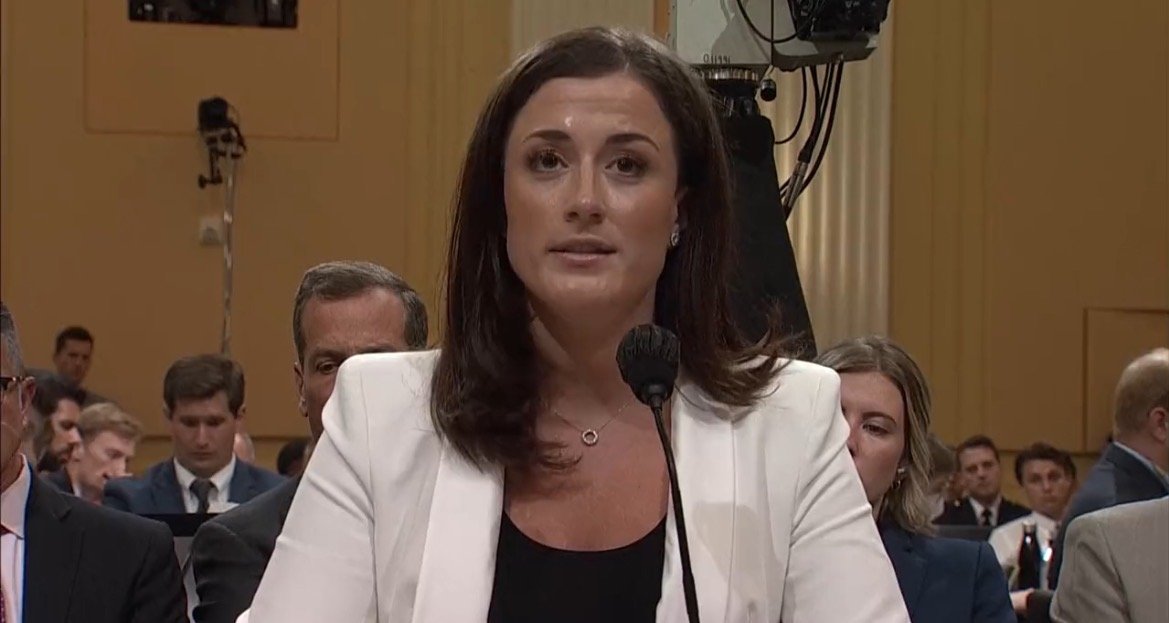 The Secret Service’s chief of communications, Anthony Guglielmi, told Politico that the January 6 Committee did not reach out to the agency in the 10 days before Cassidy Hutchinson’s testimony on Trump’s behavior in the presidential vehicle.

It is clear that Liz Cheney and her January 6 Committee trotted out an unknown assistant to Mark Meadows to smear Trump with lies and gossip.

Cassidy ‘Smollett’ Hutchinson said Trump got into “the beast” after his speech at the Ellipse on January 6 with the belief that he would be driven to the Capitol.

According to Hutchinson, who received this information from Tony Ornato, the Assistant Director for the Secret Service, Trump grew angry after he was informed that he was being driven back to the West Wing.

TRENDING: MORE LIES: Cassidy Hutchinson ALSO Lied about Handwritten Note in Testimony — And Liz Cheney KNEW IT WAS A FALSE because the Actual Author of the Note Testified It Was His!

According to Ornato, Trump shouted, “I’m the f*cking president! Take me up to the Capitol now!”

Hutchinson alleged that at this point Trump reached up to the driver, grabbed the steering wheel and tried to commandeer the presidential limo.

The Secret Service denied the report and the agents are ready and willing to testify.

🚨 A source close to the Secret Service tells me both Bobby Engel, the lead agent, and the presidential limousine/SUV driver are prepared to testify under oath that neither man was assaulted and that Mr. Trump never lunged for the steering wheel.

The January 6 Committee, with RINO Liz Cheney at the helm, didn’t even reach out to the Secret Service in the days leading up to Hutchinson’s testimony wherein she accused the president of the United States of trying to commandeer “the beast.”

The Jan. 6 committee didn’t reach out to the Secret Service in the days before it aired explosive testimony about an alleged physical altercation between Donald Trump and his security detail on the day of the riot, according to an agency spokesperson.

Anthony Guglielmi, the service’s chief of communications, told POLITICO that select committee investigators did not ask Secret Service personnel to reappear or answer questions in writing in the 10 days before asking Hutchinson about the matter at the hearing.

“[W]e were not asked to reappear before the Committee in response to yesterday’s new information and we plan on formally responding on the record,” he wrote in an email. “We have and will continue to make any member of the Secret Service available.”

The Secret Service statement comes amid questions about two aspects of Hutchinson’s testimony: the story about Trump’s behavior in his presidential vehicle, which Hutchinson said was relayed to her by top White House security aide Tony Ornato; and her claim to have written a note about a potential Trump statement that would’ve aimed to quell the Jan. 6 violence.

And the committee’s lack of outreach in the days before Hutchinson’s hearing is notable because the Secret Service has said Jan. 6 investigators can access any documents or witnesses they deem relevant.

Hutchinson’s spox said the witness stands by her testimony.

Ms. Hutchinson testified, under oath, and recounted what she was told. Those with knowledge of the episode also should testify under oath. https://t.co/F69nuMH5oy