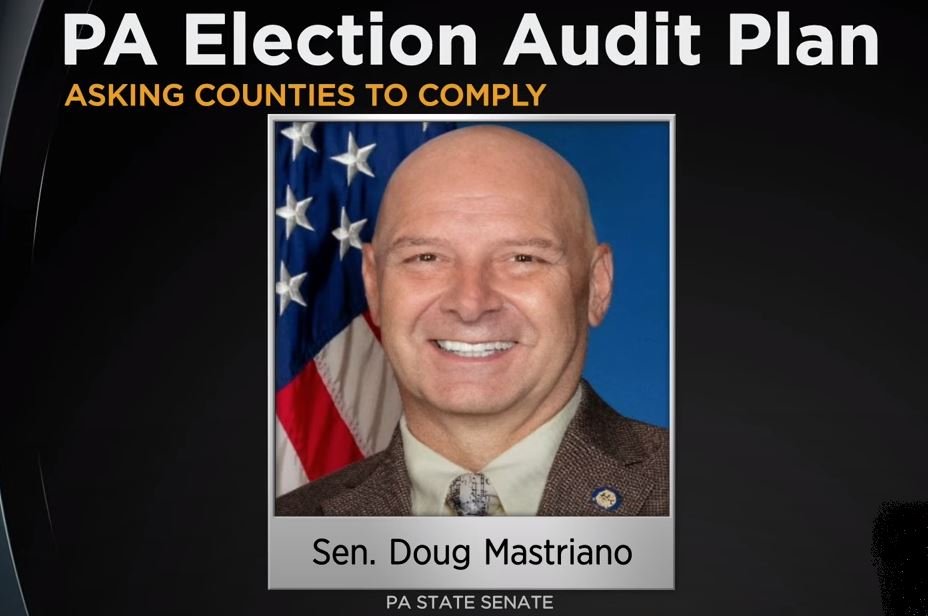 Senator Mastriano put up a video on his Facebook page blaming the “powers that be” for keeping his committee from meeting and issuing subpoenas.
The video was subsequently taken down.

Senator Corman is just another RINO-Democrat who is unwilling to look at the greatest American crime in history.
What a disgrace.

Jake Corman is preventing Senator Mastriano from issuing subpoenas to investigate the obvious voter fraud in the state.

TRENDING: BREAKING BIG — Jovan Pulitzer: Arizona Audit Report Will be Delivered to Senate on Friday, Results Will Be Earth-Shattering

Dwight Weidman at The Franklin County Journal reported in July on the “powers that be” who were preventing Mastriano’s efforts to audit the Pennsylvania election.

A backer of former President Donald Trump’s effort to carry out an Arizona-style “forensic investigation” of Pennsylvania’s 2020 presidential election suggested Thursday that fellow Republicans in the state Senate are blocking his efforts.

In a video posted Thursday on Facebook, state Sen. Doug Mastriano did not name names, but blamed “the powers that be” for preventing him from holding a meeting of the committee he chairs to vote on issuing subpoenas to counties…

…Mastriano needs a quorum of his committee to meet.

Senate Republican leaders have been largely silent about Mastriano’s efforts while it has sowed discord in the Republican caucus. Democrats oppose it.