Russia clarifies what its ‘red line’ is with the U.S., NATO, Europe, as world inches closer to war 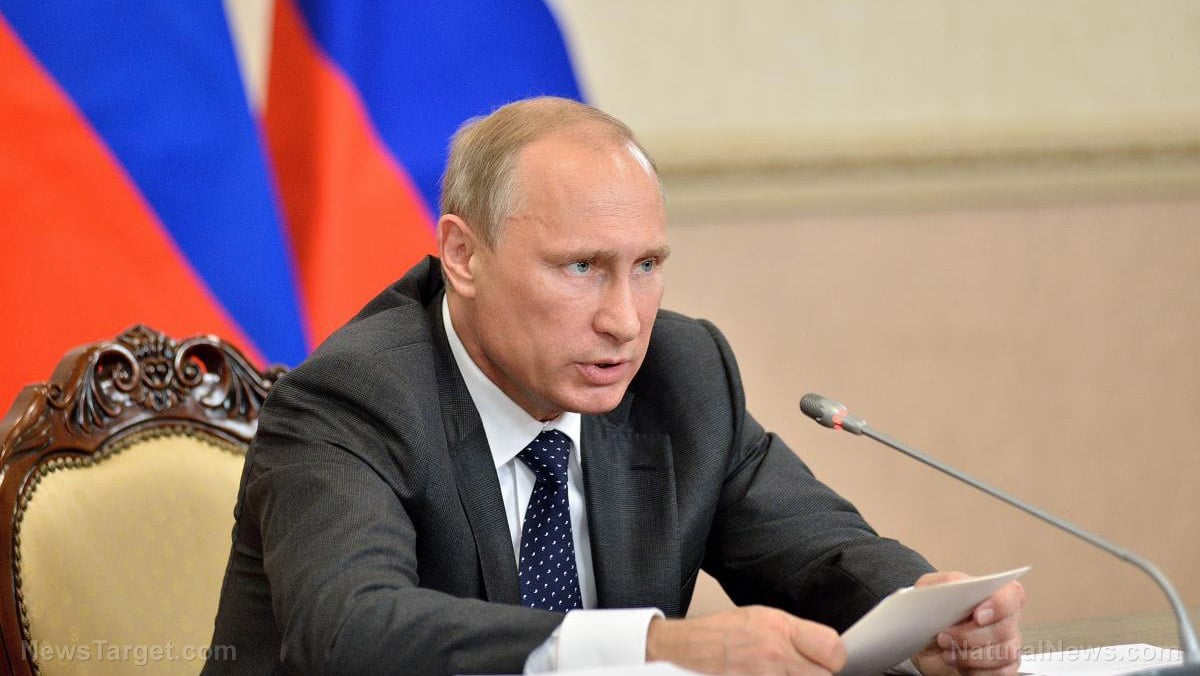 (Natural News)
Russian President Vladimir Putin is becoming increasingly fed up with losing troops in Ukraine thanks to U.S.- and NATO-supplied weapons, and he’s clarifying what he considers a ‘red line’ that cannot be crossed without consequences.

Specifically, if the Biden regime supplies Ukraine with longer-range missiles capable of striking far deeper inside Russian territory, Putin has vowed to defend the country with any means necessary, Russia Today, which is a state-aligned media organ, reported this week.

According to Russian Foreign Ministry spokeswoman Maria Zakharova, the U.S. will become “complicit in war crimes” for continuing to supply weapons to Ukraine that are used to attack and kill Russian forces, though of course, Moscow has been providing weapons and technologies to America’s enemies for decades. That said, should Washington supply Ukraine with longer-range missiles, “it would cross the red line,” and the U.S. would “become an actual party to the conflict,” Zakharova noted further, Russia Today reported, noting further:

Such a move would be equivalent to deploying ground-based medium-range missiles to Europe, Zakharova said, adding that such weapons were previously banned by the Intermediate-Range Nuclear Forces Treaty (INF Treaty), which the US abandoned back in 2019 under then-President Donald Trump.

“In such a scenario, we would have to come up with an adequate response,” the spokeswoman said, going on to add that Russia “reserves the right to defend its territory using any means available.”

She noted that the U.S. has been supplying Ukraine with sophisticated M142 HIMARS and M270 MLRS missile systems that have a range of around 45-55 miles. However, the spokeswoman said that Kyiv is seeking longer-range missiles such as the US-made Army Tactical Missile System, or ATACMS, whose missiles can be fired by HIMARS or MLRS systems and have a longer range of hundreds of miles.

Zakharova also accused the U.S. and NATO of attempting to drag out the war in Ukraine for as long as possible while also managing to control how the conflict plays out. She called it another sign of the United States’ “direct involvement in the fighting,” while accusing Washington and its allies of “global destabilization” leading to the launch of a new “arms race.”

Her words came just a day after the Russian ambassador to Washington, Anatoly Antonov, accused the US of “inciting Kiev” against Russia, as well as aiding Ukraine’s military efforts and “boasting” about it. The diplomat also blasted US claims about not being a party to the conflict as “ridiculous” and “unfounded.”

In September, the Pentagon revealed a new military aid package for Kiev worth $675 million. The package includes artillery ammunition, armored vehicles, and remote-launched mines, among other items.

For some reason, the leader of the Catholic faith has weighed in on the arming of Ukraine, questioning the “morality” of it — as though helping a country that was attacked by Moscow defend itself is a bad, unreligious thing to do.

In a pained explanation, Pope Francis told journalists traveling with him on his papal plane following a three-day trip to Kazakhstan that the motivation behind providing weapons to Ukraine supposedly makes a big difference in whether the action can be deemed ‘morally acceptable.’

Selling weapons to another country is “morally acceptable if done under the conditions of morality,” he told reporters, but arms shipments “can be immoral if done with intentions of making more war” or to otherwise profit from the sale in some way, according to quotes attributed to him by the Catholic News Service.

In fact, weapons of war are for just that — war. And since they aren’t manufactured for free, countries seeking weapons of war from another nation tend to have to pay for them, though Ukraine has been getting many of its weapons compliments of the U.S. taxpayer.

And what about the morality of invading another country? The pope was silent on that.