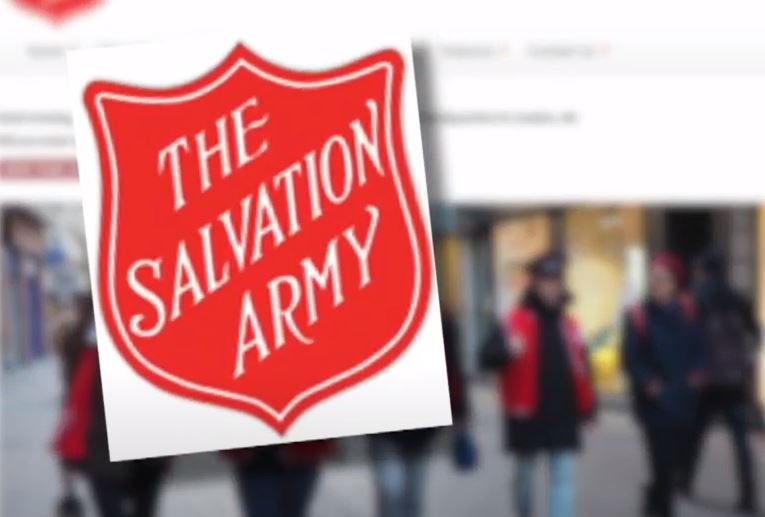 "Knowing About the Coming Collapse Is The Key To Your Family's Survival" -A.D.

The Salvation Army is asking for more than donations this year.
The Christian charitable organization is asking all white donors to reflect on their racism this year.
Wow.

The Salvation Army wants its white donors to give it more than just money this Christmas season. Its leadership is also demanding they apologize for being racist.

It’s part of a push by the Christian charitable organization to embrace the ideas of Black Lives Matter, an activist group working to, among other things, “dismantle white privilege” and “disrupt the Western-prescribed nuclear family structure.”

TRENDING: Kyle Rittenhouse and His Mother Flew Out to Meet with President Trump in Mar-a-Lago (Video)

The Salvation Army’s Alexandria-based leadership has created an “International Social Justice Commission” which has developed and released a “resource” to educate its white donors, volunteers and employees called Let’s Talk about Racism. It asserts Christianity is institutionally racist, calling for white Christians to repent and offer “a sincere apology” to blacks for being “antagonistic.. to black people or the culture, values and interests of the black community.”

“Many have come to believe that we live in a post-racial society, but racism is very real for our brothers and sisters who are refused jobs and housing, denied basic rights and brutalized and oppressed simply because of the color of their skin,” one lesson explains. “There is an urgent need for Christians to evaluate racist attitudes and practices in light of our faith, and to live faithfully in today’s world.”