Scary. RINO Who Supports Zuckerbucks Is Leading Idaho’s Secretary of State Race – Phil McGrane Would be a Disaster for Idaho 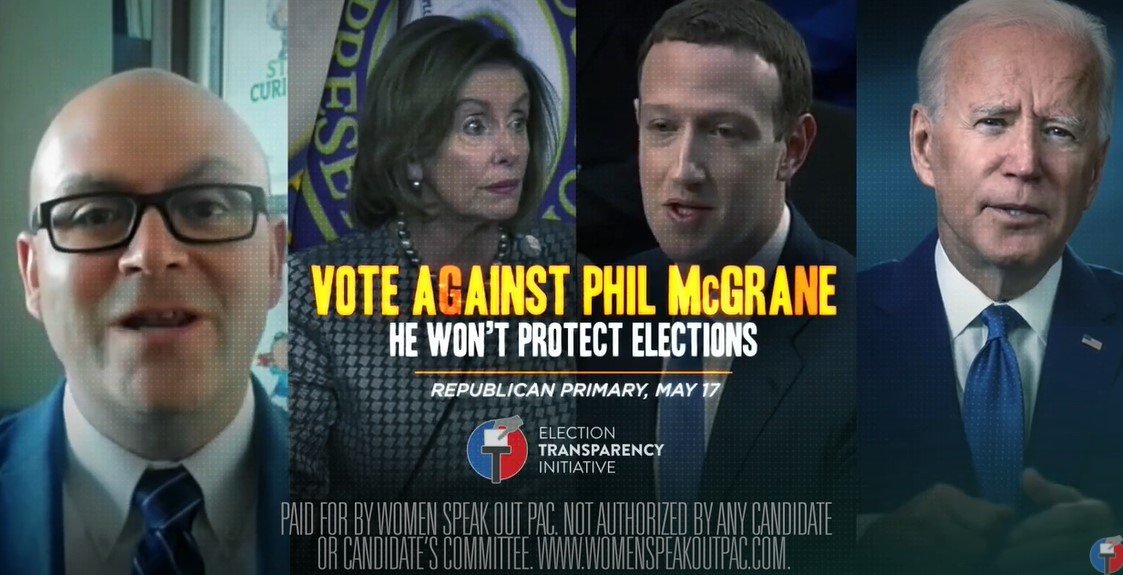 Ada County Clerk Phil McGrane is currently leading his 3-way GOP primary by a small margin according to recent polls from a few weeks ago (60% of voters were still undecided).

Election day is rapidly approaching in Idaho on May 17th.

Idaho is a solidly red state.  But like in other red states Democrats are working to put imposters in office who support a liberal agenda.

Phil McGrane solicited, accepted, and now defends taking “Zuckerbucks” that were used to benefit Democrats and stop Trump in 2020.  There were two documentaries recently that explain how Zuckerbucks helped Democrats steal the 2020 election from President Trump – Rigged and 2000 Mules.

This was all made possible by the millions of dollars Mark Zuckerberg invested into the 2020 election to help Joe Biden and Democrats.

Phil McGrane is an enemy of election integrity in multiple ways but the RINOs in Idaho are supporting him for some reason.  What is it with these dirty RINOs this year?

This Web video was going to run on broadcast and cable TV in Idaho with strong dollars behind it. But the group behind the ad had to pull it down because high-level people in Idaho who are close to donors want the RINO to win.

We are posting it here.

Phil McGrane is a “Republican” candidate who will slowly work to turn Idaho blue, chipping away at election integrity and making it easy to cheat. This is the game plan of the left in red states — to use certain republicans as their proxies to slowly destroy ballot integrity. Phil even used to be an attorney at the Elections Assistance Commission (EAC), which says enough. We have written extensively on the EAC here at The Gateway Pundit.

Establishment Republicans in Idaho believe they have this one in the bag, but this race is incredibly divisive as more and more people find out about Phil. He has no business winning any GOP primary. It would be a true travesty. He’ll simply preserve and make a broken system worse, by design.