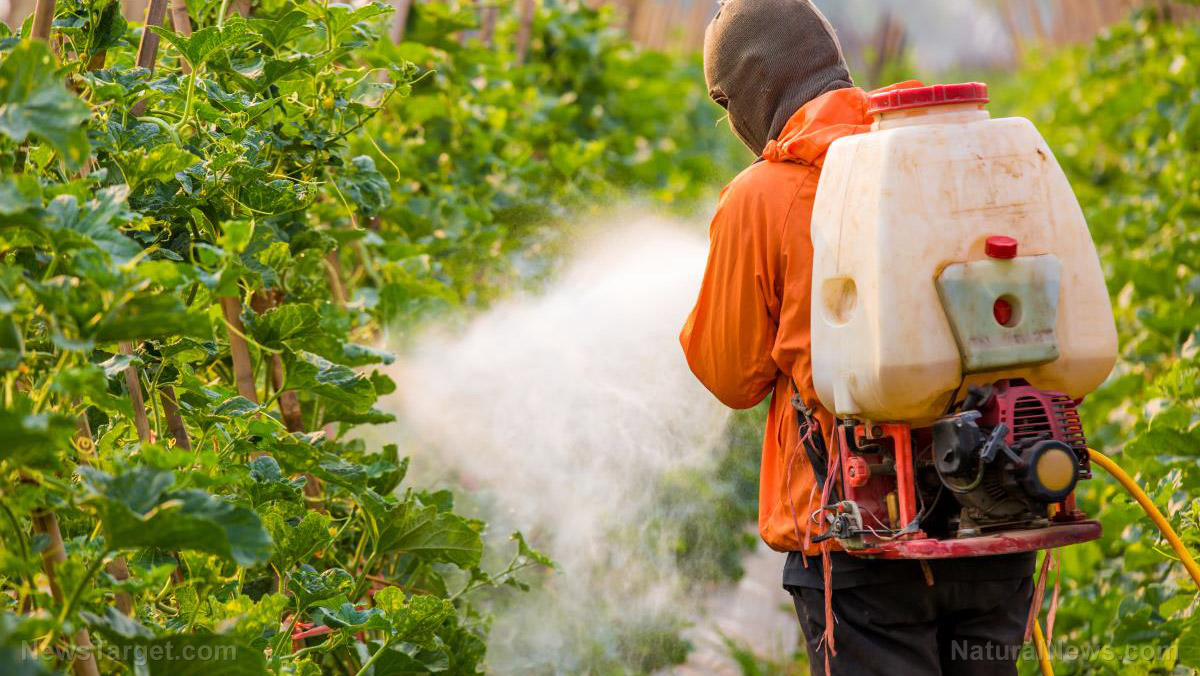 (Natural News)
A group of Australian researchers has developed a new and fast method of detecting a dangerous toxin from pesticides and chemical weapons. The study, published in the journal ACS Nano, explains how perovskite nanocrystals, which were being used to develop new solar panels, can change color upon detecting methyl iodide.

Methyl iodide, also known as iodomethane, is a colorless and volatile chemical commonly used in pesticides. It can degrade the ozone layer in large amounts. In humans, methyl iodide may depress the central nervous system, negatively affect the kidneys, irritate the lungs and eyes and cause drowsiness and nausea.

Methyl iodide is used as an intermediate in the manufacture of pesticides and some pharmaceuticals. It is used in microscopy as well, according to the United States Environmental Protection Agency (EPA).

Workers in industries that deal with pesticides and pharmaceuticals risk exposure to methyl iodide. Previously, the only methods available for detecting methyl iodide required the use of expensive and complicated laboratory equipment.

Scientists have tried to develop cheap and reliable methods for detecting methyl iodide. But they usually didn’t have enough sensitivity and/or took too long to produce results.

Prior to the study, it was difficult to properly gauge when methyl iodide was reaching dangerously high levels in a given area. (Related: Environmental discrimination: EPA refuses to protect Latino students from pesticide poisoning, ignores complaints for 12 years.)

The researchers used perovskite nanocrystals to create their own detection method. The crystals proved to be very efficient light emitters, said Wenping Yin, the study’s lead author and a research fellow at Monash University in Melbourne, Australia.

Their method relies on the fact that the nanocrystals, which are fluorescent, emit a different-colored light upon reacting to methyl iodide. The nanocrystals exchange bromine with the iodine in the compound, makes the crystals change color.

The change in color is dependent on the concentration of methyl iodide present. As such, the nanocrystals may shift from green to yellow, orange to red or deep red, which denotes dangerously high levels of methyl iodide. In addition, the chemical reaction that causes the crystals to change color takes only a few seconds.

Yin and her colleagues were also able to demonstrate that the change in color is dependent on the nanocrystals and methyl iodide, not on other variables.

To sum up, the new detection method relies on a change in color, which is very easy to detect. The crystals take only a few seconds to detect methyl iodide and consequently change the color they emit.

Therefore, the new method can be applied easily to real-world settings. Co-author Jacek Jasieniak noted that it needs to be developed further so that it can be used to detect a broader variety of toxins from chemical warfare, such as mustard gas or tear gas. “[But] the stage is set,” said Jasieniak.

The next step now is to build a prototype sensing device that uses the newly developed detection method. Such a device would make it easier to detect methyl iodide in any setting.

Genevieve Dennison, a chemical warfare agent and toxic chemical specialist who wasn’t involved in the study, said she is excited about the potential of the new detection method. “[We] are looking forward to applying the technology to protect our military and first responders,” added Dennison.

The researchers worked with Australia’s Department of Defence and the Commonwealth Scientific and Industrial Research Organisation (CSIRO).

Visit Nanotechnology.news to learn more about the many applications of perovskite nanocrystals.