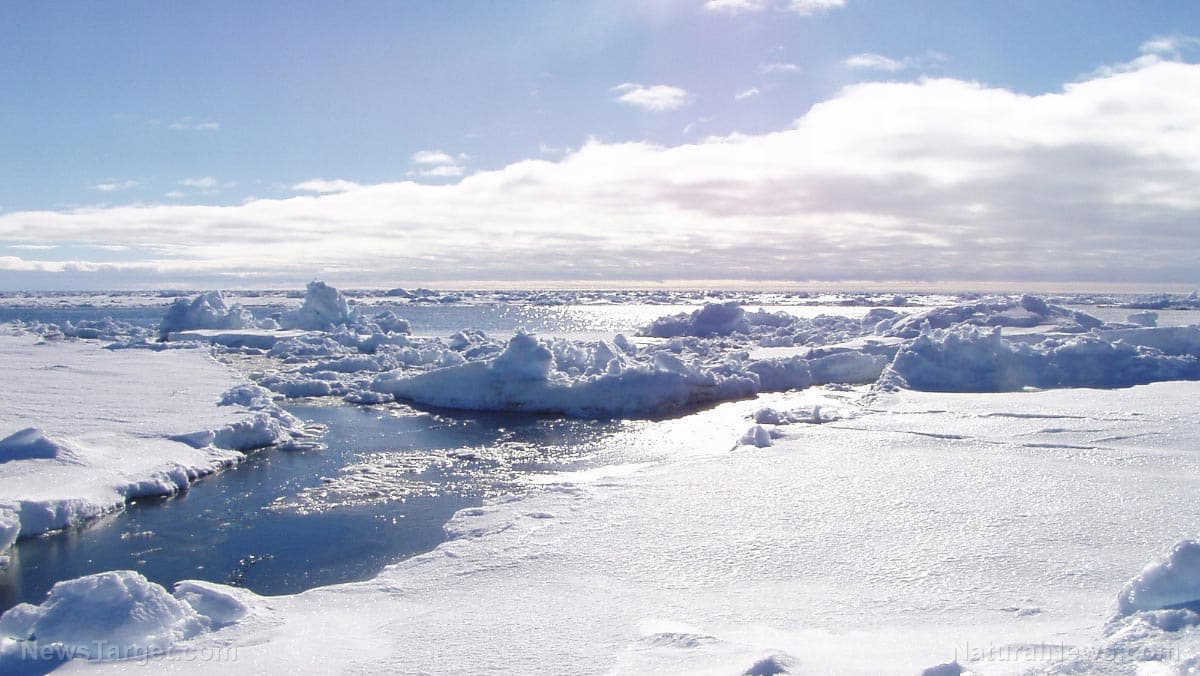 (Natural News)
A team of researchers discovered microplastics in samples taken near Antarctica, proving that plastic pollution in the South Pole is as bad as anywhere else on Earth.

The researchers found these microplastics in the air, sea water and sea ice collected 1,060 to 1,740 feet under the surface of the Weddell Sea. These microplastics assumed the form of fibrous polyesters, which develop from textiles made of synthetic materials such as polyester and acrylic. Their discovery was rather accidental in nature as they collected the samples while looking for the wreck of the Endurance, the ship helmed by Sir Ernest Shackleton.

Their findings published Nov. 21 in Frontiers in Marine Science stated that all their samples contained these fibrous polyesters. While the said microplastics usually come from clothes, they also come from fishing equipment such as nets and ropes. The majority of these microplastic fibers being discovered in air samples was of serious concern, as Antarctic animals and seabirds could be breathing them in as well.

“Our discovery of microplastics in seabed sediment samples has revealed evidence of a plastic sink in the depths of the Antarctic waters,” said study co-author Lucy Woodall of the University of Oxford. “Yet again, we have seen that plastic pollution is being transported great distances by wind, ice and sea currents.

Moreover, the study found that the accumulation of microplastics was much greater in sea ice than in other sample types. It showed that the said microplastics are being caught in layers of ice each year.

“Sea ice is mobile, can travel vast distances and reach the permanent ice shelves of the Antarctica continent where it can be trapped indefinitely with its gathered microplastic pollutants,” explained the study’s co-lead author Eoghan Manus Cunningham, also from Oxford.

Back in June, it was revealed that microplastics had been identified in recently collapsed Antarctic snow for the first time after being found in sea ice a few years earlier. Recent papers also noted that microplastic pollution in the Arctic is as widespread as in other parts of the planet.

Vast quantities of microplastics can now be discovered in the water, on the seafloor, on remote beaches, in rivers as well as in ice and snow in the polar region.

Microplastics have been hitting the headlines in the past few years as they become increasingly widespread in the environment – being discovered in the bodies of animals on land and sea, fruit and vegetables, seafood and drinking water.

These pollutants have also made it inside the human body – with scientists finding them in the lungs, blood and feces. Experts are concerned about their health consequences as they have been connected to allergies and inflammatory bowel disease. (Related: CONFIRMED: Microplastics now being found in our poop … What does that mean for us?)

Watch this video about the dangers of ubiquitous microplastics.

Billions of microplastics flooding our seas, scientists warn that environmental pollution is worse than initially thought.

Microplastics have reached farmland; experts say recycled wastewater and garbage are to blame.

FINDING: Masks will silently deprive humans of oxygen for years to come through microplastic pollution.