SHOCK VIDEO: NYC Pedestrian Hit by Car and Then Robbed While He’s Lying in Middle of the Street Severely Injured 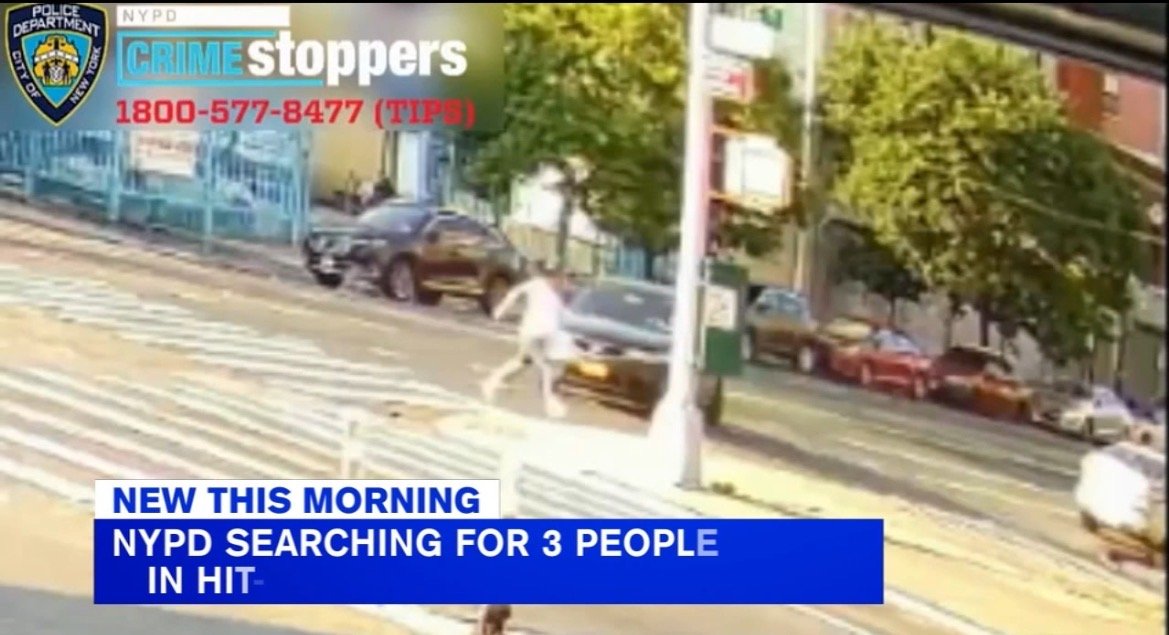 Meanwhile in the Democrat hellhole of New York City…

Bronx, New York – A pedestrian walking on the sidewalk at 898 East Street was struck by driver of a black sedan and then robbed as he lay in the street with serious injuries Saturday morning.

The victim was hit and launched into the air before landing in the middle of the street.

Two of the suspects, both black males, exited the vehicle and went through the victim’s pockets while he was lying severely injured in the middle of the street.

The third suspect who stayed in the car while the others robbed the victim was described as a “male, dark complexion, thin build, short hair.”

The 39-year-old victim was taken to Lincoln Hospital and is in critical condition, according to the New York Post.

Disturbing video released by the NYPD Sunday shows a man being hit by a car and then robbed as he lay splayed out on the ground struggling to survive.

The 39-year-old victim was walking on the sidewalk at 898 East 169th Street in the Bronx when a black, four-door sedan slammed into him around 6:40 a.m. Saturday, according to police.

The video shows the victim being thrown into the air before he lands on the street.

Two men who were inside the vehicle that hit him then got out and went through his pockets, taking his belongings, cops said.

A third man inside the car was described as a “male, dark complexion, thin build, short hair.” He was last seen wearing black pants, and a light colored hooded sweatshirt.