Situation Update, Jan 17th, 2021 – Dems build walls around Trump and DC to keep the people out while America begs Trump for ACTION 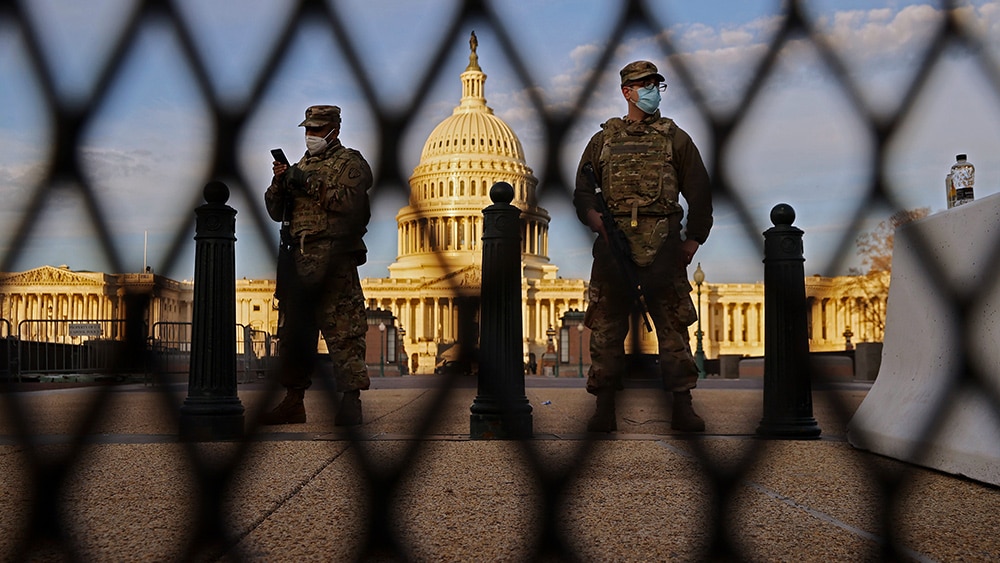 Situation Update, Jan 17th, 2021 – Dems build walls around Trump and DC to keep the people out while America begs Trump for ACTION

(Natural News) The overall emphasis for today’s Situation Update (Jan 17th) is that everything has been put in place for President Trump to take decisive action to stop the illegal coup against America, but he is surrounded by treasonous swamp creatures like Mark Meadows who are isolating him from reality and telling him he can’t act.

They’ve built a wall around the President, in other words, in order to keep out any advice from competent people such as Patrick Byrne or Sidney Powell.

The same power hungry Democrats have built a wall around DC, it seems, because they need to isolate treasonous lawmakers from the American people so that their final act of betrayal cannot be protested. This showcases the philosophy of Democrats: Complete the steal behind armed troops or during the dark of night. Censor or threaten the American people while falsely labeling all conservatives “terrorists” in order to justify government-run terror campaigns against the people.

The very same Democrats now calling for more walls, fences and razor wire at the capitol are universally opposed to walls at the southern border. “Walls are bad,” they told us for the last four years. But now suddenly walls are awesome when it prevents protesters from maneuvering within earshot of their beloved CCP puppet, Joe Biden.

The ChiComs are on the move, too, with Chinese troops preparing the invade the United States from the north, and cartel-assisted CCP troops from the south. On top of that Chinese rockets are able to hide in shipping containers and be remotely activated via satellite commands to strike US targets such as power grid infrastructure facilities.

Here are two photos from 2016 that reveal China’s early container-based weapon systems. Now, containers like this are being spotted all across the country in unusual numbers, often in Wal-Mart parking lots (which is really China-mart).

Just in case you were curious about the depth of CCP penetration into the United States, check out the portrait on the wall of this luxury home where former Tennessee Rep. Harold Ford Jr. is speaking with Fox News. These people worship Mao!

More details are found in the full podcast:

Today I also posted a short addendum which explains more details about good faith people vs. bad faith actors, and how to tell the difference: