Situation Update, Jan 21, 2021 – The astonishing case for optimism and faith 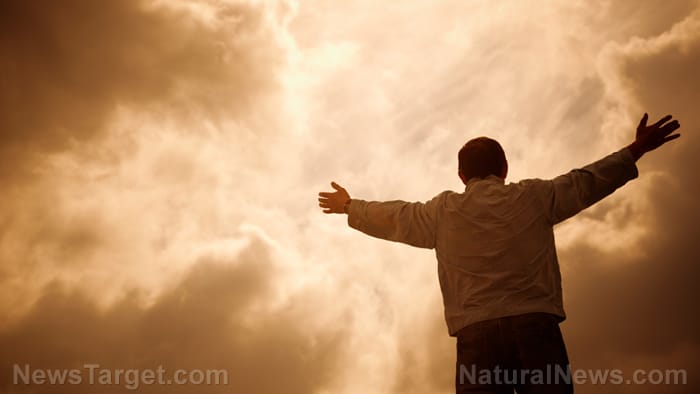 Situation Update, Jan 21, 2021 – The astonishing case for optimism and faith

(Natural News) After the staged, theatrical Biden inauguration yesterday that carries no legitimate legal standing whatsoever, people lost their minds as they fell for the spell of the fake news media that broadcast the Big Lie, in Hunger Games style.

Many patriots lashed out against podcasters and independent media outlets who have been operating in good faith to cover pathways of overturning the fraud. Sadly, attacks were aimed at SGT Report, X22 Report, RedPill78, Lin Wood, Scott McKay, Scott Kesterson and others.

None of those people deserve such attacks. They all operated with good faith and repeatedly explained that events may not occur on our desired timeline.

The solution for moving forward is to pull together as patriots and pursue actions that lead to victory, not turn on each other and start casting blame in all directions.

Kesterson has the right answer in all this, which is to have faith in God and the Constitution. Prepare for all worst case scenarios (as I’ve repeatedly said), but also be ready for miracles and unexpected victories that may have been planned long ago by Trump and his team.

My message today is: This is not over. Biden is an illegitimate, fake president. He wasn’t even flown in yesterday on a government plane and had to charter his own. The Pentagon is reportedly refusing to cooperate with him, and that may be a strong sign of things yet to come.

Trump and his family members promised, “The best is yet to come!” and appear to have knowledge of chess moves yet to be seen.

The US Constitution provides the military a mechanism to halt an illegal overthrow attempt by enemy forces controlling domestic puppets, and all military personnel swear an oath to defend the Constitution against all enemies foreign and domestic.

Do not lose faith in God, country and Trump so easily.

You have not been abandoned. Rather, you are being brought to bear witness to the unfolding of historic events.

Freedom cannot be cherished until you believe you have lost it.

Faith cannot be proven authentic until it is expressed during the most hopeless and dire circumstances.

Rebirth is not a comfortable experience. It’s scary. Yet the way we choose to handle these events tells a lot about our inner character and our real courage and determination.

Stay determined. Demand action from your states to halt the Biden regime’s reign of terror over America. Organize at the local level to defend your communities and your freedoms.

Understand there are numerous solutions still available, including legal options to expose the fraud. Election ballots must be saved for 22 months, which means the absolute proof of the Biden election fraud exists right now, stored in physical boxes in rooms across America. In those rooms are found the keys to overturning the fraud, and the way to get to those boxes is through the application of law.

This is why the censorship is ramping up even now, after Biden was shown to be inaugurated in a fake ceremony: Dems need to cover up their crime for the next 22 months to completely get away with it.

Our job is to make sure they don’t get away with it, and we all need to run delay and defense tactics at the state level to block their malicious agendas from doing much damage.

This is not the time to surrender in despair, it is the time to double down on faith and fortitude. The future belongs to those with courage and determination, not those who throw in the towel when a certain event doesn’t go their way.

Even if Joe Biden is the “president,” he’s only the president of a failed, bankrupt, collapsing entity that has already lost the consent of the governed and the consent of most of the military. The Biden regime can only stay in power under the brute force threat of a police state combined with brutal online censorship to enforce the lies of the Left.

Those totalitarian measures will sooner or later fail. We may suffer for a while, but we will defeat tyranny in due course.

Share your spirit of resistance against tyranny and join the effort to take our Constitutional republic back from those who are seeking to destroy it.