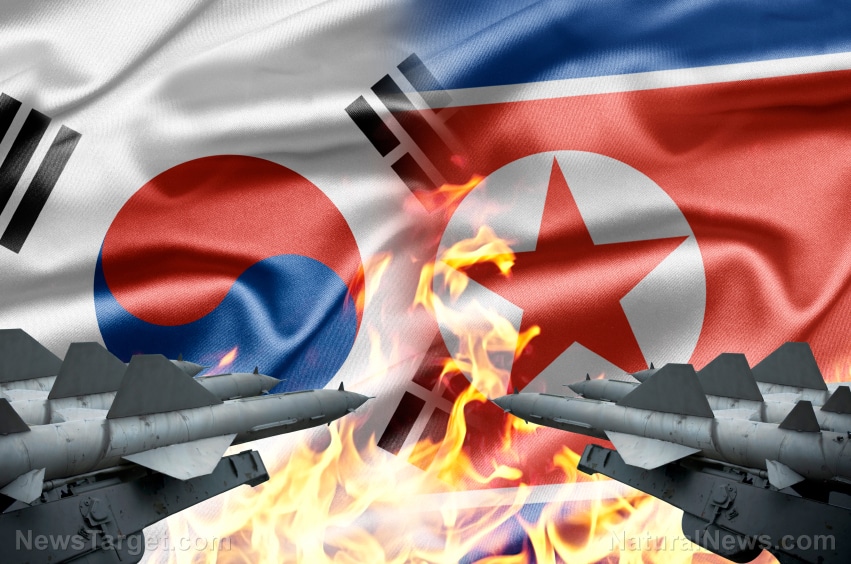 (Natural News)
South Korea, wary of North Korea’s provocative stance and stealthy behavior, is taking steps to ensure it won’t be caught off-guard if its northern neighbor decides to attack.

South Korean President Yoon Suk-yeol has given the go-signal for the country’s military to fast-track an advanced air defense system to neutralize highly probable rocket launches in the future. According to military sources, the air defense system will be patterned after Israel’s “Iron Dome” and will cost the South Korean government around $2.6 billion to build.

While the huge amount required poses no problem to the prosperous South Korea, the more pressing concern appears to be whether the defense system could be put up before the North strikes. The air defense system’s completion is slated for 2029, but the Yoon administration has vowed to have it ready by 2026. (Related: North Korea’s launch of multiple ballistic missiles threatens South Korea.)

In spite of Pyongyang’s well-stocked arsenal, Seoul believes that its planned defense system would be up to the challenge. Once completed, it will be able to rack rockets with radar, calculate interception points and shoot them down. Moreover, the Yonhap News Agency reported that South Korea is “developing technology that can quickly and accurately detect several hundred rounds of rocket artillery fire.”

South Korea’s defense system follows the Israeli Iron Dome, which has been proven to detect rockets up to 70 kilometers away and intercept them with a 90 percent success rate, even under sustained enemy fire. The Israeli military first deployed the system in 2011 to intercept rockets from the Gaza Strip, which was then controlled by the Islamist group Hamas.

According to CNN, Israel’s Iron Dome system works differently, targeting projectiles that pose the greatest threat. According to reports, it only intercepted less than half of the rockets and mortars fired by Hamas during a week of fighting in May 2021.

While the Iron Dome is still being set up, the South Korean military will have to make do with a number of self-propelled artillery guns and other weapons near the demilitarized zone (DMZ) to deter North Korean aggressions.

Pyongyang to target key cities in the South

North Korea, officially the Democratic People’s Republic of Korea, has threatened to target Incheon and the capital Seoul – two key cities – alongside military facilities to prevent the South from counter-attacking. The population city of Seoul and Incheon make them ideal targets for artillery bombardments by the isolated country controlled by the Kim family.

Both Koreas openly fought in the Korean War, which lasted from 1950 to 1953, though the state of war was never lifted after the end of the fighting. Almost 70 years later, Pyongyang appears to be gearing up for another showdown. Despite being economically poorer than the South, North Korea is not one to be belittled as it boasts of  a well-trained, well-equipped army with nuclear capability.

In mid-October, North Korea fired over 900 warning rounds into the Sea of Japan and the Yellow Sea. The firing of the rounds, majority of them believed to be rocket artillery, sought to goad Seoul into retaliating. This was followed by a Nov. 23 provocation from Pyongyang involving 23 missiles being fired less than 50 kilometers off the coast of South Korea.

According to South Korea’s Defense White Paper, North Korea possesses at least 5,500 rocket launchers, with some estimates putting the number as high as 10,000. Considering that damage from a rocket explosion covers a radius of 12.5 meters, the overall damage would be enormous if the rockets are fired simultaneously.

South Korea, in turn, is also taking a proactive military stance. It unveiled a new ballistic missile capable of destroying underground facilities. Moreover, it teamed up with the U.S. to conduct what is believed to be the largest military exercise between the two countries ever. These actions illustrate that Seoul is ready to counter any hostility with ferocity.

Head over to SelfDefense.news for more stories like this.

North Korea CAN strike the US: Here’s what you can do to protect yourself.

Why an attack on North Korea could trigger a devastating implosion of the U.S. economy.

North Korea already has capability to strike the USA with an EMP weapon, warn analysts.