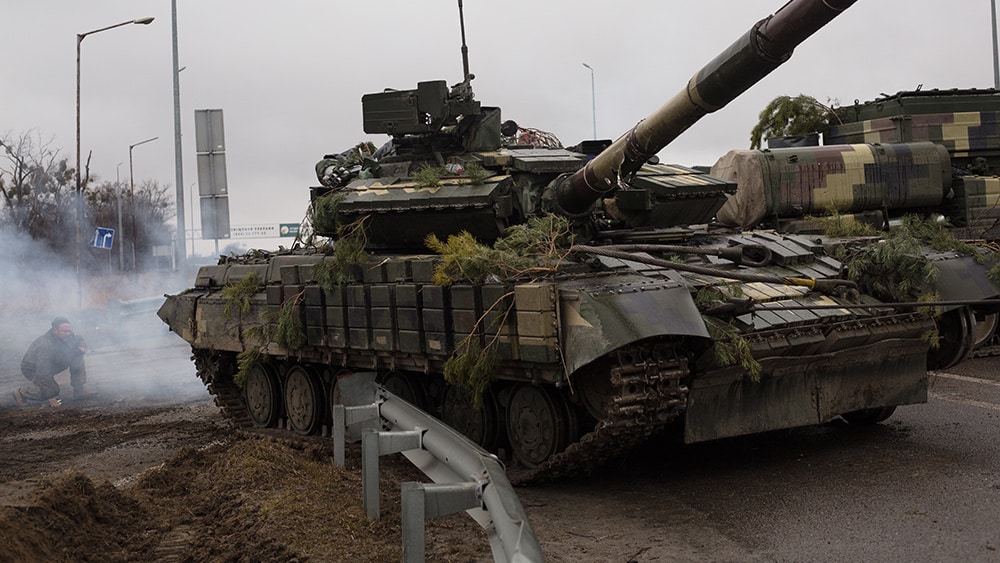 (Natural News)
An official at the Department of State has branded Russia’s alleged “war crimes” during its conflict with Ukraine as a “new Nuremberg moment,” referencing the trials against major Nazi figures at the end of World War II.

Beth Van Schaack, the State Department’s ambassador-at-large for global criminal justice, made the remarks during a Nov. 21 special briefing. Her remarks came a day after the 77th anniversary of the opening of the Nuremberg trials – which commenced on Nov. 20, 1945. The trials that ran from 1945 to 1956 saw the conviction of 160 surviving German defendants and the execution of 37 defendants.

“We have mounting evidence that this aggression has been accompanied by systemic war crimes committed in every region where Russia’s forces have been deployed,” Van Schaack said. “This includes deliberate, indiscriminate and disproportionate attacks against the civilian population and elements of the civilian infrastructure.”

According to the State Department official, Russia’s “aggression against Ukraine is a manifest violation of the United Nations (UN) Charter.”

She recounted several of these alleged crimes – including “custodial abuses” of civilians and prisoners of war, “gender-based violence” and “sexual violence against women and children.”

“This is definitely a new Nuremberg moment,” Van Schaack said in response to a question by Matt Lee of the Associated Press on whether Russian individuals could be held accountable for the aforementioned atrocities.

“Just as the Allies at the end of World War II banded together to advance the imperative of justice and usher in a new era of accountability for what then was the worst imaginable crime, it now falls to all of us to ensure that those responsible for the war crimes and other atrocities that we’re seeing in Ukraine are held to account.”

The State Department official ultimately remarked: “The world has never been more united than it is now around the imperative of ensuring accountability for this terrible breach of international norms that has been occasioned by Russia’s war of aggression.”

Throughout the duration of the Russia-Ukraine war, the world has been quick to demonize Moscow. However, an August report by Amnesty International revealed that Kyiv is actually the one guilty of committing war crimes. The group’s report said Ukraine’s strategy is putting civilians in harm’s way.

“Ukrainian forces have put civilians in harm’s way by establishing bases and operating weapons systems in populated residential areas, including in schools and hospitals,” the group said. “Such tactics violate international humanitarian law and endanger civilians, as they turn civilian objects into military targets.”

Amnesty International researchers have found evidence of Kyiv-backed forces launching strikes from within populated residential areas. They have also discovered Ukrainian troops basing themselves in civilian buildings in 19 towns and villages.

“We have documented a pattern of Ukrainian forces putting civilians at risk and violating the laws of war when they operate in populated areas,” said Amnesty International Secretary General Agnes Callamard. “Being in a defensive position does not exempt the Ukrainian military from respecting international humanitarian law.”

The Aug. 4 report did not sit well with Kyiv. Ukrainian President Volodymyr Zelensky accused the group of trying to shift responsibility for the aggression. Oksana Pokalchuk, Amnesty International’s head for Ukraine, stepped down from her position and called the report “a propaganda gift from Moscow.”

This prompted Amnesty International to issue an apology days later, as reported by Reuters. (Related: Amnesty ‘Sorry, not sorry’ for revealing Ukraine is violating international law.)

“Amnesty International deeply regrets the distress and anger that our press release on the Ukrainian military’s fighting tactics has caused,” it said in an email to the news outlet. “While we fully stand by our findings, we regret the pain caused.”

This video is from the CONSERVATIVE POLITICS & NWO channel on Brighteon.com.

International community demanding probe of Russia for “war crimes” but not U.S. for funding multiple bioweapons labs around the world.

Next phase of Russia’s war against Ukraine begins as ‘trainloads’ of troops pour into Moscow ally Belarus.