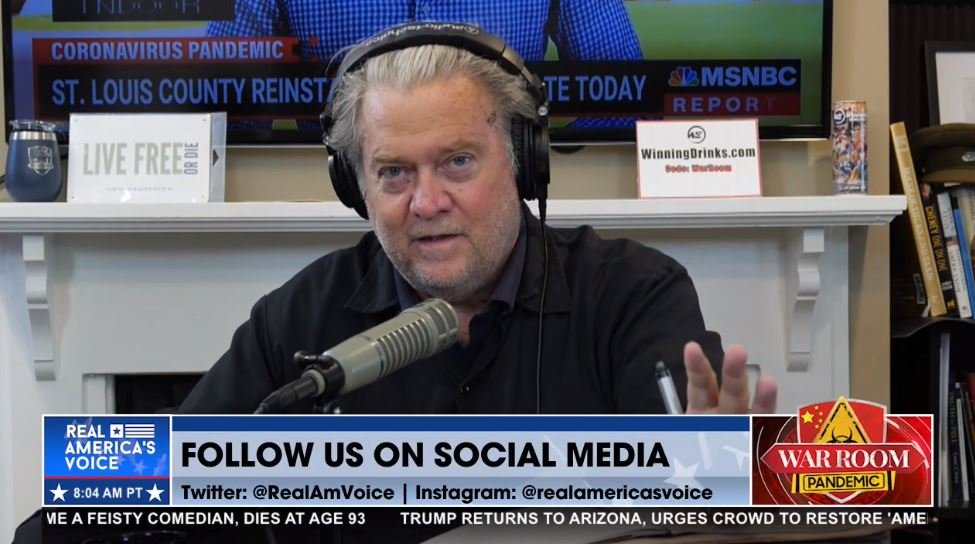 On Saturday President Trump spoke at a rally for election integrity in Phoenix Arizona. The venue was packed and featured all of the candidates for Arizona’s next Secretary of State, Governor, and US Senator.

Arizona RINO State Senator Michelle Ugenti Rita also gave a speech but she was booed off of the stage as her words were muffled by the crowd, turned angry mob.

In a contemptuous effort to save her speech, she yelled at her peasants “I’m going to win the primary!”

After feeling the heat from the crowd of thousands, The Gateway Pundit’s Jordan Conradson ran into her in another part of the arena.

TRENDING: “This is Under Active Consideration – I Am Part of the Discussion” – Dr. Fauci Says Masks May Come Back for Vaccinated Americans (VIDEO)

Ugenti-Rita left the building when asked questions by Conradson. Shortly after, she came back, and when he saw her again, she told officers on sight that Conradson was harassing her.

Roughly ten minutes later, Conradson was detained by event officials and escorted from the building for “harassing” Ugenti Rita.

While on the phone with Senator Kelly Townsend and simply walking to meet her outside of the event, police grabbed Conradson and used handcuffs to put him in the back of a police car.

Conradson could hear police radios accusing him of being a member of the Proud Boys, a right-wing organization that the left has labeled as terrorists. Conradson has no affiliation with any political groups.

On Monday Steve Bannon reported on State Senator Ugenti-Rita’s arrest of Jordan Conradson from “The Great Gateway Pundit” at the Trump rally.