Study: Common purslane weed is a “super plant” that may be key to developing drought-resistant crops 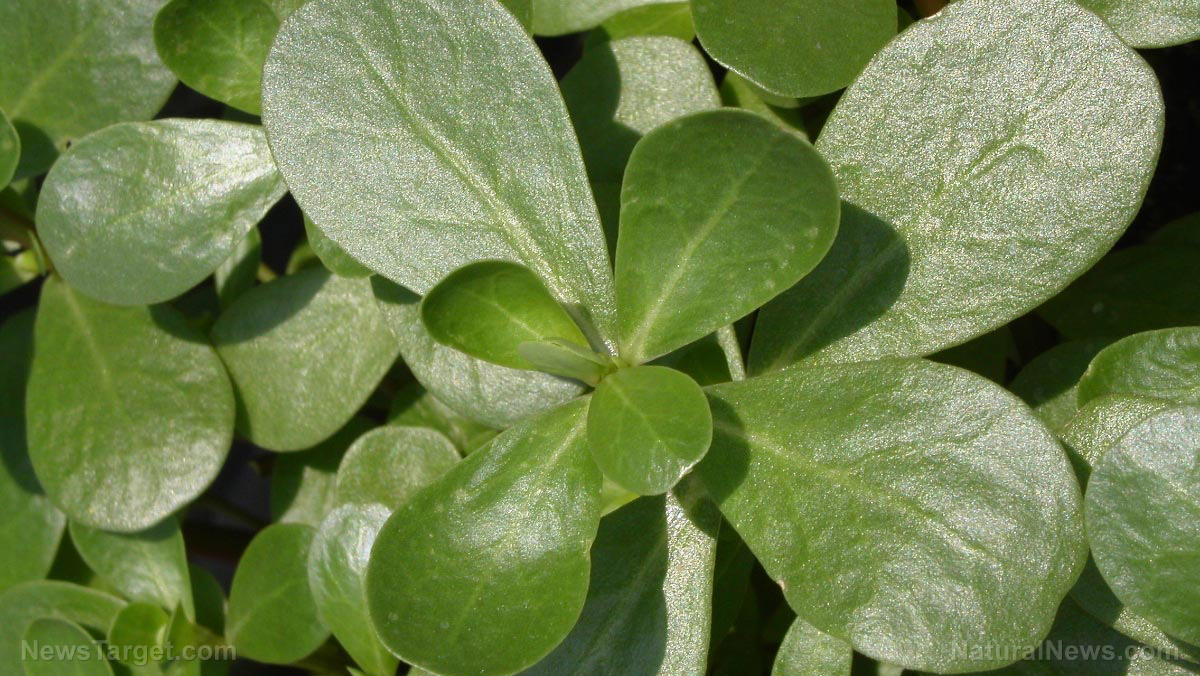 (Natural News)
For the average gardener, weeds like common purslane (Portulaca oleracea) are a nuisance. But according to a study, purslane could be a “super plant” that can help researchers develop drought-resistant crops.

In the study, a team of scientists from Yale University discovered that the weed purslane integrates two distinct metabolic pathways to create a unique type of photosynthesis. This allows purslane to survive drought as it remains highly productive.

Professor Erika Edwards, senior author of the study, explained that this is a very rare combination of traits that created purslane, a kind of “super plant” that may be very useful in endeavors like crop engineering.

Through a process called photosynthesis, green plants like purslane use sunlight to synthesize nutrients from carbon dioxide and water. Over time, different plant species have independently evolved many unique mechanisms to improve this photosynthesis.

Both corn and sugarcane have evolved “C4 photosynthesis,” which lets both plants remain productive even under high temperatures.

On the other hand, plants like cacti and agaves have evolved “CAM photosynthesis.” This allows the plants to survive in areas with little water. (Related: Drought-resistant cactus pear could become a sustainable food and fuel source, new research shows.)

C4 and CAM serve different functions, but they both use the same biochemical pathway to act as “add-ons” to basic photosynthesis.

Data from earlier have revealed that purslane possesses both the C4 and CAM adaptations. This allows the weed to be productive and tolerant during droughts.

But until the Yale study, experts thought that C4 and CAM operated independently within the leaves.

The new study shows that both C4 and CAM activity are completely integrated into the hardy weed.

For the study, the research team analyzed gene expression in purslane leaves. The results showed that both C4 and CAM operate in the same cells and that products from the CAM reactions were being processed straight into the C4 pathway.

The Yale researchers hope that their study findings can be used to develop drought-resistant crops.

“In terms of engineering a CAM cycle into a C4 crop, such as maize, there is still a lot of work to do before that could become a reality,” said Edwards. “But what we’ve shown is that the two pathways can be efficiently integrated and share products.”

The study revealed that C4 and CAM are more compatible than originally thought. The researchers then suspected that there could be many other C4+CAM species like purslane out there that have yet to be discovered.

While purslane is a known weed, it’s also an edible and nutritious vegetable. You can eat it raw or cooked.

It is a succulent plant that contains about 93 percent water. Purslane has red stems and small, green leaves.

Purslane has a slightly sour or salty taste, like spinach and watercress. You can use purslane like you would lettuce and spinach, so add it when making salads or sandwiches.

Purslane grows in many parts of the world and in a wide range of environments. The weed can grow in gardens and sidewalk cracks, but it can also adapt to harsher conditions like very salty or nutrient-deficient soil.

The same serving also contains trace amounts of vitamins B1, B2, B3, folate, copper and phosphorus. A 100-gram serving of purslane only has 16 calories, making it one of the most nutrient-dense foods on the planet, calorie for calorie.

Purslane is full of many antioxidants and beneficial plant compounds:

Data from a study on obese teenagers revealed that purslane seeds reduced LDL or “bad” cholesterol and triglyceride levels. Both are linked with a greater risk of developing heart disease. The scientists who conducted the study said that these effects may be due to the antioxidants and plant compounds in purslane seeds.

Visit FoodSupply.news to learn more about purslane and other beneficial plants.

Watch the video below to know more about the health benefits of purslane.

This video is from the Health with benefits channel on Brighteon.com.