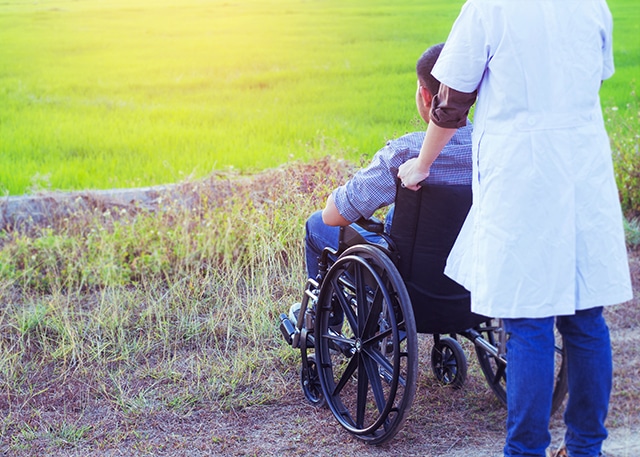 (Natural News)
A study has found that people with paralyzing spinal cord injuries may be able to walk again with the help of unique electrical devices that zap certain nerves with electricity.

The new study, published on Nov. 9 in the peer-reviewed scientific journal Nature, involved both animal and human trials. The researchers pinpointed to a specific group of nerve cells that they believe are the key to helping people recover their ability to walk after a spinal cord injury that leaves them with lower limb paralysis. (Related: Scientists evaluate the outcomes of nerve transfer surgery used to reanimate upper limb function in tetraplegia.)

For context, electrical stimulation of the spinal cord is already being used in mainstream medicine to relieve pain among people with spinal cord injuries.

The study’s human trials involved nine people with varying degrees of lower body paralysis. Electrical stimulation accelerated walking recovery in most of them.

Bloch and the other researchers implanted electrical devices into the spinal cords of the nine experiment participants. They had spinal cord injuries in a similar area. Six of the participants had some feeling in their legs, but little to no ability to move them. The remaining three could not feel or move their legs at all.

The nine participants had surgery to get the electrodes implanted atop their lower spinal cords, right below the muscle and bone but outside the membrane encasing the nerves in the spine.

The participants were then given five months to train with their implants. They started out by practicing standing, walking and then performing various exercises indoors while wearing a weight-bearing harness, and the exercise regimen ended with training outdoors with a walker for stability.

The exercises were done with the electronic implant switched on. But, as the months progressed, four of the nine participants were able to walk and bear weights even with the device switched off.

The findings were consistent with the hypothesis the researchers had going into the study – that certain types of neurons in the spine that have lost their inputs from the brain following an injury can be “reawakened or repurposed to restore movement if they are given the appropriate combination of stimulation and rehabilitation,” wrote researchers Eiman Azim and Kee Wui Huang of the Salk Institute for Biological Studies in San Diego, California.

An analysis of neuron activity in the spinal cord also found that, as each participant regained more of their ability to walk, overall activity in the spinal cords decreased in response to the electrical stimulation. This suggests that the combination of stimulation and rehabilitation are reorganizing the nervous system in such a way that fewer and fewer cells are needed to complete actions like walking.

“When you think about it, it should not be a surprise because in the brain, when you learn a task, that’s exactly what you see – there are less and less neurons activated” as you improve, said co-senior author Gregoire Courtine, a neuroscientist and professor at the Swiss Federal Institute of Technology in Lausanne.

Aziz and Huang noted that understanding the electric stimulation system – known as epidural electrical stimulation – and how it reshaped spinal circuits can help future researchers “to develop targeted techniques to restore walking and potentially enable the recovery of more complex movements.”

Learn more about medical breakthroughs and discoveries at Breakthrough.news.

Watch this video and learn about spinal cord regeneration, a form of spinal cord injury treatment with binaural beats and isochronic tone.

This video is from the Health With Benefits channel on Brighteon.com.

Can you juice up your gray matter? Study finds mild electrical stimulation improves brain function in the elderly.