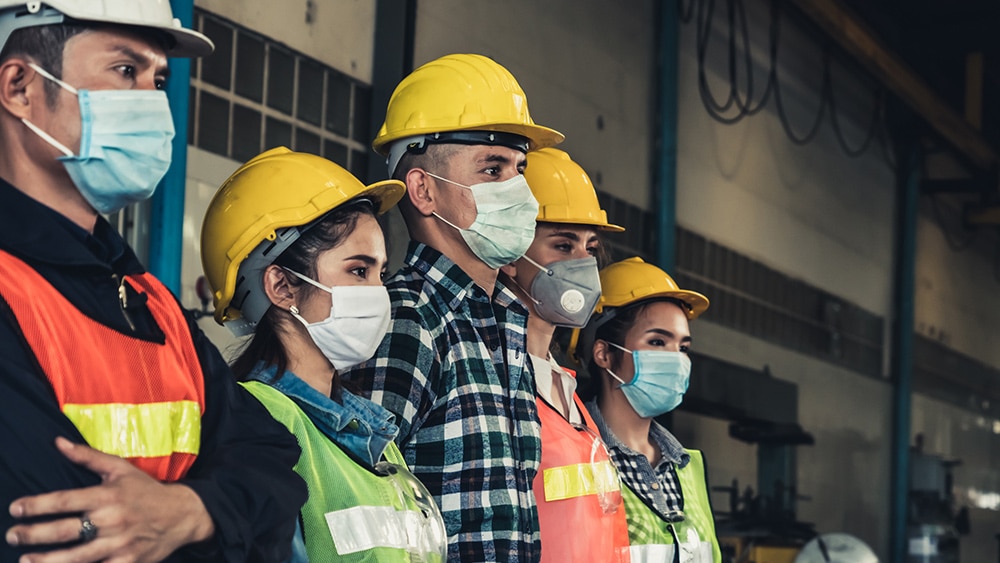 (Natural News) A new study finds that cultivation and enrichment of microbes on the face can infiltrate the lungs through unconscious aspirations and cause inflammatory responses and advanced stage lung cancer. The nose and the mouth were designed to take in oxygen without strain, uninhibited. The oxygen travels down the trachea and splits off into two tubes called the bronchi. From there, the oxygen travels down a series of bronchioles until it reaches the alveoli, which are tiny air sacs covered with blood vessels. These air sacs take the oxygen directly to the heart, where it is dispersed throughout the body.

When a person exhales, the process is put in reverse and the lungs exhale carbon dioxide. This carbon dioxide gas is the vehicle that allows the organ systems to rid the body of wastes. When this process is obstructed or restrained for prolonged periods of time, the lungs and the heart struggle to nourish the rest of the body. Long term mask wearing also hinders the body’s natural ability to detoxify wastes, creates an acidic environment, and slowly strains the organ systems throughout the body.

Masks are priming the lungs for inflammation and lung cancer pathology

The researchers found that the lungs are not just a sterile environment. When microbes inundate the lungs, they can active an immune response. This causes inflammatory proteins such as the cytokine IL-17 to appear.

Microbes that are normally found in the mouth can make their way into the lungs. “Given the known impact of IL-17 and inflammation on lung cancer, we were interested in determining if the enrichment of oral commensals in the lungs could drive an IL-17-type inflammation and influence lung cancer progression and prognosis,” said Leopoldo Segal, Director of the Lung Microbiome Program and Associate Professor of Medicine, New York University Grossman School of Medicine. (Related: Masked schoolchildren are harmed physically, psychologically, behaviorally and suffer from 24 distinct health issues.)

The research team used diagnostic clinical bronchoscopies to analyze the lung microbiomes of 83 untreated adult patients who were diagnosed with lung cancer. They identified the composition of each microbial environment and documented which genes were expressed as a result. They found that lung tissue from patients with advanced state lung cancer (stages 3b-4) was more enriched with microbes than lung tissue of patients who had early stage disease. This increased enrichment of oral bacteria in the lungs was also associated with decreased chance of survival, no matter the stage of tumors. The bacteria colonies that caused the most damage was Veillonella, Prevotella, and Streptococcus bacteria, all of which are more readily cultivated in a mask. Tumor progression was associated with the enrichment of Veillonella, Prevotella, Streptococcus, and Rothia bacteria. The cultivated microbes infiltrate the lungs and affect genetic expression, namely the p53, PI3K/PTEN, ERK, and IL-6/IL-8 signaling pathways.

In further evaluation, the cultivation of Veillonella parvula in the lungs of mice led to expression of inflammatory proteins, increased expression of IL-17, and the presence of immune suppressing cells. “Given the results of our study, it is possible that changes to the lung microbiome could be used as a biomarker to predict prognosis or to stratify patients for treatment,” said Segal. Prolonged mask wearing not only puts strain on the heart and lungs but also cultivates a microbial environment that is more likely to infiltrate the lungs and create an environment of cancer.

For more on cancer research, check out Cancer.news.