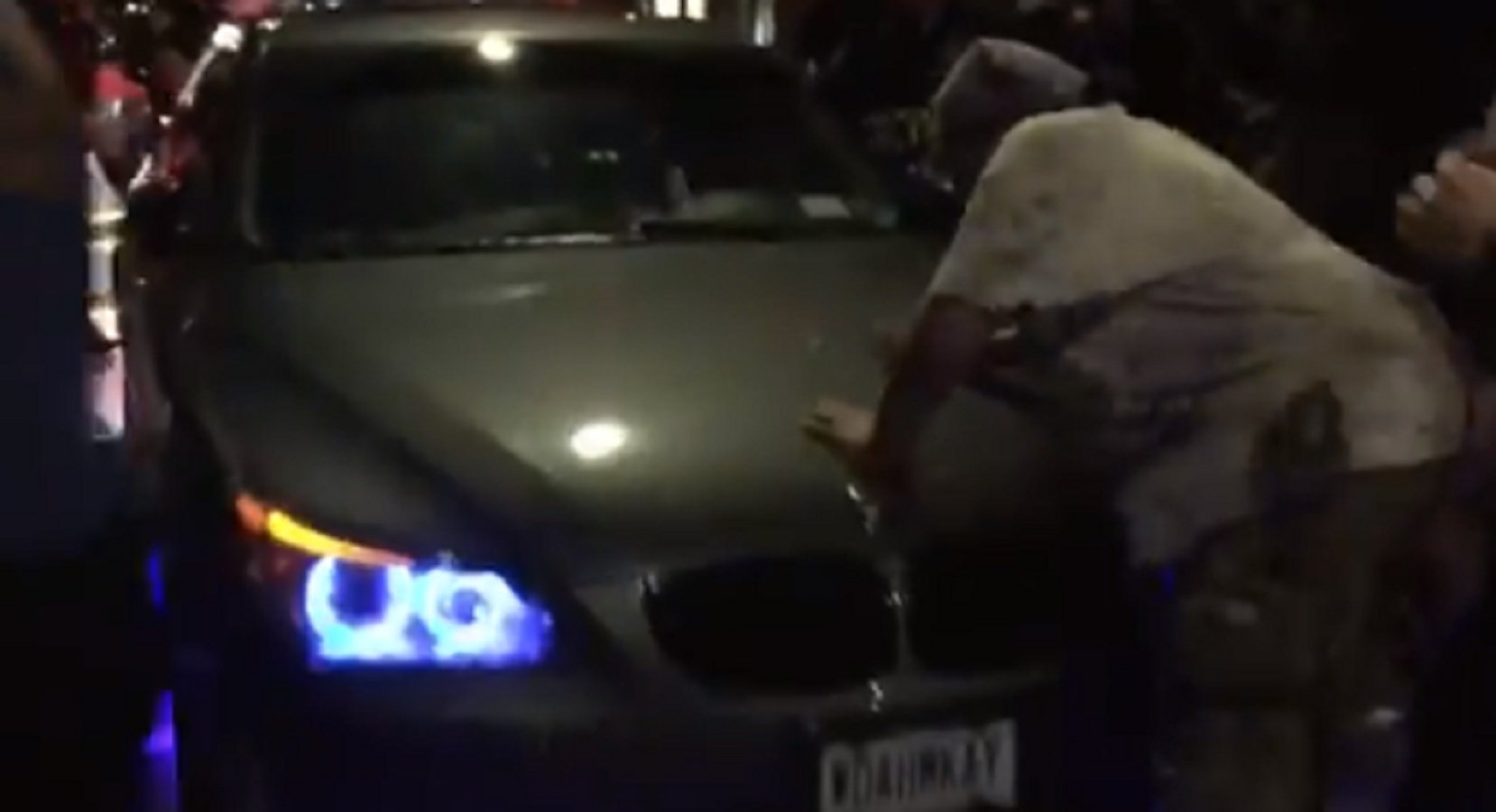 The teenage son of a retired New York Police Department inspector has been charged after driving his car through a crowd of protesters that were surrounding him and preventing him from moving.

At least two members of the anti-police mob were injured when Justin Burgos, 18, drove his car through them after they refused to back away from his vehicle.

The mob was using bicycles near Bleecker and W. 10th Streets to block traffic at about 10:20 p.m. on Wednesday. They were calling for Sergeant Joseph Cuervo to be fired for allegedly assaulting a gay Black man in 2013.

Video of the incident shows Burgos honking the horn on his BMW attempting to get them to move, but the mob would not relent. One of the bikes ended up under his vehicle as he attempted to pass through and was removed by a police officer, causing the mob to surround his car.

TRENDING: Even the Audience is Fake: Check Out the Crowd at Joe Biden’s CNN Town Hall

“Someone just ran their car into #FireCuervo protesters right outside of NYPD’s 6th precinct,” wrote Twitter user @AshAgony, who posted the video. “NYPD came & ripped a protester’s bike out of the car’s way before the car went through & hit protesters as it sped off. Protesters ran after the car & then cops ran after them & the car.”

#FireCuervo protesters ran after the car after it hit people. Cops kinda just stood around at first until they got told to get the car. NYPD TARU continued recording & surveilling protesters. pic.twitter.com/hyTkTqPg0i

The New York Daily News reports that “police stopped Burgos on Grove and W. 6th Sts. and charged him with leaving the scene of an accident, reckless endangerment, fleeing an officer in a vehicle and other charges. His arraignment in Manhattan Criminal Court was pending Thursday.”

One of the members of the mob was treated for an injured knee.

It is unclear if any of the mob members who were impeding his movement have been charged.