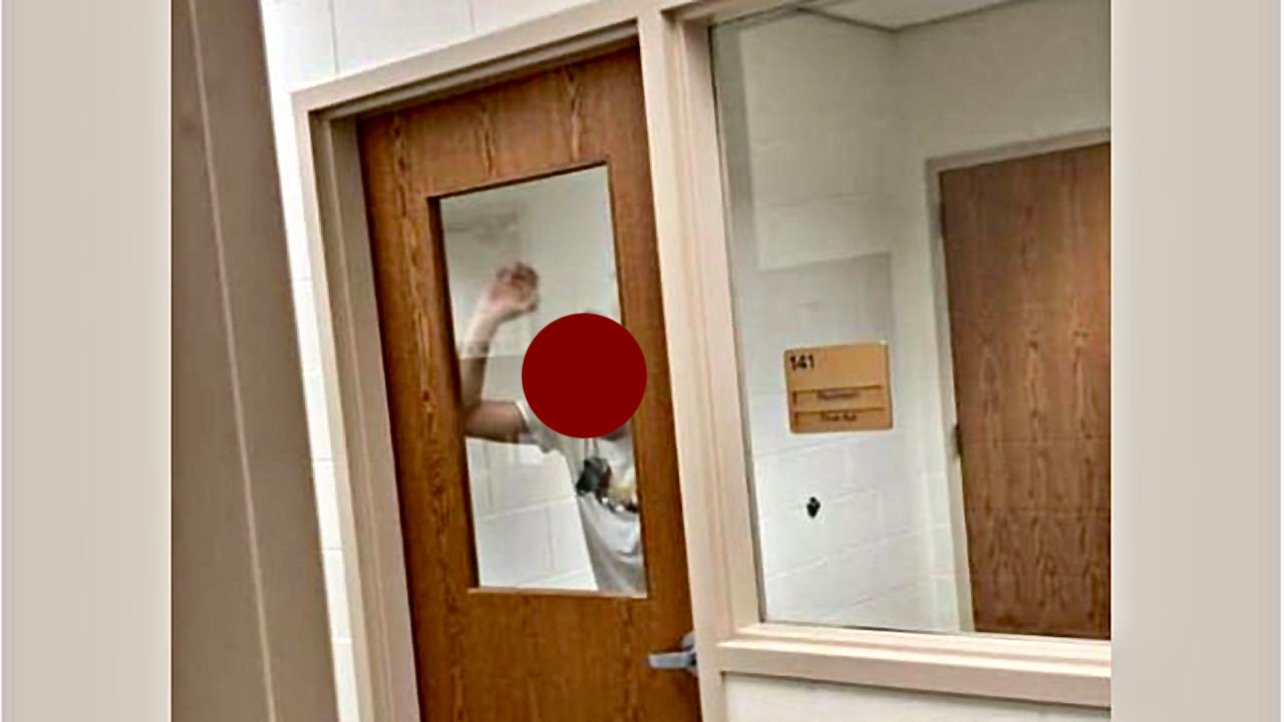 The Teutopolis, IL Unit 50 School District confined five students in isolation in separate rooms for several hours for not wearing a mask as a way of protesting the school’s mask mandate.

The Edgar County Watchdogs obtained a photo of one of the students confined in a small room. The student appeared to be of high school age.

However, new rules were approved in the States of Illinois governing the isolation of students. It states that isolation may be used only  if the student’s behavior presents an imminent danger of serious physical harm to the student or to others, when other less intrusive measures have been tried and failed, staff members have been trained in isolation techniques, etc.”

“The people on the school board are my friends and neighbors. The teachers, students, faculty, parents etc are my friends and neighbors. To take the focus off where these mandates came from and route them to our local schools isn’t fair. Our board voted no mask. until half the students signed a petition saying they would wear the masks if it made life even a little more normal. If you want to be mad, be mad at the ISBE which was appointed by JB pritzker who finally punished your children enough to get them to succumb to their wishes.”

Last August 19, the school district was put on probation for 60 days after the board voted no for mask mandate. The district was threatened and would have lost all accreditation from ISBE — meaning a loss of state and federal funding, along with ineligibility for state athletic and extracurricular competitions if the mask mandate have not been approved by the board after 60 days.

With the pressure from the Illinois State Board of Education, Teutopolis Unit 5o school board voted to approve a mask mandate for all students and staff, effective Friday.

(The Gateway Pundit has reached out to Teutopolis Unit 50 Board of Education for a comment regarding this incident. We will update this story as we receive more information.)